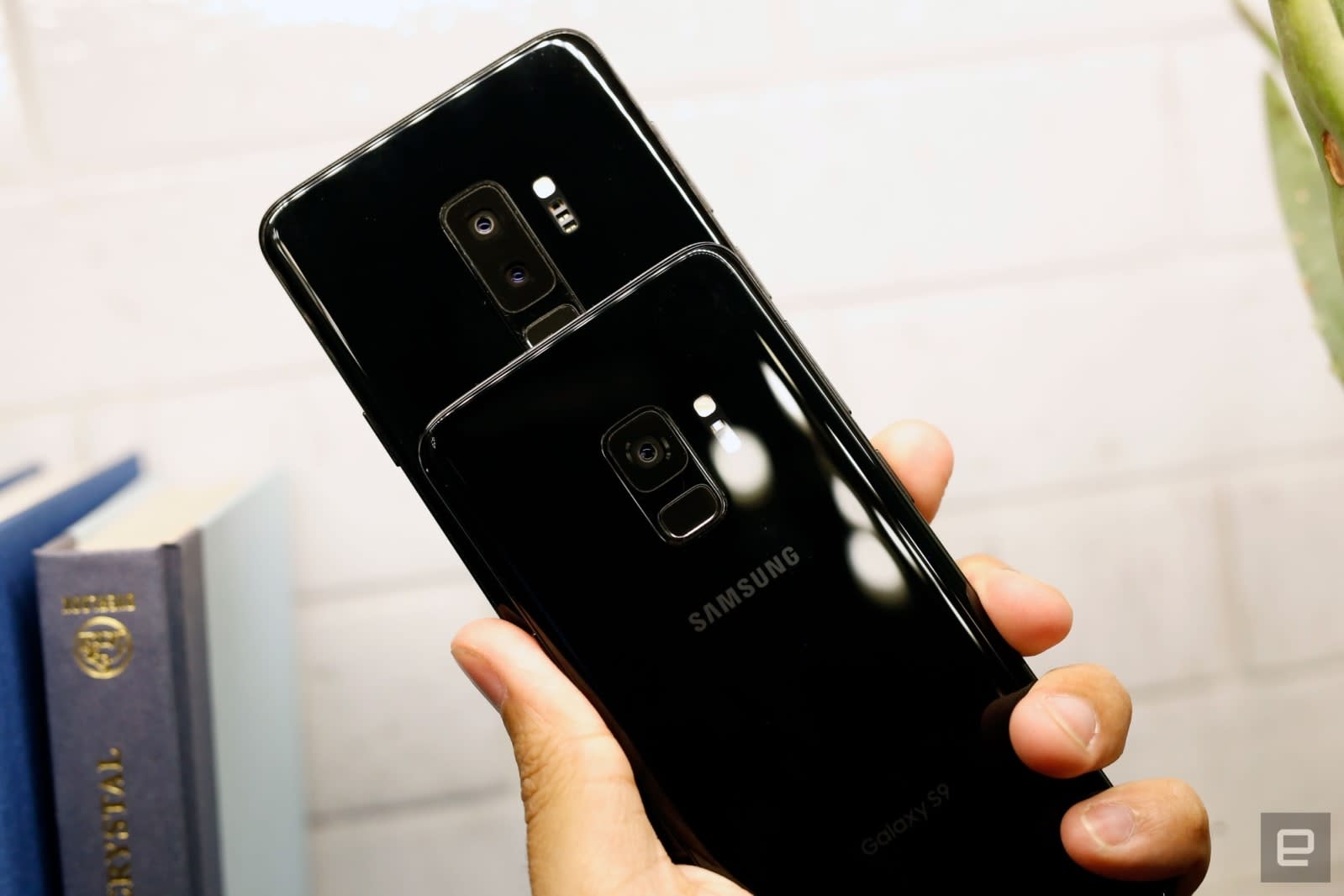 If you thought the Galaxy S9 was a timid upgrade, you might not have much room to complain about its follow-up. Wall Street Journal sources claim Samsung is readying a full four variants of the Galaxy S10, including a 6.7-inch behemoth (nicknamed "Beyond X") that would support 5G and pack six cameras -- two in the front and four in the back. Samsung would reportedly unveil "at least" this headliner in mid-February, but its release would be tied to the availability of 5G networks. The company has apparently talked to AT&T, T-Mobile and Engadget parent Verizon (which might get some kind of exclusive) in addition to South Korean networks, but nothing is set in stone at this point.

The other three phones would be relatively pedestrian... relatively. They'd carry screens ranging from 5.8 inches to 6.4 inches, and would offer between three to five cameras total. Their designs aren't finalized, but they might incorporate the ability to wirelessly charge other phones à la Huawei's Mate 20 Pro. Outside of this rumor, Samsung has been dropping hints at potential S10 changes such as notched displays (including a possible circular cutout), AI-savvy processors and higher-resolution cameras.

All the whizz-bang improvements might be necessary. Samsung's mobile business hasn't been faring well lately, in part because the S9 and Note 9 were iterative upgrades in an increasingly saturated smartphone market. The company is essentially facing its iPhone X moment -- that is, it wants a high-end handset that will convince people to upgrade their years-old phones and pay more than they might have expected. Features like 5G and advanced photography could be crucial hooks, even if the former technology will only be useful to a small number of people in the near future.

In this article: 5g, android, att, beyondx, galaxys10, gear, mobile, samsung, smartphone, t-mobile, verizon
All products recommended by Engadget are selected by our editorial team, independent of our parent company. Some of our stories include affiliate links. If you buy something through one of these links, we may earn an affiliate commission.