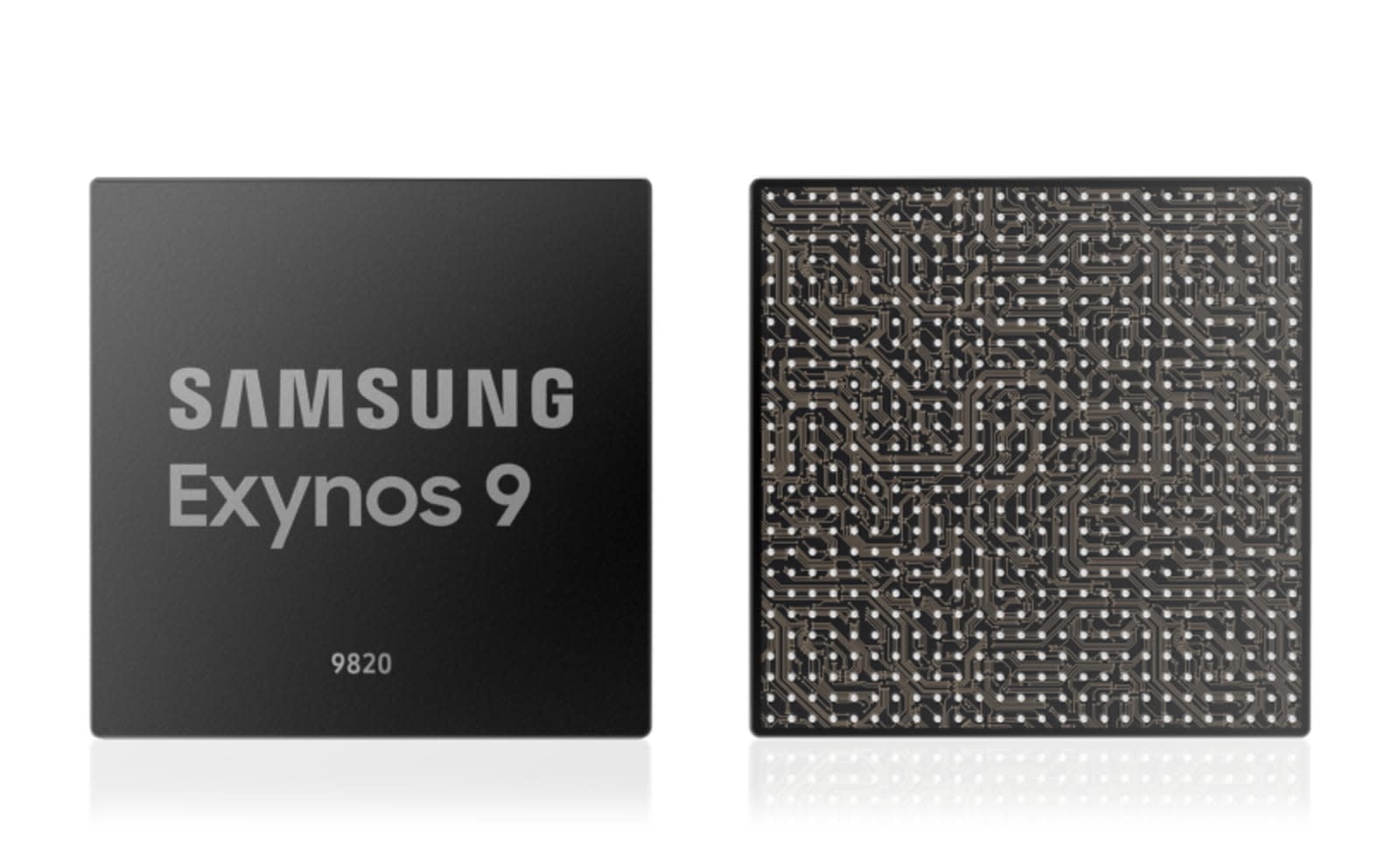 Samsung has announced its latest system-on-chip (SoC), the Exynos 9 Series 9820 processor, geared specifically towards managing on-device artificial intelligence applications. Unlike its predecessors, this processor contains an AI-accelerator, or NPU, that means AI-related processing can be carried out directly on the device, rather than sending the task to a server. This adds up to seven times faster performance.

It also delivers around 20 percent improvement in single core performance, or 40 percent in power efficiency, when compared to previous versions -- multi-core performance has also been boosted by around 15 percent. What does this all mean for your devices? Well, for a start you'll be able to enjoy a variety of new experiences, such as instantly adjusting camera settings for a shot based on the surroundings, or recognizing objects to provide information in augmented or virtual reality settings. Boosted broadband speeds of 2.0Gbps mean that a high definition movie can be downloaded in about 15 seconds, while MMOGs can be played with less lag.

The announcement echoes Qualcomm's recent SoC work -- two new chipsets built specifically for IoT gadgets. And it follows similar launches from Apple and Huawei. Clearly, chipmakers have their sights set on increasingly sophisticated applications, as well as the traditional objectives of speed and performance.

The Exynos 9 Series 9820 is expected to be in mass production by the end of this year, and while it's true that Samsung largely continues to use Snapdragon chips in the US instead of its own Exynos line, it's likely that this chip, or something like it, will make its way into the international versions of future Samsung phones such as the Galaxy S10.

In this article: AI, broadband, chip, core, Exynos9, gadgetry, gadgets, gear, internet, IoT, mobile, processor, Qualcomm, samsung, services, Snapdragon, virtualreality
All products recommended by Engadget are selected by our editorial team, independent of our parent company. Some of our stories include affiliate links. If you buy something through one of these links, we may earn an affiliate commission.