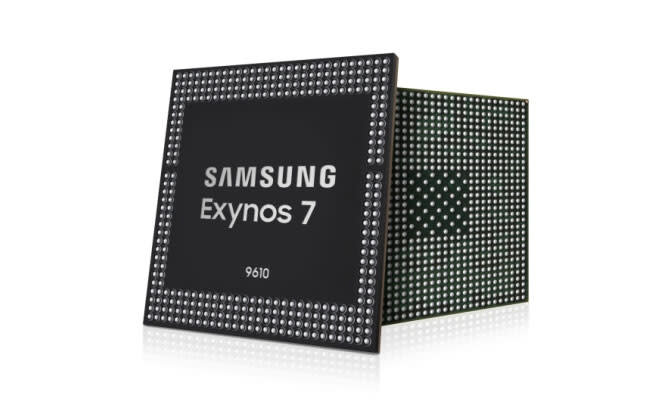 Samsung's latest application processor (AP) is set to significantly improve photo-taking in mid-tier phones. The Eyxnos 7 9610 has boosted deep learning image properties, so it'll recognize faces in pictures even if they're not facing the camera, or if they're obstructed by hair or hats.

Finally, its embedded all-network LTE modem supports 600 megabits per second (Mbps) downlink and 150Mbps uplink, alongside a bunch of wireless features such as longer range Bluetooth 5.0 and a four-mode global navigation system.

In short, it packs a powerful punch for a mid-tier phone AP, although products like Exynos 7 are largely aimed at the Chinese market. The company says it expects to start mass producing the AP in the second half of this year.

In this article: AP, ApplicationProcessor, camera, China, deeplearning, Exynos, Exynos79610, FacialRecognition, mobile, photograph, processor, samsung
All products recommended by Engadget are selected by our editorial team, independent of our parent company. Some of our stories include affiliate links. If you buy something through one of these links, we may earn an affiliate commission.