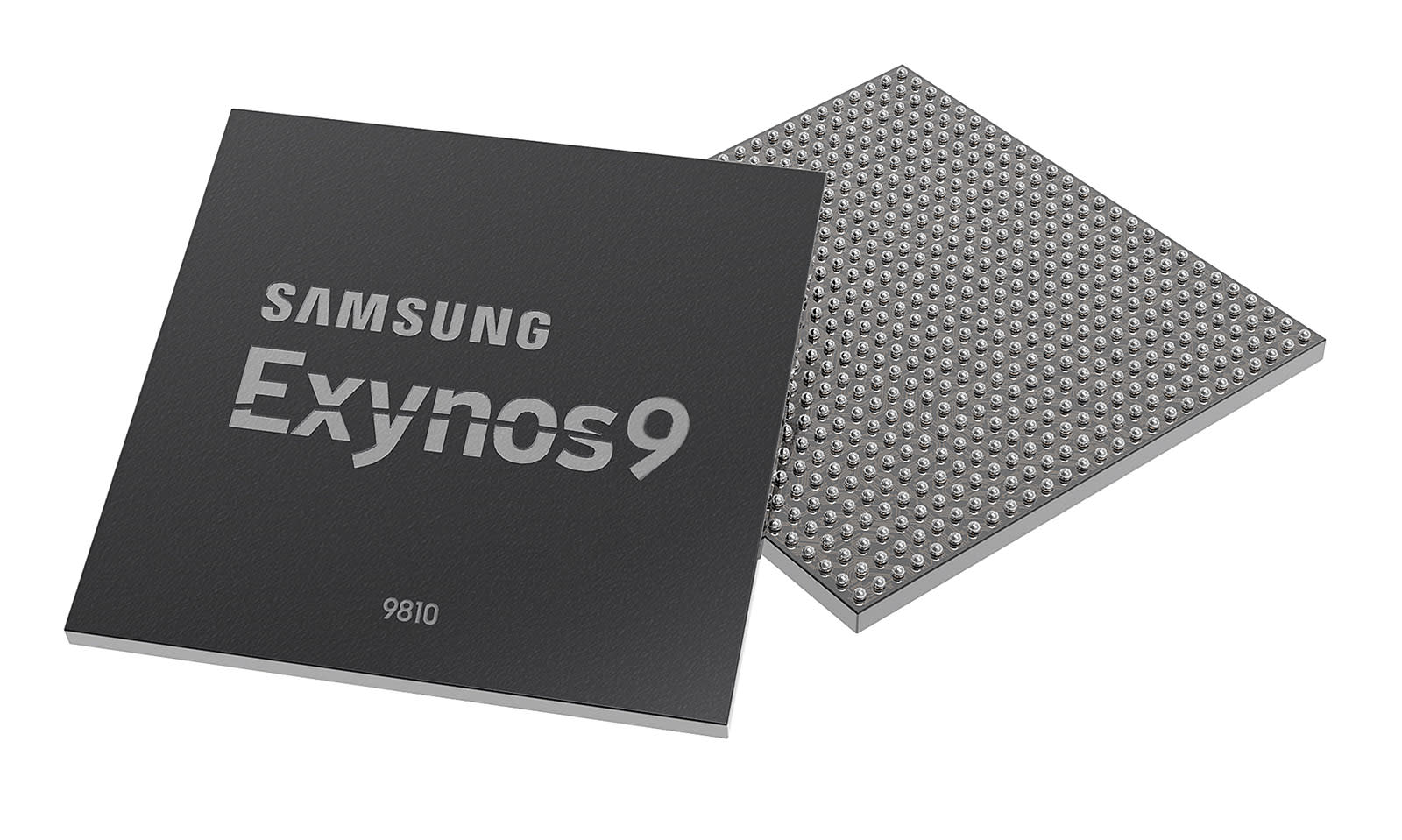 Samsung has unveiled its next-generation smartphone chip that will give its upcoming Galaxy S9 some iPhone X-like features, including face unlocking and animated emojis. The Exynos 9810 is built on its second-generation 10-nanometer fabrication tech, and will outperform the current flagship Exynos 8895 chip by up to 100 percent in single-core mode, Samsung said. The chip is likely to be sold in Asia, while US and European customers will get the Qualcomm Snapdragon 845 chip.

Samsung emphasized that the new chip will be much better at AI, improving face detection, image recognition and other deep learning activities. That, in turn, will allow it to do real-time scanning of your face in 3D.

"Hybrid face detection enables realistic face-tracking filters as well as stronger security when unlocking a device with one's face," the press release notes. In other words, future Galaxy smartphones will offer Samsung's answer to Apple's FaceID and animated emojis. Samsung notes that the chip has a separate, secure processing unit for fingerprints, iris scans and other sensitive biometric data.

By utilizing both hardware and software, hybrid face detection enables realistic face-tracking filters as well as stronger security when unlocking a device with one's face. For added security, the processor has a separate security processing unit to safeguard vital personal data such as facial, iris and fingerprint information.

The Exynos 9810 is one of the first chips with a Cat.18 LTE modem featuring 6x carrier aggregation and up to 1.2Gbps download and 200Mbps upload speeds. Samsung also promised better image stabilization, reduced noise in low light, 4K recording at up to 120 frames per second and "real-time, out-of-focus photography in high resolution," it said. On top of that, you'll be able to playback video at up to 10-bits (1.07 billion colors) with VP9 support at Ultra HD resolutions.

The Exynos 9810 is now in mass production, Samsung says, but the big question now is whether the chip for the rest of us, the Snapdragon 845, will have exactly the same feature set. From what we saw late last year, however, it appears that the chip functions and specs are nearly identical. That's not too surprising, because Samsung is reportedly also building the Qualcomm chip using exactly the same second-generation 10-nanometer fab process.

In this article: 10-bit, AI, CES2018, Exynos9, Exynos9810, FacialRecognition, gear, GigabitLTE, HDR, mobile, Processor, samsung
All products recommended by Engadget are selected by our editorial team, independent of our parent company. Some of our stories include affiliate links. If you buy something through one of these links, we may earn an affiliate commission.