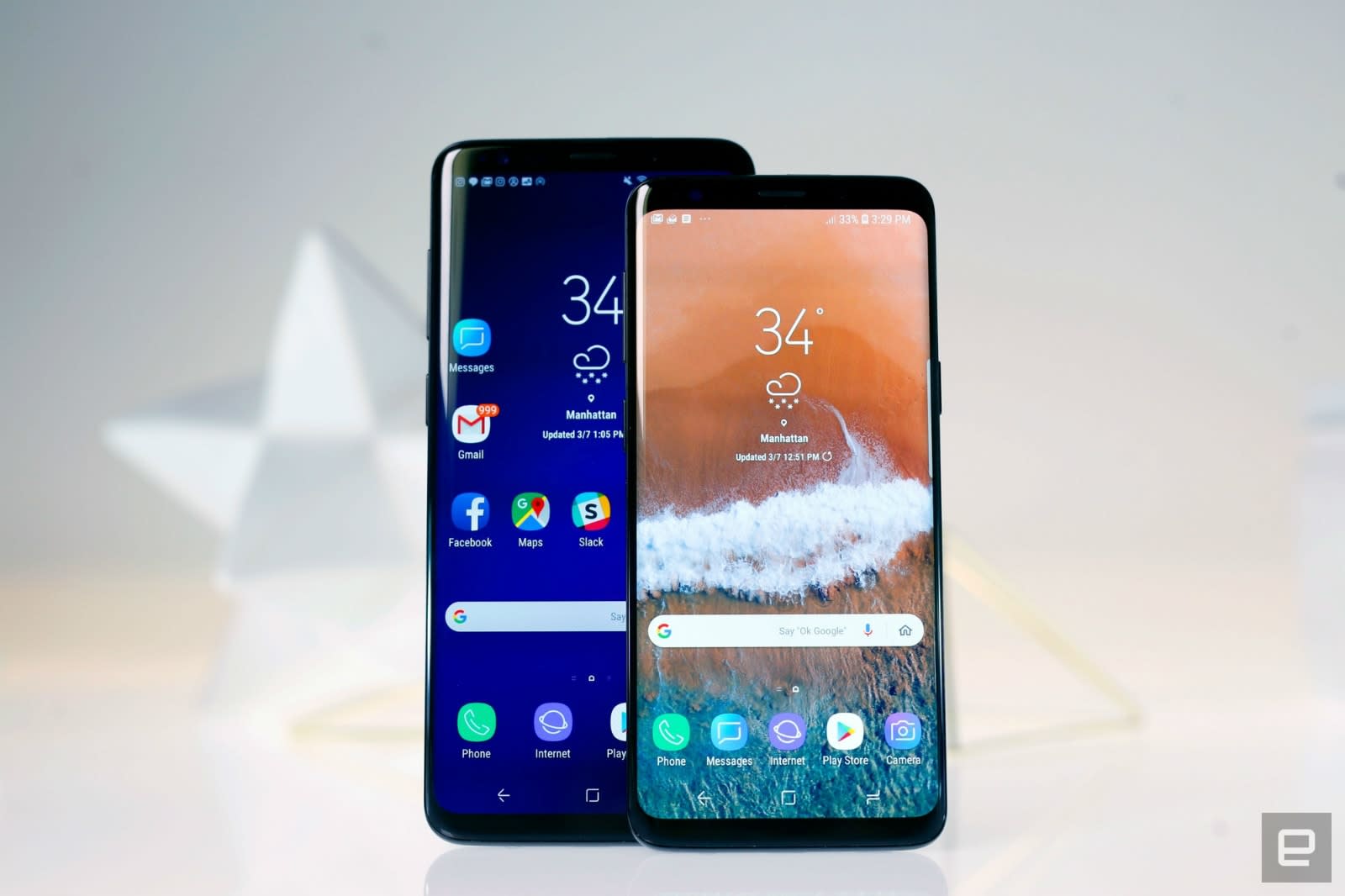 The new iPhones had their moment, next up it's Samsung's turn. The Korean electronics titan is juggling a number of devices that look set to drop next year, according to a fresh Bloomberg report. Borrowing from Apple's handbook, they include three Galaxy S10 models: an upgraded successor to the S9 (codenamed "Beyond"), an even bigger S10 Plus, and a cheaper device (in the vein of the iPhone XR).

As has been the norm for Samsung flagships since 2014's Galaxy Note Edge, the two high-end models may pack curved OLED screens and, as previously suggested, in-display fingerprint sensors (a trick you'll find on Chinese phone-maker Vivo's Nex S). A rear triple camera setup is also on the cards, while the front camera will be "visible and tucked under the screen." What's more, Samsung is apparently in talks with Verizon to launch the S10 in the US with a 5G-capable chipset.

Cost-cutting means the cheaper unit could inevitably lack those flourishes. A fourth S10 prototype without a headphone jack is also reportedly in the works -- though it's unclear if it will get an official launch. However, there's no word on pricing.

In addition, the report offers some new details on the company's long-gestating foldable phone (codenamed "Winner"). It seems Samsung is still on the fence about whether the phone's display should fold vertically or horizontally, meaning the device (tipped to land between November and early 2019) could be farther off than thought. To no one's surprise, Samsung is refusing to confirm the details this far ahead of launch.

In this article: galaxys10, galaxys10plus, gear, mobile, samsung
All products recommended by Engadget are selected by our editorial team, independent of our parent company. Some of our stories include affiliate links. If you buy something through one of these links, we may earn an affiliate commission.