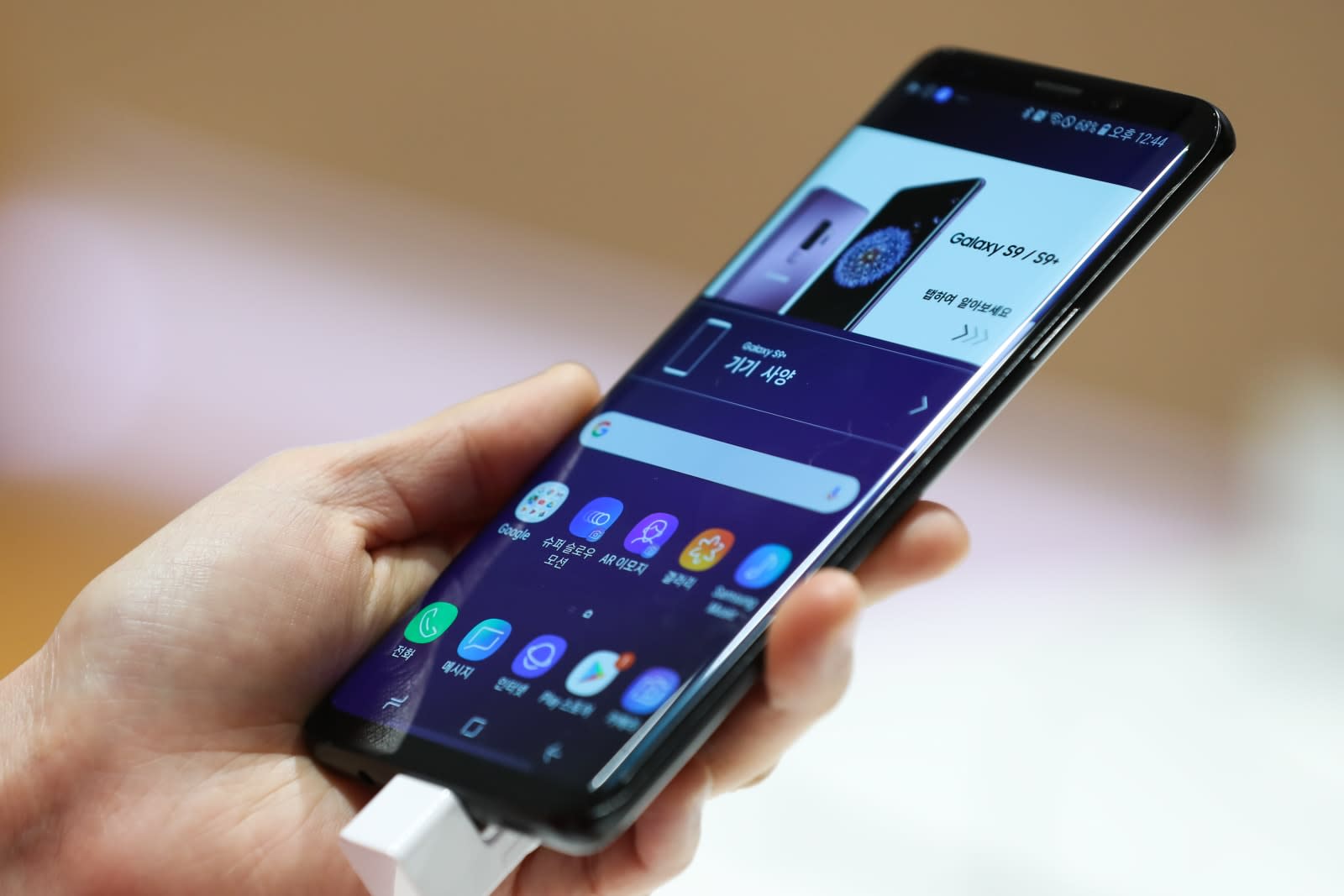 The Galaxy S9 may have been a modest evolution of its predecessor, but you might not get to level that accusation against the S10. Korean financial news outlet The Bell claims that the Galaxy S10 (codenamed "Beyond") will include an in-display fingerprint reader similar to devices like the Oppo Find X or Vivo Nex. You wouldn't have to lift up your phone and hunt for the reader on the back. It's reportedly "considering" an iPhone X-style face recognition system at the same time, so you might even have a choice of cutting-edge biometric sign-ins.

This switch might lead to a casualty, however: the iris scanner could be going away. There's no guarantee it will die (it might show up if the other technologies don't pan out), but it would be more than a little redundant if everything goes according to plan. Not that we'd necessarily mind -- the iris recognition tends to be slow and fussy compared to depth-sensing facial recognition tech.

That wouldn't be the only trick up Samsung's sleeve, either. ETNews reports that the company may take a cue from Huawei's current lineup by offering three S10 models dictated largely by their camera abilities. A single-camera 5.8-inch model would "expand sales" as an entry-level model, while a similarly-sized dual-camera model would cater to middle-of-the-road buyers. The star of the show, though, would be a larger 6.2-inch version (S10 Plus?) with three rear cameras akin to the P20 Pro. How would they work? We don't know -- but if it's anything like Huawei's device, it'd be used for a mix of optical zoom and effects that aren't possible with 'just' two cameras.

It all sounds audacious (provided it's accurate), but it would make sense. This will represent the 10th anniversary of the Galaxy S line, and Samsung is under pressure to deliver something that represents the future of the lineup instead of a subtle upgrade. Even if the technology is ultimately recognizable from competing phones, including it all would show that Samsung isn't content to coast on its past successes.

In this article: android, fingerprint, fingerprintreader, fingerprintscanner, galaxys10, galaxys10plus, gear, iris, irisscanner, mobile, samsung, smartphone
All products recommended by Engadget are selected by our editorial team, independent of our parent company. Some of our stories include affiliate links. If you buy something through one of these links, we may earn an affiliate commission.