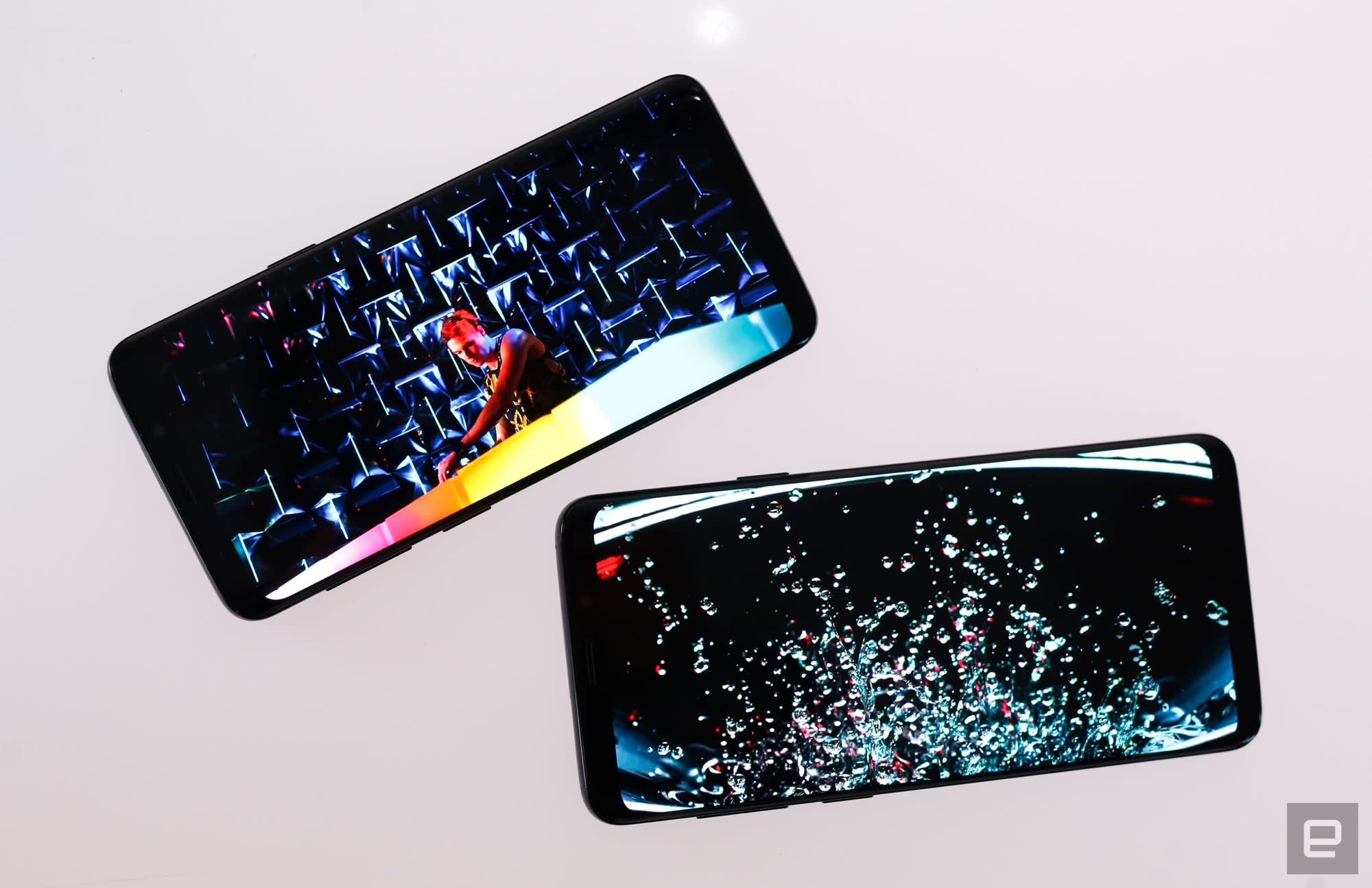 Samsung has been teasing the prospect of a foldable-screen smartphone for years, and even hoped to launch one this year. Now, however, it looks like that pipe dream might become a reality... if a little later than expected. Wall Street Journal sources have claimed that the folding-screen handset (codenamed "Winner") is now slated to arrive sometime in early 2019. It would have a 7-inch screen and would fold in half "like a wallet," with a compact "display bar" on one side of the folded phone and cameras on the back. It sounds somewhat like the design from a 2016 Samsung patent application, although there's little doubt that the real world product would vary sharply.

The company will reportedly start by targeting the handset at niche audiences like gamers. However, it eventually hopes for a "broader" debut in the second half of 2019, and the goal is to offer a third flagship on par with the Galaxy S and Galaxy Note lines. This might not be a one-off experimental phone like the Galaxy Note Edge, then.

There might be a major wrinkle to that, however: the price. Between the exotic display and the requisite high-end components (such as a large battery and a fast processor), Winner could "easily" cost more than $1,500. If you thought the Galaxy Note 8 and iPhone X were expensive handsets, they would seem like relative bargains after this.

You should see something somewhat more affordable in the future. The same tipsters reported that Samsung's promised Bixby smart speaker is expected to launch in "the next month or so" for $300 with a release likely coming around that of the Galaxy Note 9. The device supposedly looks like a bowl on legs, and would tout directional audio that can be sent in the direction of whoever's speaking. Samsung may pitch it as a high-end music player, which would have it compete with the likes of Apple's HomePod and Google's Home Max. It might face an uphill battle -- Bixby is still struggling more than a year later, and there's no guarantee that version 2.0 will lure people away.

In this article: android, bixby, foldable, foldingscreen, gear, lux, mobile, samsung, smartphone, smartspeaker, winner
All products recommended by Engadget are selected by our editorial team, independent of our parent company. Some of our stories include affiliate links. If you buy something through one of these links, we may earn an affiliate commission.