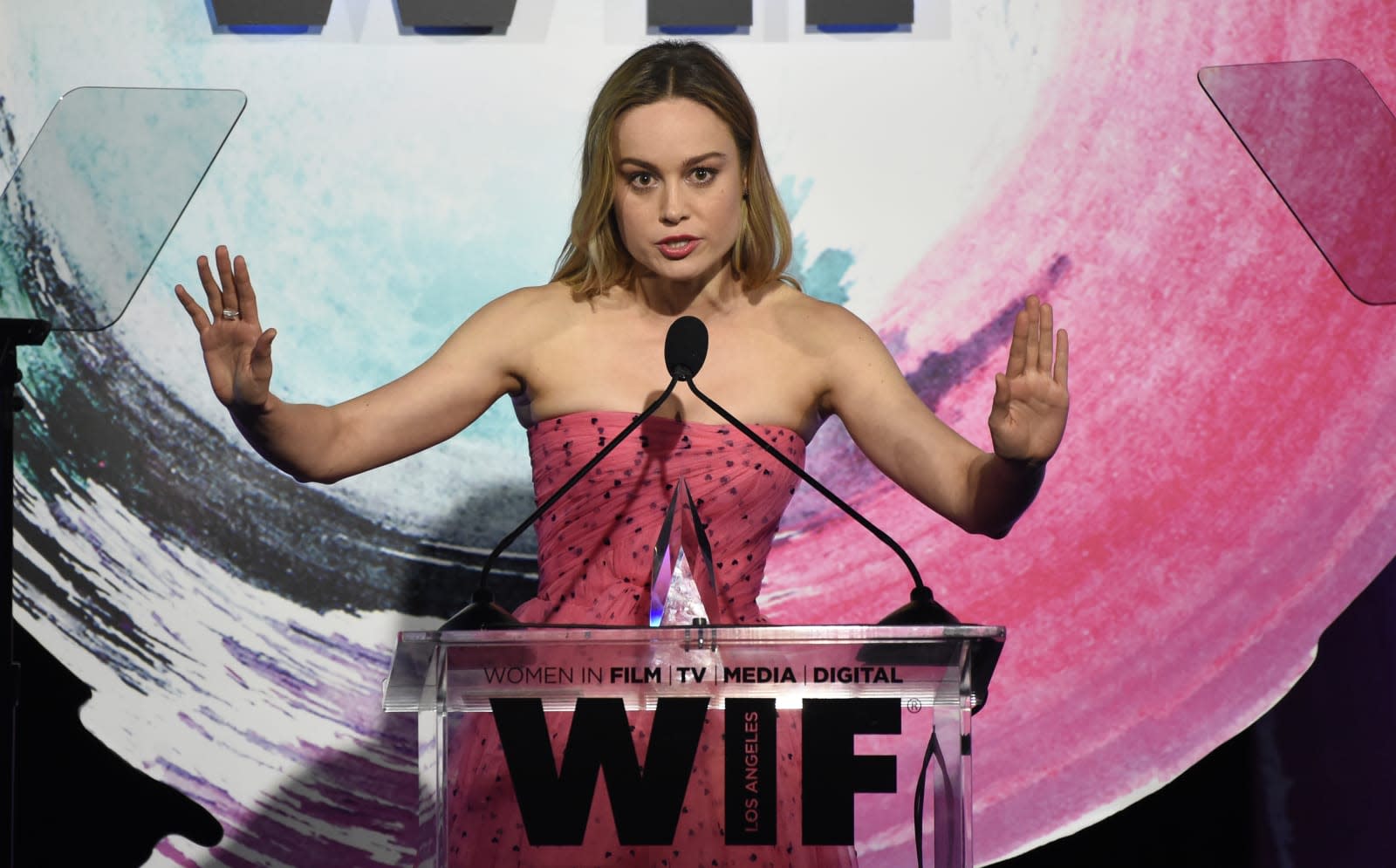 Brie Larson is set to star in a Netflix movie that highlights startup sexism as part of a two-film deal with the streaming service. Lady Business is based on a Fast Company article about two female entrepreneurs who invented a fake male cofounder in order to be taken seriously in the patriarchal business world.

Penelope Gazin and Kate Dwyer spoke of how they'd faced condescension from male developers when launching their weird art e-commerce site 'Witchsy." But that all changed when the fictional "Keith Mann" was magicked into existence. "It was like night and day," Dwyer told Fast Company in 2017. "It would take me days to get a response, but Keith could not only get a response and a status update, but also be asked if he wanted anything else or if there was anything else that Keith needed help with."

Fast forward to today, and Silicon Valley is still grappling with gender discrimination and harassment issues. In 2018, Google employees forced the tech giant to update its sexual misconduct policies after staging mass protests. And Uber agreed to pay 56 employees a total of $1.9 million for harassment claims.

Despite the roadblocks, Witchsy hustled its way to $200,000 worth of art sales in its first year and snagged an investment from Rick and Morty co-creator Justin Roiland. Larson will reportedly star and maybe even direct the film, according to Deadline. Before that, her directorial debut, indie dramedy Unicorn Store, will premiere on Netflix April 5th, around a month after Larson's Captain Marvel hits screens in the US.

In this article: av, e-commerce, entertainment, netflix, sexism, startup, StreamingVideo, StreamingVideoService
All products recommended by Engadget are selected by our editorial team, independent of our parent company. Some of our stories include affiliate links. If you buy something through one of these links, we may earn an affiliate commission.