Focal is no newcomer to the audio game. The French company has been around since 1979, and gained a following with its Grande Utopia speaker line. In recent years the company has been making headphones, many of which are at the higher end — like the Clear or Elegia. Not everyone has a four-digit budget though, and that's why the company has also added more affordable lines, such as the Sphear in-ear buds and the Listen over ears. Today the more affordable line grows with the Sphear Wireless ($129)— an untethered version of the original earbuds.

Despite the growing trend in recent years to go "truly" wireless, Focal opted to keep with the traditional design of two buds connected by a cable. As much as I am a fan of the true-wireless form factor, at an innovation level, I don't think it really solves a huge problem. Having a wire between the buds allows for better connectivity, which means less audio dropouts, and of course, it means you they can rest on your neck at times when you don't want them in your ears.

The buds themselves are mostly spherical (hence the name). A Focal spokesperson told me this design allows them to keep the weight of the headphones out of your ear canal, where the outer ear can support them. It's true that they are comfortable to wear, but I can't say I noticed a marked improvement over similar products (either way, all you need to know is they are comfy).

One aspect of the design I am less keen on is the plastic "lozenge" in the middle of the cable that houses the battery. I often found it being pulled to the left by the weight of the remote controls, meaning I had to occasionally readjust how they were positioned. 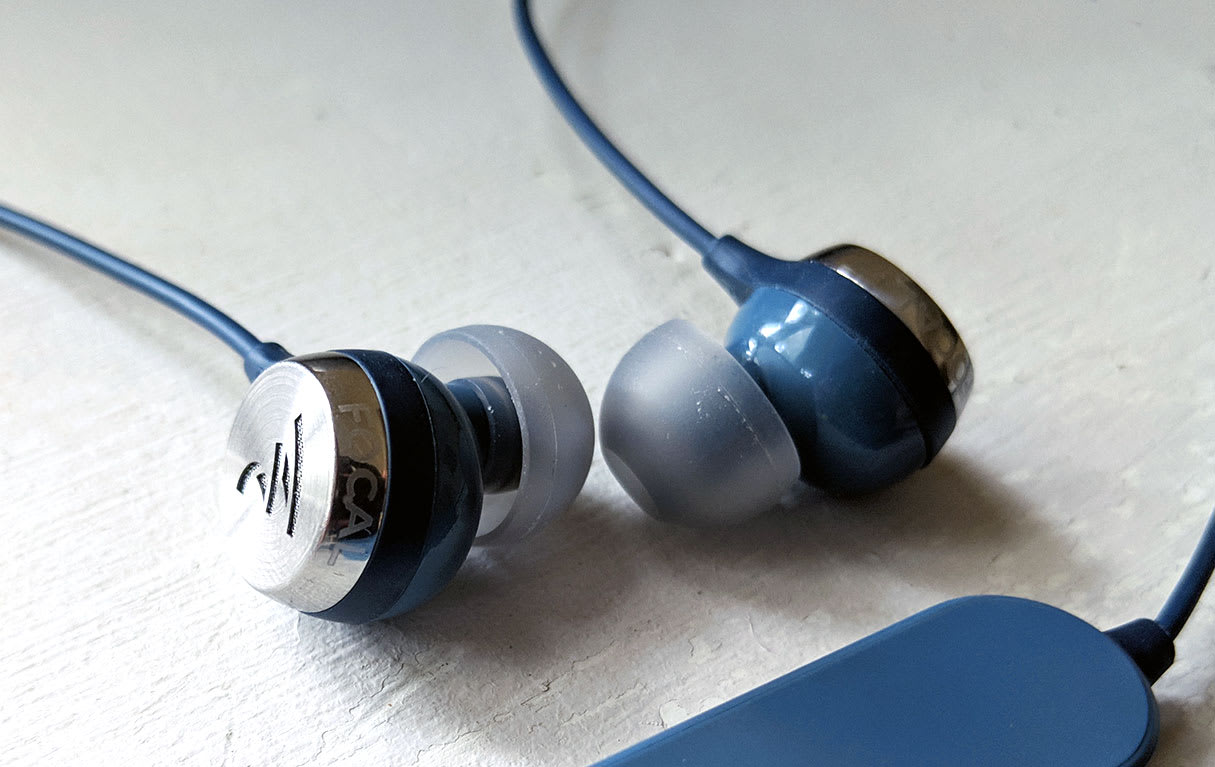 The material design doesn't matter so much if they sound fantastic though, right? I've been testing the Sphear Wireless out, ahead of today's announcement, and they do a solid job. The sound is at the higher end of what you'd expect at this price point. In particular, the soundstage is surprisingly wide for a headphone of this size. There's a definite sense of presence, of space, rather than sound just being piped into your brain.

At the mid- and higher range, sounds seem particularly crisp and spacious. This makes them a good choice for vocal-heavy or acoustic music — at least in my experience. I did, however, find them a little thin at the lower end for my taste. I like a definite presence of bass, especially when listening to electronic music, and I found it lacking here compared to something like the Pipe from AiAiAi.

Fortunately, the Sphear Wireless comes with two EQ modes: Neutral and Loudness. The former is the default, and as you can imagine, Loudness mode has a little more oomph. The difference between the two is actually very subtle, but in Loudness mode, there appears to be a little more emphasis on the low end, kick drums and baselines suddenly have a little more weight and texture. It's not a drastic change, but it's slightly more to my preference. Your mileage, as they say, may vary.

If you're looking at a wireless option at around this price point, you're not lacking choices. Bose, Beats, AKG, Klipsch and, well most other established brands offer something similar. What Focal offers with the Sphear Wireless is sound which either bests or rivals much of the competition at this price, but with a slightly more subdued design.

Earlier I mentioned what I wasn't so keen on (design-wise), but the interesting colorways (blue, olive, purple and good old black) and aesthetic simplicity are refreshing in a sea of techno-sporty rivals. Fitness tracking and gimmicks are fine, but sometimes you just want a product to do it job. Add into that decent wireless range and battery life (about eight hours per charge) and it all adds up to a promising package.