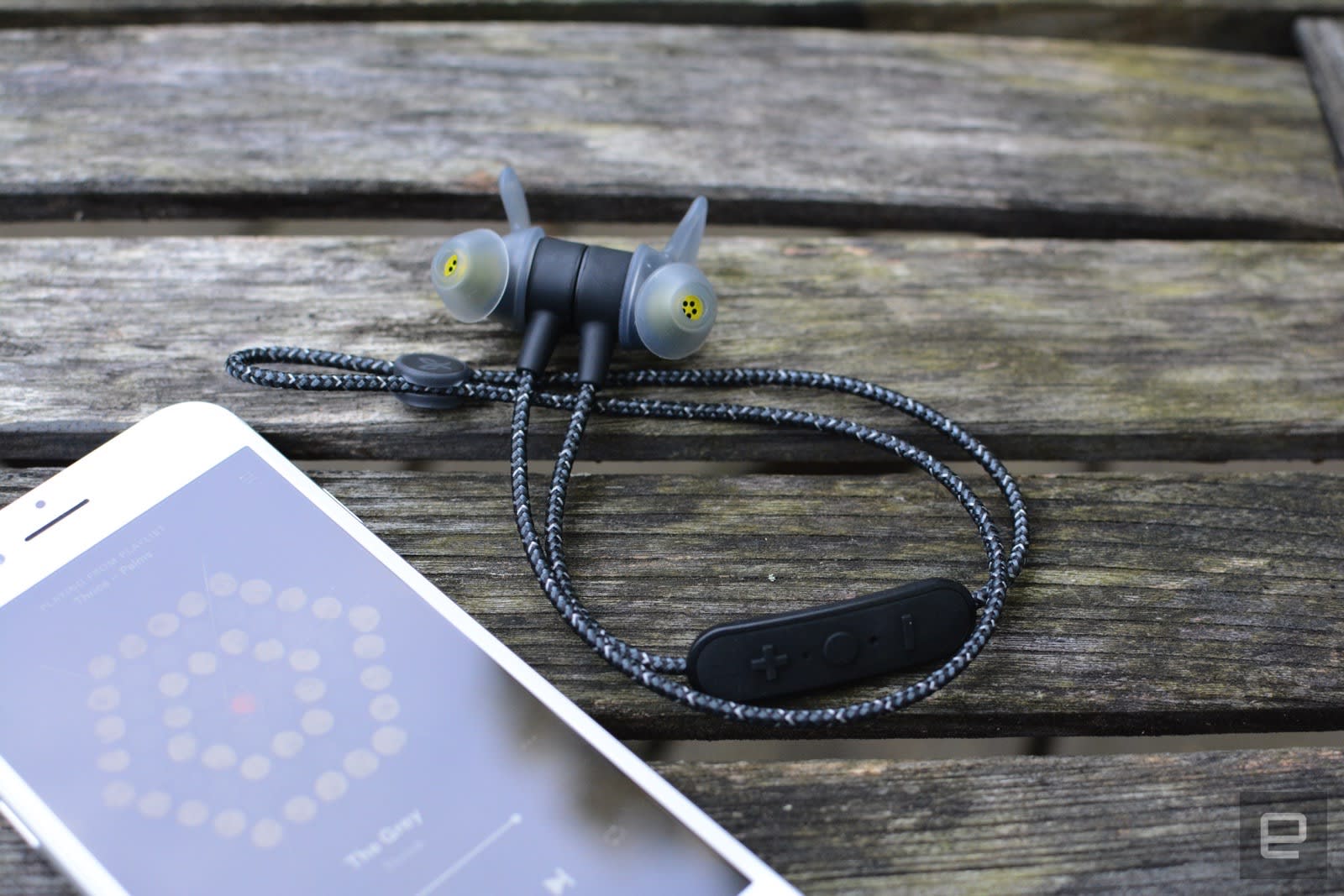 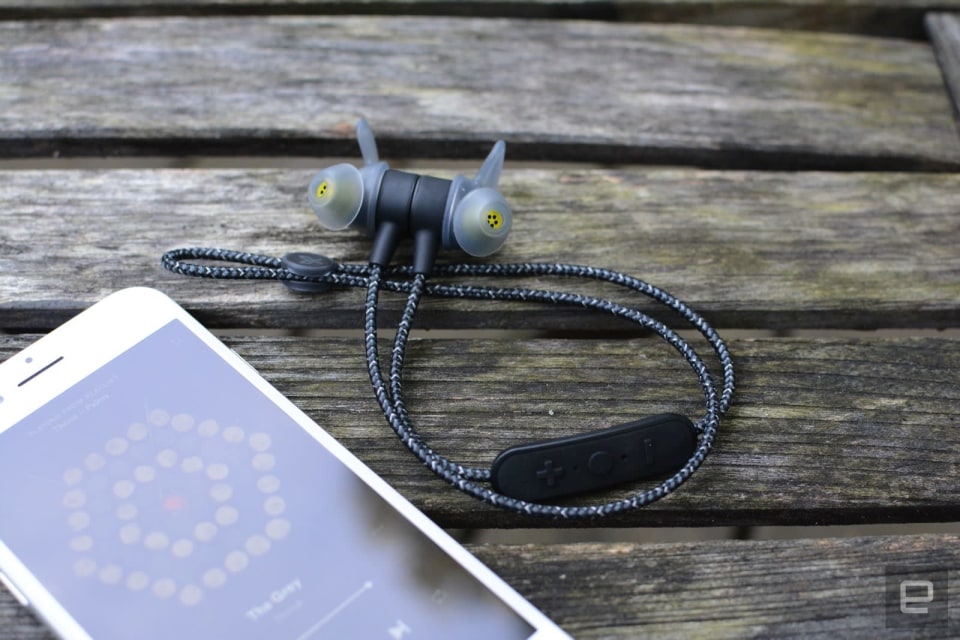 While true wireless earbuds might be all the rage in 2018, a lot of folks still prefer their audio gear to be tethered. For those people, companies like Jaybird continue to roll out new products with improved features. Today, that company is introducing the Tarah Pro: an upgraded version of its most recent wireless sports earbuds that pack an impressive 14 hours of battery life for $160. Yes, Jaybird did just introduce the $100 Tarah in September. However, this new model takes things up a notch with the biggest upgrade being battery life. For $60 more, you can enjoy music for up to eight more hours on a charge. That's more than double what you get on the original model. Indeed, some features are the same from the regular Tarah, including the IPX7 waterproof/sweatproof rating, the Speed Cinch cord management system, quick charging and compatibility with the Jaybird app for EQ tweaks. There are a couple changes on those last two items though.

First, the quick-charge tool on the Tarah Pro will give you two hours of playtime with a five-minute charge. With the regular Tarah, quick charging takes 10 minutes for only one hour of battery life. With the Jaybird app, you can still choose presets or adjust the EQ manually to make your own, but with the Tarah Pro, you also have access to a new hearing test to tailor the sound to your ears. I've tried it, and it only takes a couple minutes to complete. 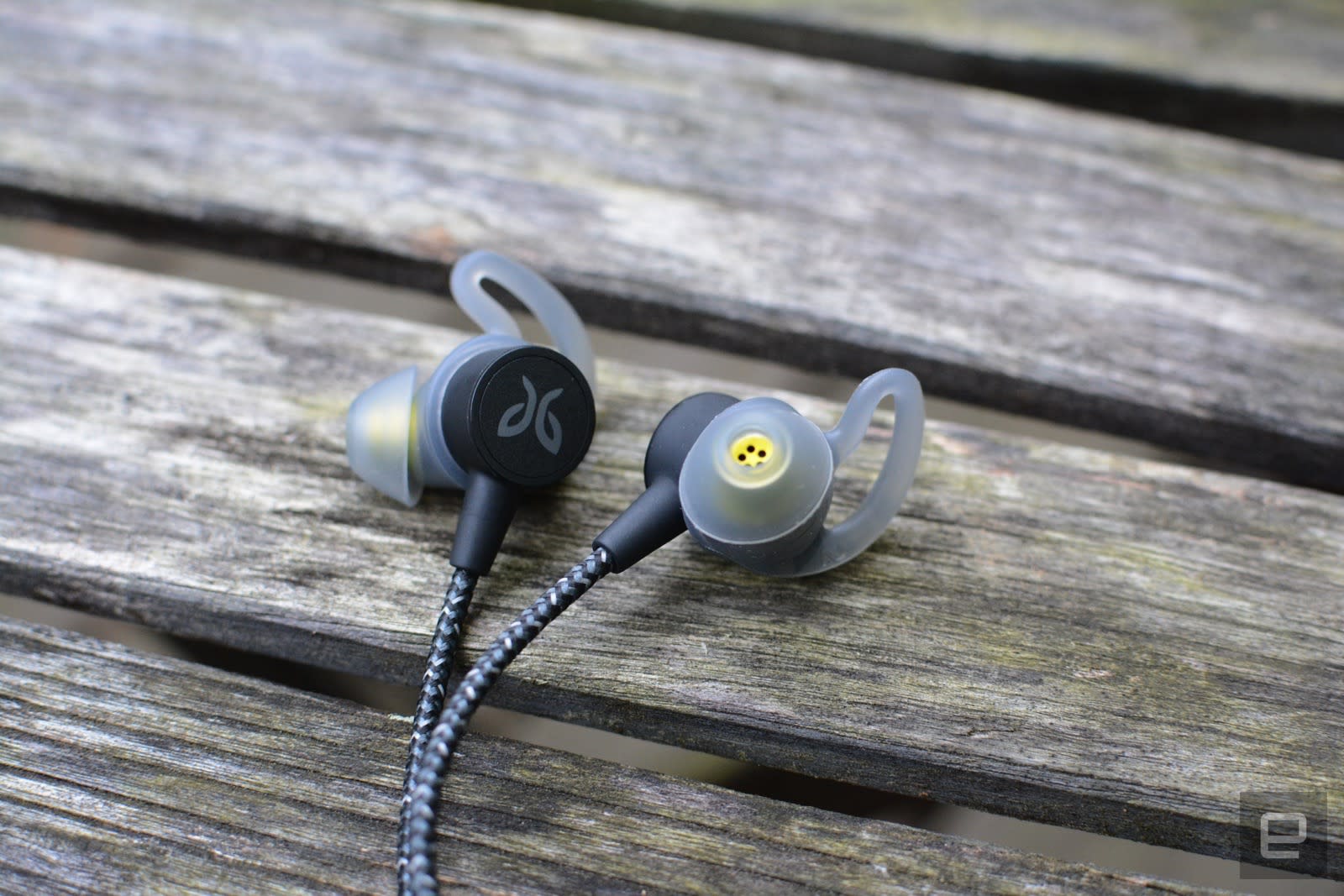 During the test, you use sliders to select the level at which you can just barely hear a half dozen or so tones. Once you complete them all, the app creates a custom EQ preset based on the results. For me, the levels the app set for me were actually really close to the manual settings I had just tweaked a few minutes before. I was honestly impressed. One last note about the Jaybird app: changing the EQ does make a big difference in the sound of the earbuds. This was true with the company's audio gear before the Tarah and Tarah Pro, but sometimes a customizable EQ in a companion app makes little to no difference. That's not the case here. Out of the box the Tarah Pro sounded fine, but with some adjustments, I was able to achieve the deep, punchy bass and crisp, clear highs I like for most of the music I listen to.

Jaybird has touted the ability to wear its earbuds either under-the-ear like you normally would or over-the-ear like a musician does with in-ear monitors. This was due to devices like the Jaybird Freedom that allowed you to rotate the removable fins to accommodate either wear style. With the company's more recent wireless earbuds, the tips and fins are all one piece and not easily rotated. For the Tarah Pro though, Jaybird designed the headset so the entire bud swivels for both under- and over-ear users. It doesn't rotate all the way around, but it does swing enough to make that over-the-ear look possible. 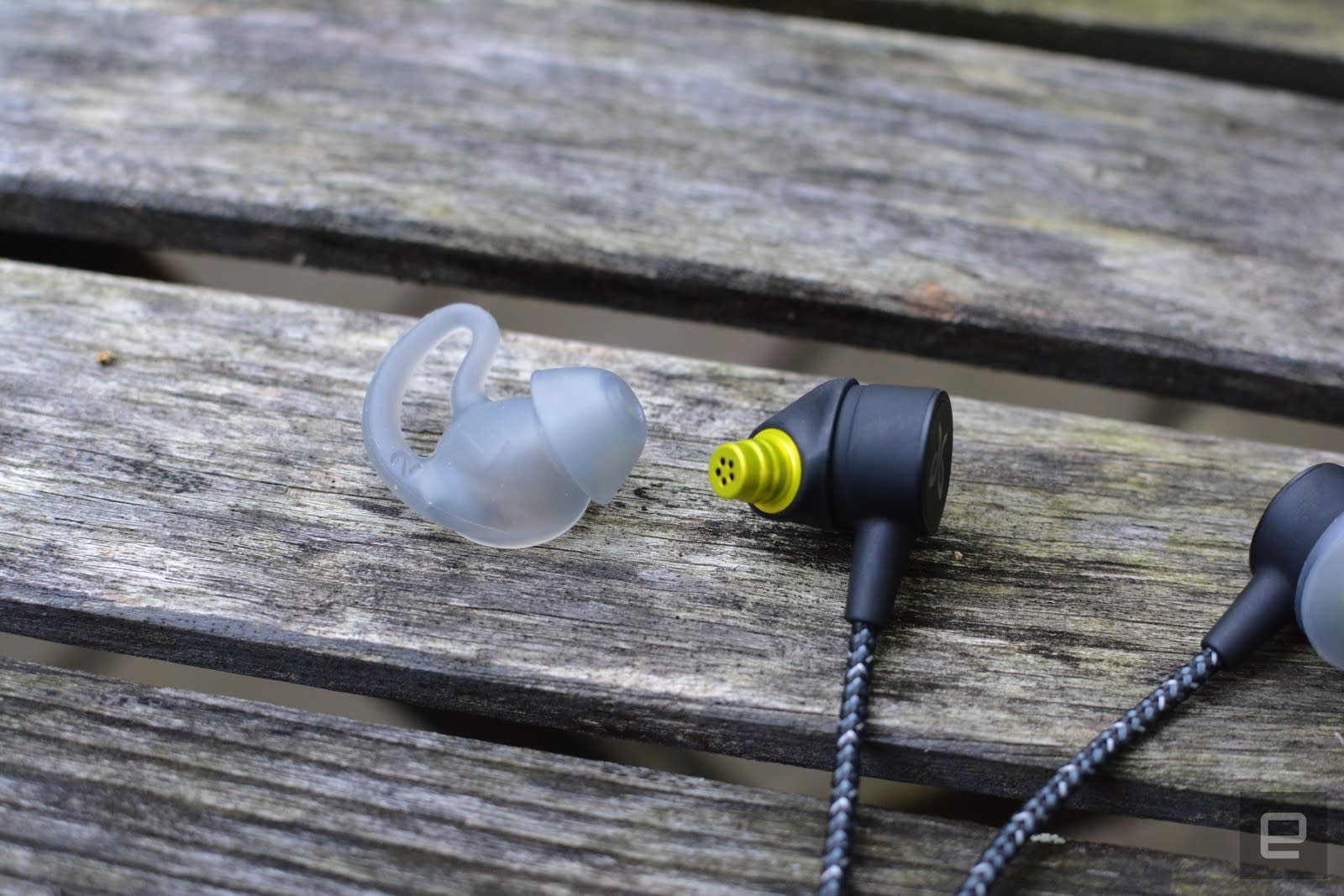 The Tarah Pro also features a braided cord, or what Jaybird calls a sport cord. It certainly offers a more premium look and feel than your typical earbud cord (like what's on the regular Tarah), and this one also had reflective fabric woven in. It's probably not a huge deal for most people, but the upgrade is noticeable if you're used to what usually comes on earbuds or wireless devices like this. And runners might appreciate the reflective cord.

There are a couple of other notable features that are fairly common on earbuds nowadays. First, an in-line remote houses controls for volume, play/pause, taking calls, skipping tracks and summoning your virtual assistant. A charging clip attaches to the backside of the remote to power up the Tarah Pro. Second, the earbuds themselves are magnetic, and when you snap them together, your music will automatically pause. Pull them apart and the track, podcast or other audio will resume where you left off. After a few minutes of being stuck together, the Tarah Pro will shut off to avoid running out your battery entirely while not in use.

Sure, Jaybird does offer some more affordable options, and for $20 more you could nab the company's true wireless Run model. With the Tarah Pro, the combination of extra battery life, the Switch Fit design and the custom EQ hearing test should ease any hesitation about spending some extra coin.

In this article: av, earbuds, gear, gym, hands-on, headphones, jaybird, sports, tarahpro, wireless, wirelessearbuds, wirelessheadphones, workout
All products recommended by Engadget are selected by our editorial team, independent of our parent company. Some of our stories include affiliate links. If you buy something through one of these links, we may earn an affiliate commission.