Spin Master's Air Hogs brand is, like it says in the name, primarily a toy aircraft line today. Remote-controlled planes, helicopters and, of course, drones. But occasionally it will hit the ground with some cool land vehicles like race cars, tanks or even the Batmobile. However, this year the company is bringing back a four wheel hit from a few years ago that, while it may not fly, is decidedly not confined to the ground. The Air Hogs Zero Gravity Laser Racer is a car that can ride on the floor, then climb up the wall and even take a shortcut across your ceiling.

This wall-crawling magic is achieved by a small suction fan on the undercarriage that has just enough pull to keep the very lightweight car moving around on flat surfaces. You can also turn the fan down a notch if you want to drive it around on the ground and really pick up some speed.

The "laser" part of this product comes from its control scheme. Instead of messing around with a joystick or gamepad, there's an included laser gun that you point at where you want the car to go, and it will follow like an overeager house cat. It's not flawless — sometimes it can be a bit slow to turn — but it certainly gets the job done. 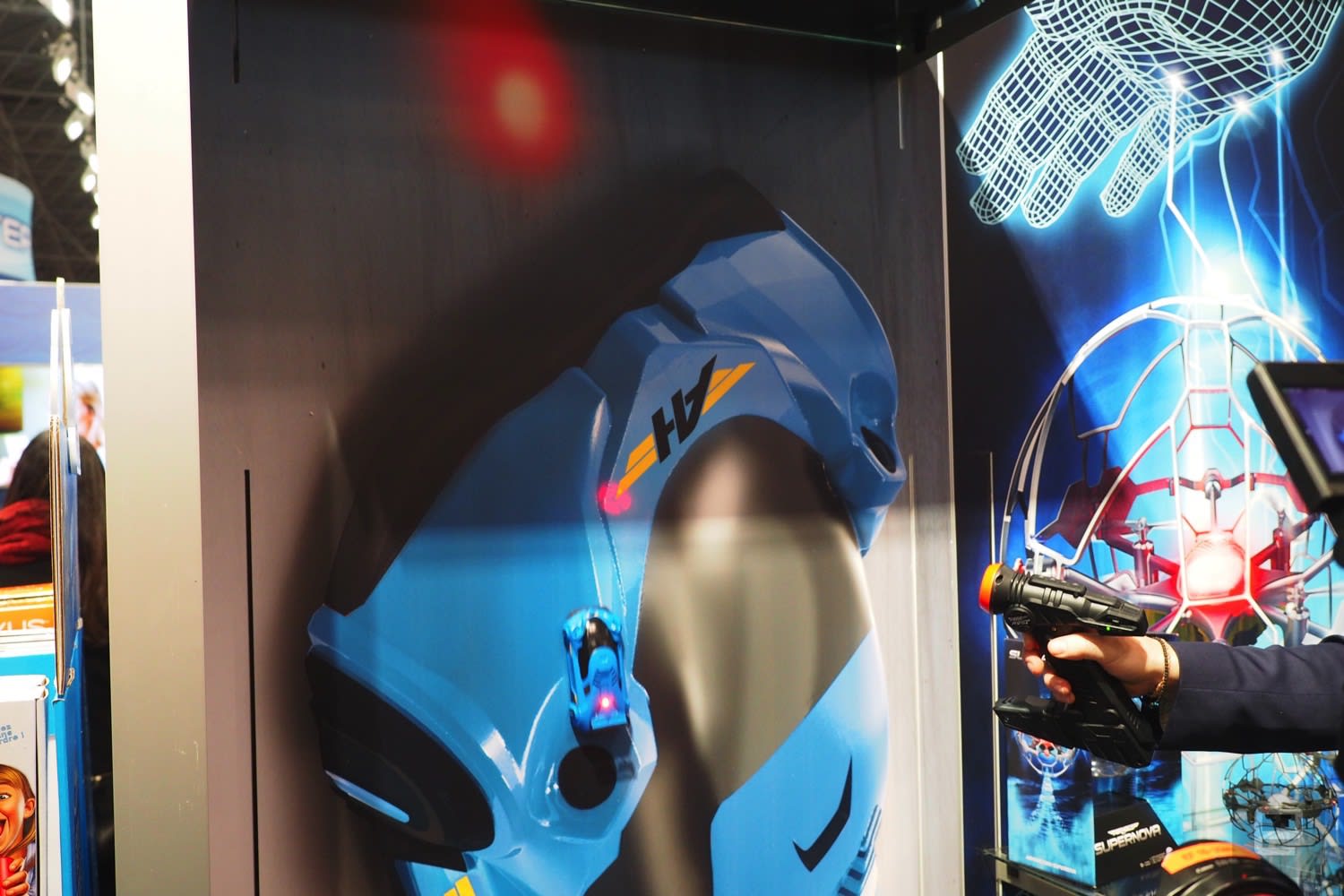 It's actually the perfect method for something that will be changing direction constantly, as steering a remote car can often be tricky if the car is facing in a different direction from the person controlling it: We've all had those moments playing with an RC car where we forget that our left isn't actually the vehicle's left, and then we've steered into a wall by accident. (Oops.) With the laser pointer, the car's relative direction doesn't matter since you're showing it where to go with a flickering red dot. In addition to the new vehicle frame the gun also got a redesign, with a much smaller, more lightweight build that doesn't feel like you're holding a power drill.

The original Zero Gravity Laser Racer cars used AA batteries, but the new model charges via USB, which is a lot cheaper in the long run. It takes about 25-30 minutes to charge for 15 minutes of play time, which isn't exactly long, but at least you won't have any frantic scrambles for fresh Duracells (and it's also a lot cheaper). It's still plenty of time to get in a few races and impress your friends over drinks — it's certainly a great party trick. The new and improved Zero Gravity Laser Racer will be available in red and blue, and it comes out in August for a nice tidy $40.