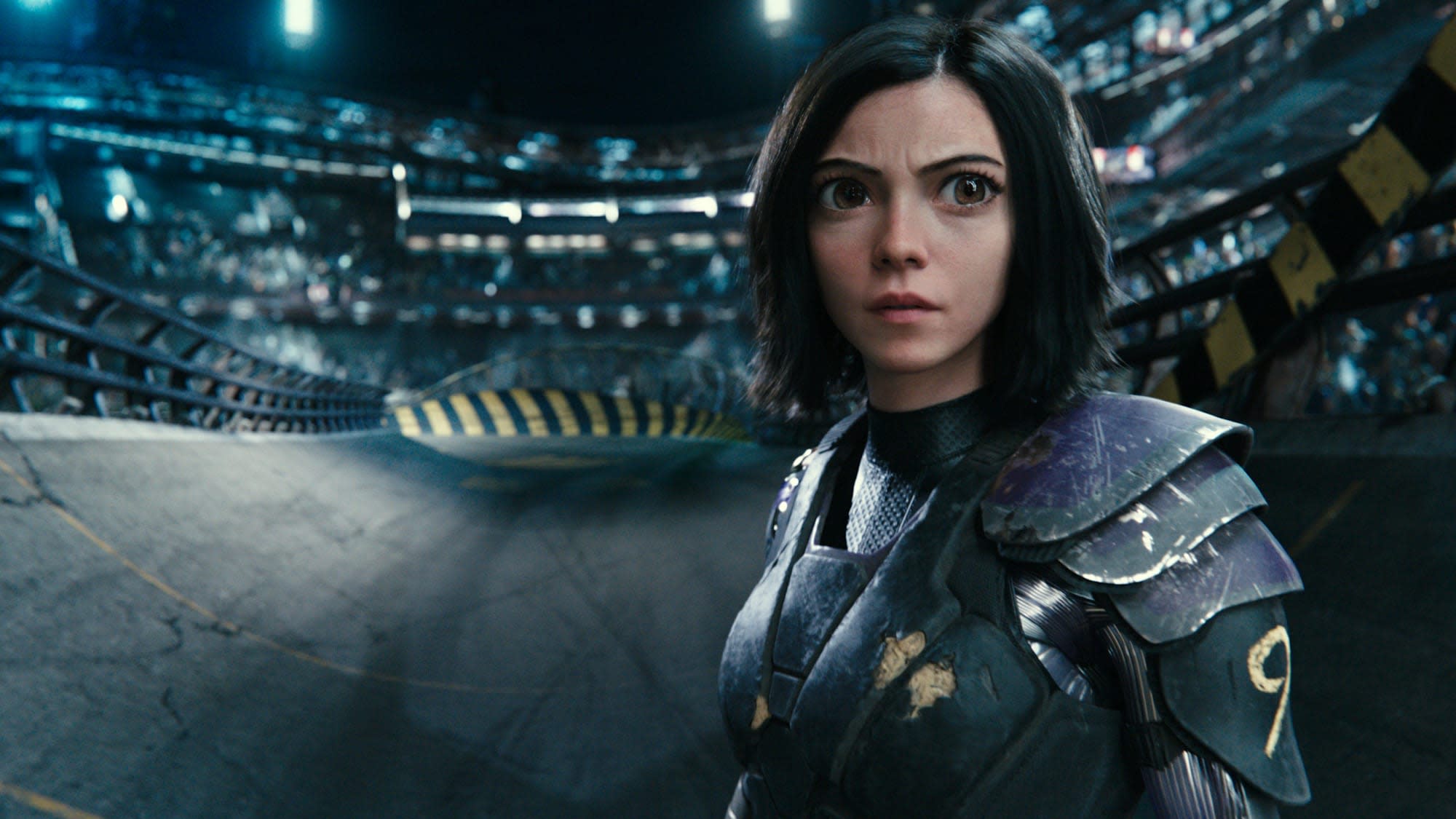 How ‘Alita: Battle Angel’ triumphed over the uncanny valley

Those big anime eyes aren't so creepy after all.

When the first trailer for the live action Alita: Battle Angel dropped in late December 2017, the internet was abuzz about the eponymous character's large CG eyes. Heck, even we called them "creepy" and "weird." Now that the film's finally here and I've had a chance to check out this long-awaited comic adaptation, I can safely say our fears were overblown. In fact, Alita might be one of the most realistic humans I've ever seen on-screen -- huge manga eyes and all. 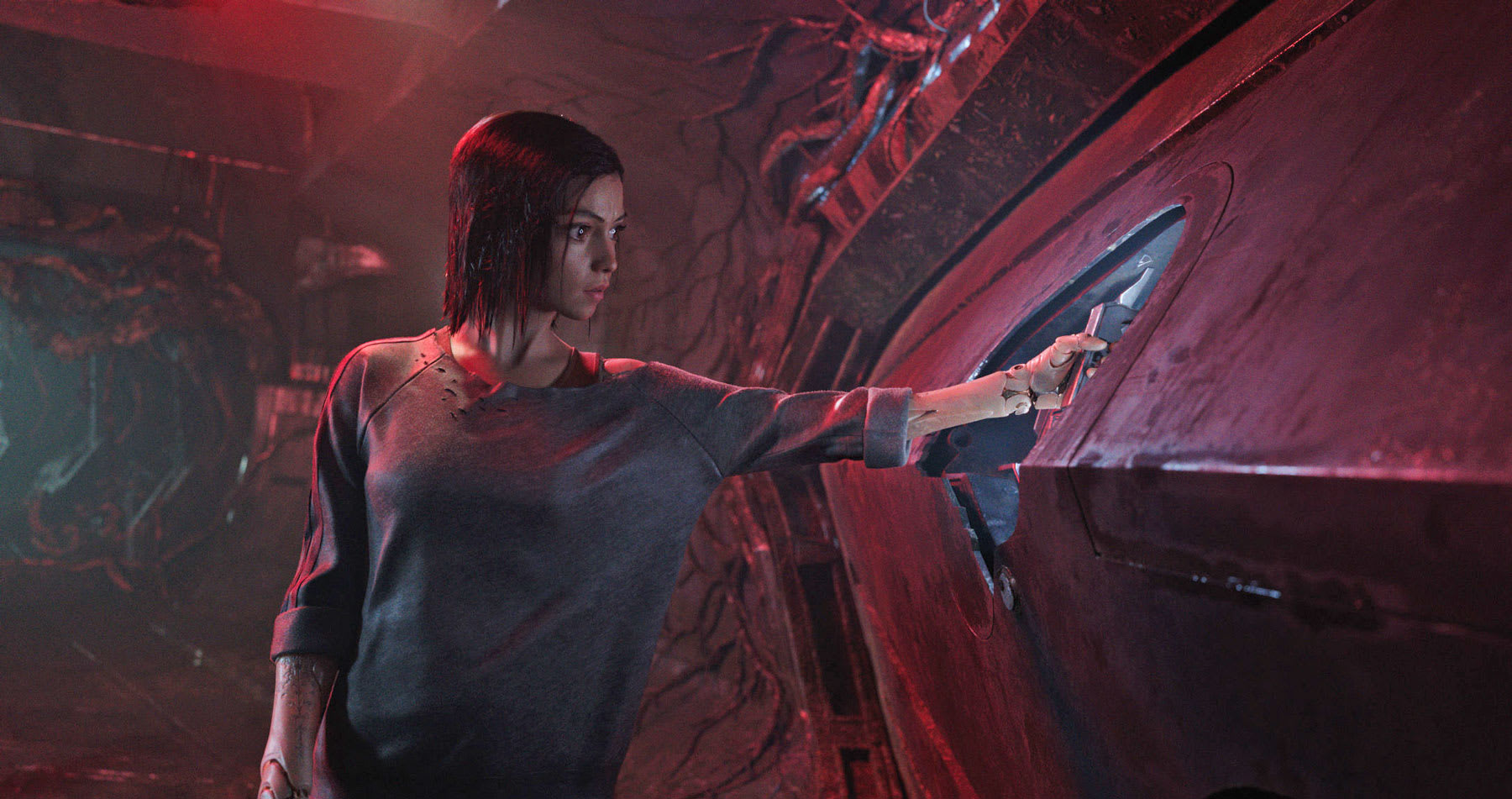 You might be familiar with the concept of the uncanny valley, but a brief refresher: The more realistic a human simulation like an android or CG character becomes, the more we notice the small differences. Eventually we become repulsed. Sometimes we can't even articulate what's bothering us; we just know something feels off, and it makes us uneasy. An often-cited example is the dead eyes of Tom Hanks' various characters in Polar Express.

For the most part, filmmakers are aware of this problem and try to avoid it, making their characters more cartoony or not human at all: Think Caesar from the most recent Planet of the Apes films or the cast of pretty much any Pixar movie. And Alita might initially seem to be another nonhuman character, given that she's a cyborg with a completely machine body: The only part of her that's fully biological, from the start of the film, is her brain. But the movie reminds us constantly that underneath those mechanical parts, she's still an emotionally fragile human girl. 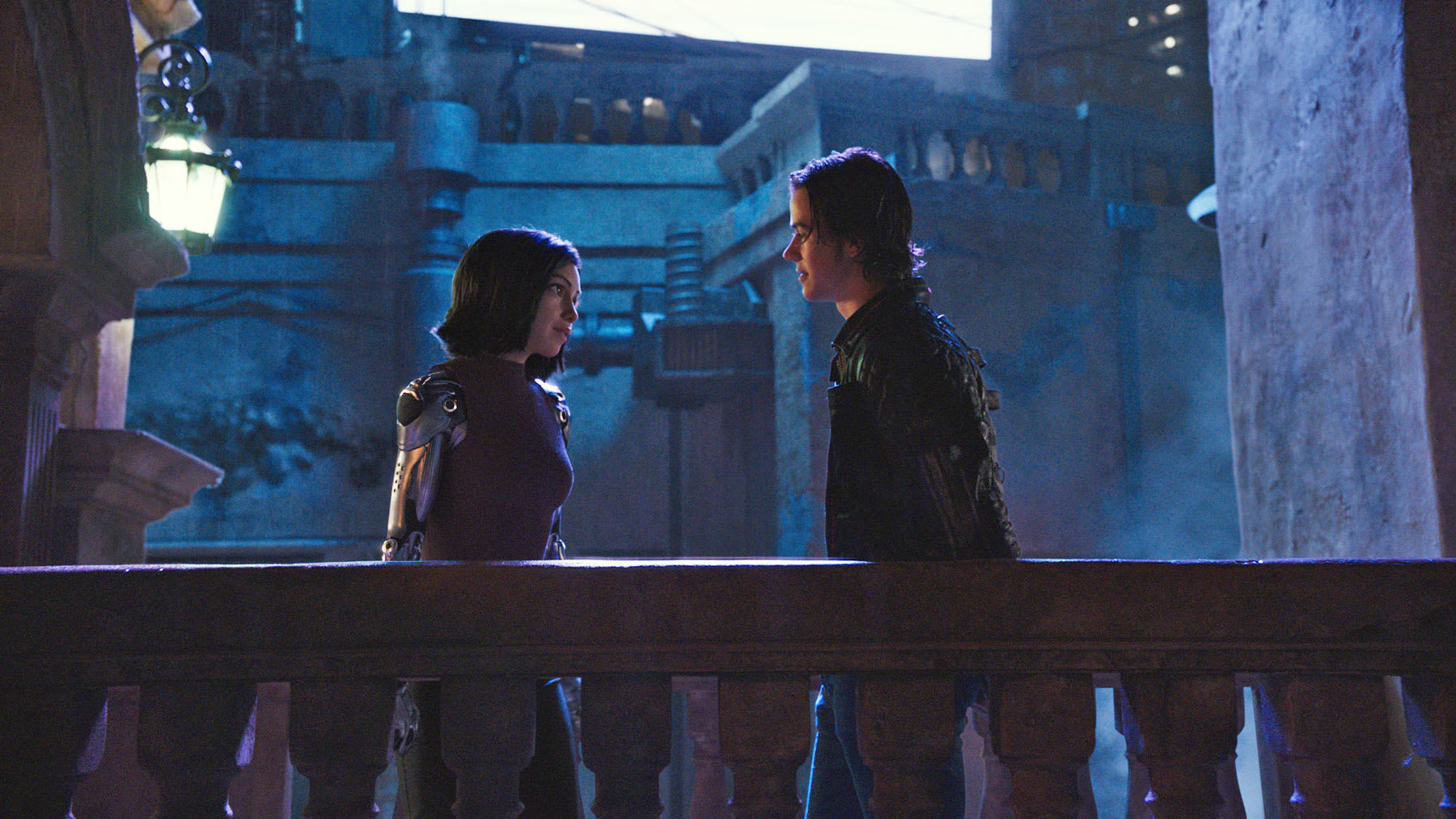 Her cyborg nature is very much central to the plot. Alita, broken and amnesiac, is found abandoned in a scrapyard by a kind cybernetics doctor who replaces her lost mechanical body and adopts her as a daughter figure. She's a stand-in for the child he lost years before, so he's naturally inclined to protect her. But it's tough in a post-apocalyptic city where citizens are often forced to replace their biology with mechanical bits just to survive. And even then, they risk having those ripped away by bandits. Alita is instinctively drawn to the violence of this world, for reasons she doesn't consciously understand at first. It's a story we've definitely seen before, but the fun of watching it this time around is the sheer complexity of this lived-in world. (And, of course, the fights are pretty cool.)

The original Battle Angel Alita comic, created by Yukito Kishiro in the early '90s, was never going to translate well to live action. It's set in a rundown slum called Iron City, populated with cyborgs who aren't always recognizably human. Some are simply replacing lost limbs, others may graft on parts for manual labor and a few may even transform themselves into rolling murder tanks in the hopes of winning the city's favorite deadly sport, Motorball. There's a giant city looming overhead called Zalem, held aloft by a space elevator. It's all visually fantastic and previously could only be depicted with any accuracy through anime: An original video animation was released in 1993 that adapts the first two volumes of the series, but it was never continued any further. 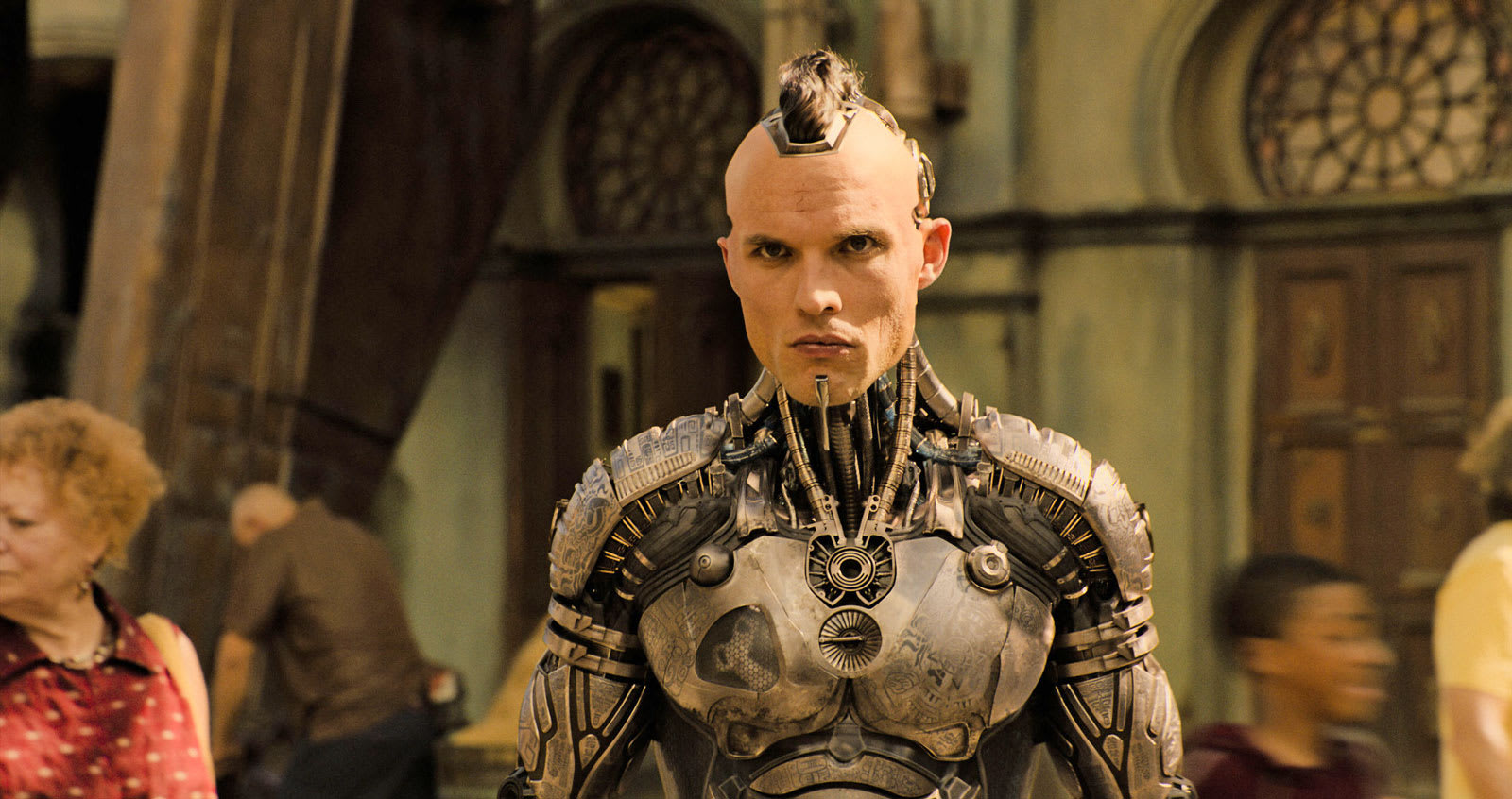 The live-action version has been in the works for nearly two decades -- with original director James Cameron continuously putting it off as he was busy with other projects. Eventually it was passed off to Robert Rodriguez, whose distinct style matches the hyperviolent scenes of the original story. The long delay in making the film helped a lot: The team at Weta applied everything it learned from films like the Lord of the Rings and Hobbit trilogies, Planet of the Apes and, of course, Avatar. However, after Cameron's blockbuster made a huge splash, effects seemed to stagnate: Studios cut costs and underinvested in VFX houses, leading to substandard work. But you won't find any shoddy work here. In fact, there are advances both big and small.

The film gets you to invest in Alita as a real, living human being by imbuing her with a level of detail never before seen in a CG character. Her eyes may be enlarged and her mouth reduced in order to match the iconic look of the manga, but it's something you quickly forget after the first minute. The whole thing was motion captured from Rose Salazar's performance, where Weta was able to pick up the smallest facial expressions: Salazar has a distinct little nose twitch that her computerized doppelgänger also emulates. That's partly how this film manages to avoid the uncanny valley: It has the little quirks we expect to see when interacting with another person. We want to see the little things that make someone different from everyone else. 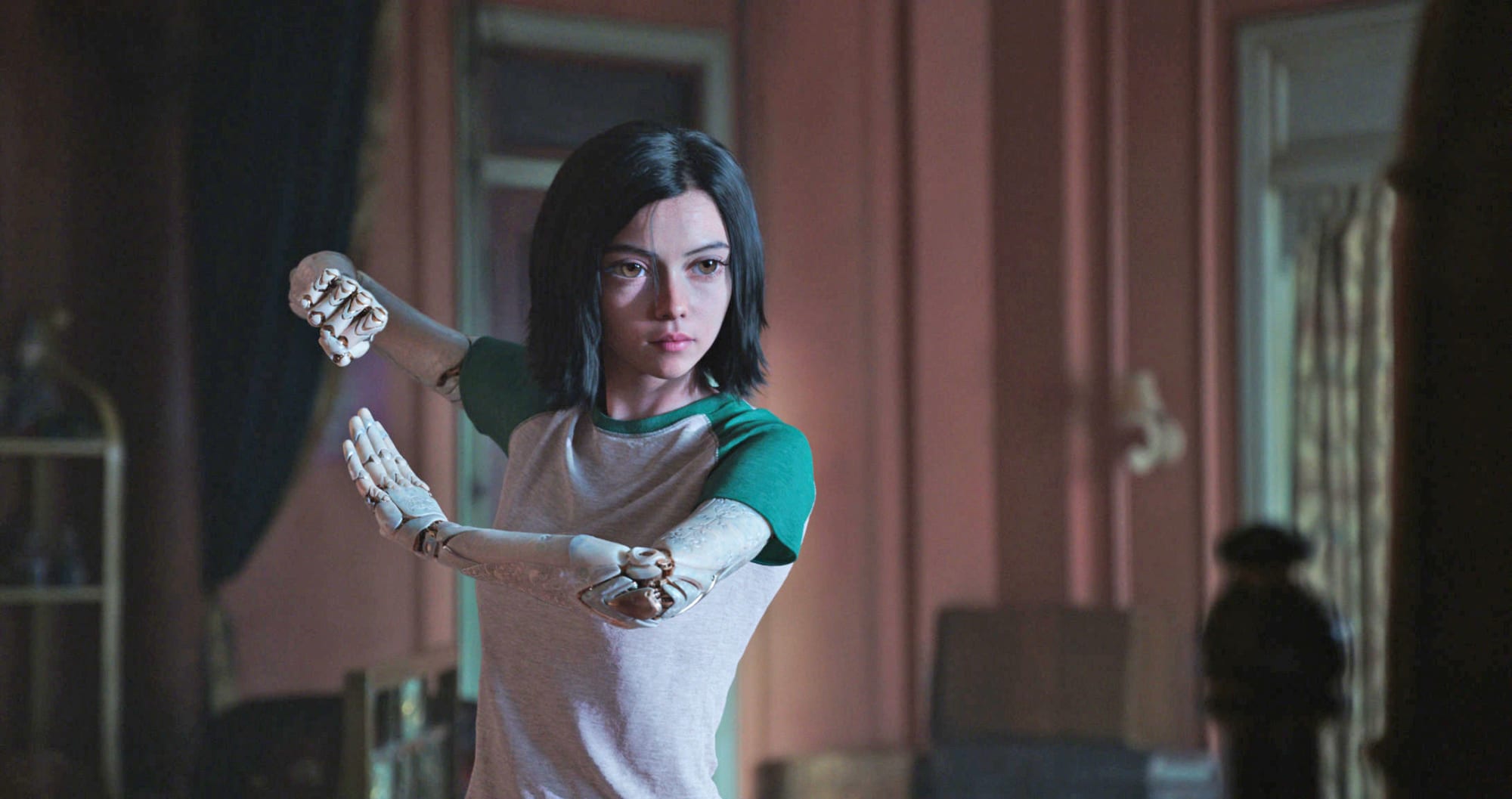 This level of detail also extends to how Alita moves, which changes based on which body she's wearing. She starts out the movie in a delicate, ceramic-like form, and her movements are that of a clockwork doll. When Alita upgrades to the more powerful "berserker" chassis later in the film, her movements become smoother and more organic. This reflects not only her newfound confidence but also the high level of technology she now commands. VFX supervisor Eric Saindon told me that these were decisions made by the effects team and not necessarily part of Rose's original motion-captured performance. But you'd never guess it wasn't a deliberate acting choice because of how natural it all seems.

There's also a lot more physical contact here between the cyborgs and biological characters like Christoph Waltz's Ido or Keean Johnson's Hugo. It's way more frequent and intimate than what we've seen in movies like Avatar where the blue-skinned Na'vi and the humans rarely interacted. Now we see CG characters touch, caress and hold living actors: The love story between Alita and Hugo would have felt even more stiff if they didn't at least hold hands. (Unfortunately, not much could be done for Johnson's acting or the limpness of their dialogue together.) 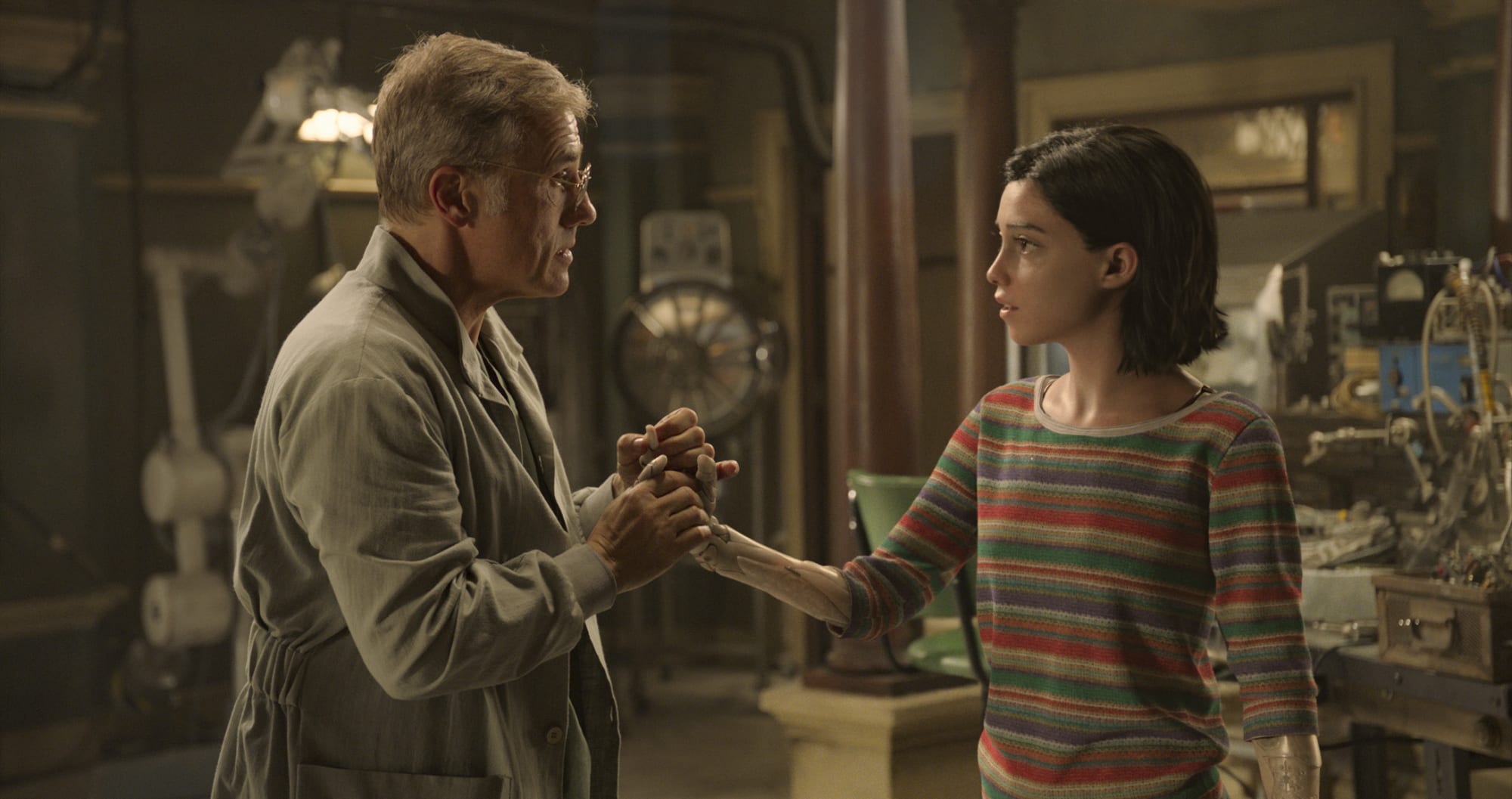 Alita's enlarged eyes are also a technological feat in themselves. Because Robert Rodriguez likes to put the camera directly into his actors' faces, the team at Weta had to make sure her eyes looked absolutely convincing. To do that they added an obscene amount of depth and detail to her eyes: about 8.5 million polygons in each one. That's way more than the 1.5 million that make up entire character models in Avatar. If you're thinking that those animation files must be huge, you're not wrong: The entire movie uses 3.5 petabytes of storage.

The history of cinema is littered with movies that are nigh-unwatchable because the special effects are so bad. The Matrix Reloaded, The Mummy Returns, Tron: Legacy -- even if I could get past the awful writing, there's still that whole uncanny valley problem to deal with when it comes to Agent Smith's fighting or a giant hybrid Scorpion King monster. These fail because they couldn't faithfully replace human beings, creating cartoony monstrosities instead. However, Alita: Battle Angel takes cartoony monstrosities and makes them human and real -- real enough that I can see myself watching this in 10 or 20 years without cringing.