Toy lightsabers are a lot of fun: Kids love to strike poses, swing them through the air and jab the weapons at their friends as they pretend to be Luke Skywalker, Rey or even Darth Vader and Kylo Ren. But what they can't do with a standard lightsaber is actually learn how to wield one. Star Wars Lightsaber Academy, an app-connected toy introduced at this week's Toy Fair, aims to change that by putting kids (and adults) under the virtual tutelage of some of their favorite Force users.

Hasbro has been making lightsaber weapons for decades now, and at first glance the Lightsaber Academy model isn't much different from any of its other toy blades. The design of the handle isn't modeled on any particular lightsaber from the movies, so you can really get into the role as a Force trainee with your own unique weapon.

That uniqueness even extends to the plastic kyber crystal embedded within: Opening up the casing and pressing the crystal switches between blue, green, and red blade colors. But it's not merely an aesthetic choice, as you're also choosing which master you want to train under, either Rey, Yoda or Darth Vader. Those are the Force users you get to start, with the ability to unlock more like Luke Skywalker as you play, as well as a few more unrevealed characters that might be retailer-exclusive. 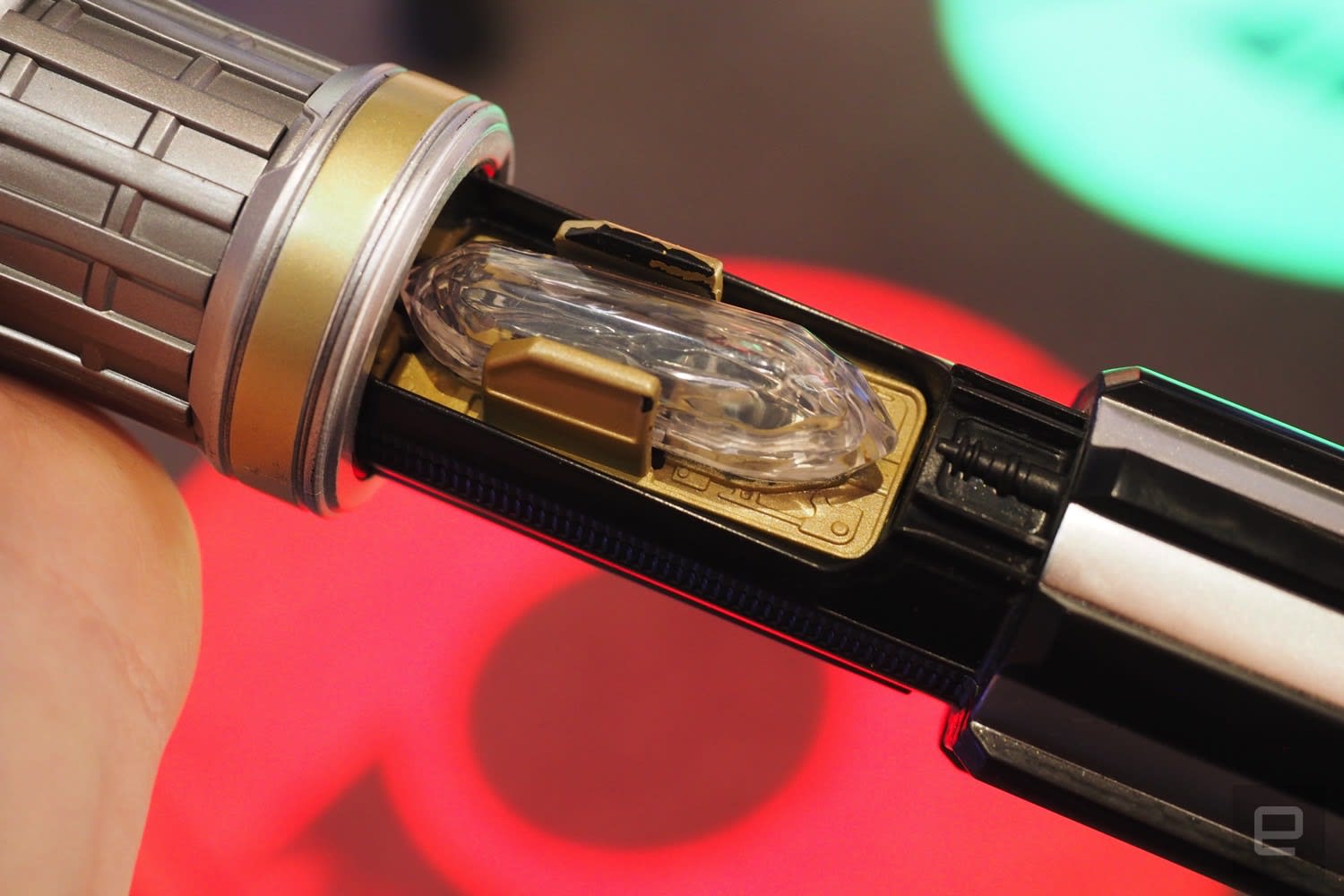 It's a nice toy on its own, but the magic begins when you connect to the Lightsaber Academy app via Bluetooth. The app will basically institute a training program for you, walking you through the basic poses and using motion sensors in the handle to determine how well you executed each move. It'll even playback your movements, similar to how a golf simulator analyzes your swing.

As you progress through each level you earn points and the routines you learn will become more complicated. All the movements are based on fight styles from the films (which in turn are based on German sword fighting). You don't need to be constantly monitoring the app, though: The handle will provide audio feedback as you practice. 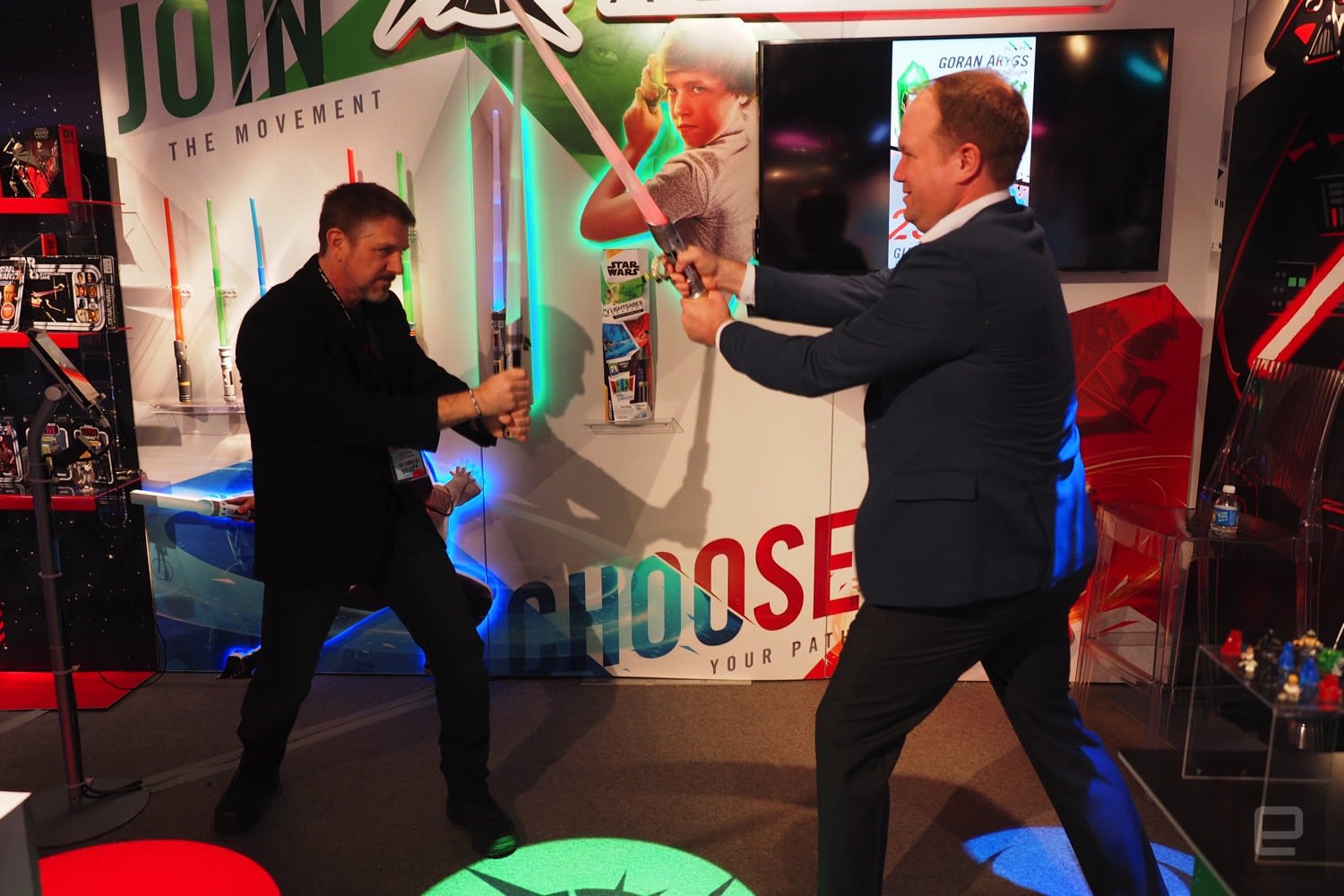 But the real fun begins when you decide to duel your friends. Two lightsabers can be connected to the same app, and the system will track how many "points" each person scores during the fight. So yeah, you're not whacking away randomly at your friends until they bruise or end up with bloody knuckles (I still have scars from my own childhood lightsaber games).

Instead, because this is aimed primarily at kids, it uses a basic rock-paper-scissors system. There are three moves: swing, block and focus. Swing is like it says in the name, block is when you hold the lightsaber parallel to the ground, and focus is perpendicular. Block beats swing, swing beats focus, and focus beats block. Of course, kids are probably not going to use a lot of strategy when they play, but they'll still have a lot of fun regardless of how they use the lightsaber. 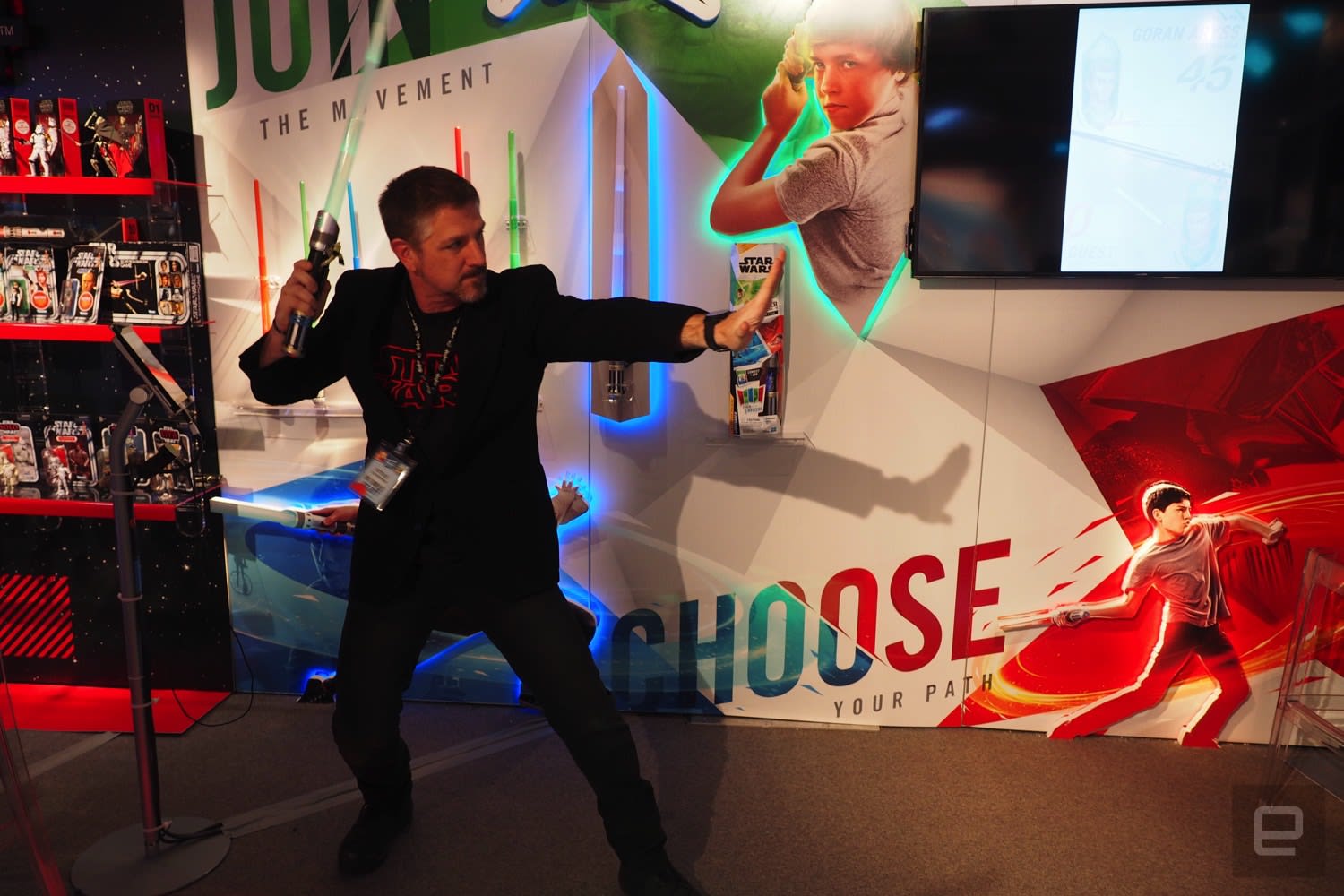 At the end of the battle when all the points are tallied, the victor gets to perform a special finishing move, like the Fatalities in Mortal Kombat. These moves aren't required, but they do grant extra points, and they look really cool.

Lightsaber Academy ships this October for $50, which is plenty of time to practice your form before the release of Episode IX.