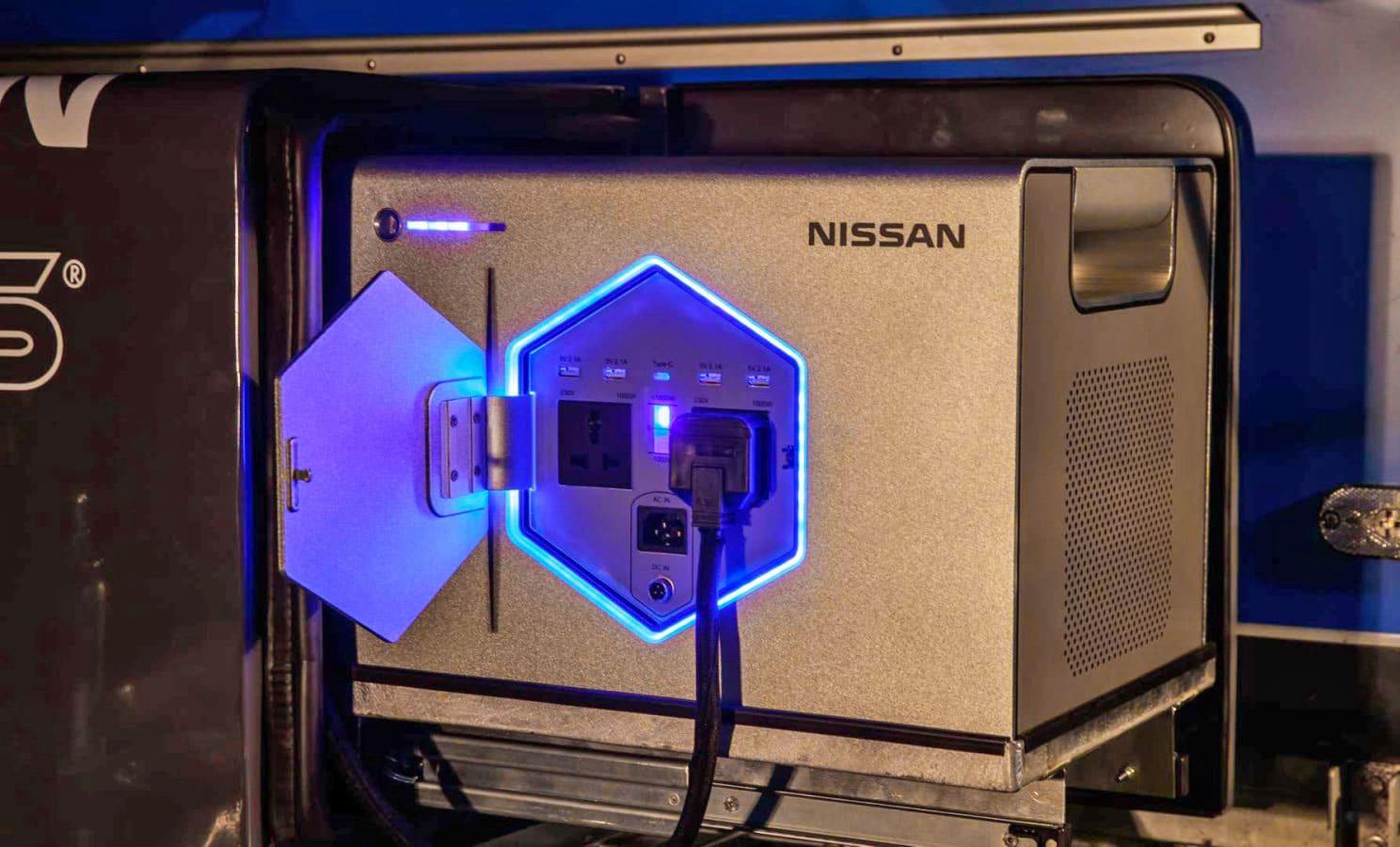 Once the batteries in electric cars are worn down beyond the point of being useful to the vehicle, something has to be done with them. Nissan has a novel solution that will help extend the life of the battery by repurposing it into a power source for camping trailers made by Opus.

Nissan's battery recycling solution is made possible by a device the company created called Roam. It's a small cube that is packed with the lithium-ion battery cells pulled from first-generation Nissan vehicles and can be hooked up to an Air Opus trailer. Roam can store up to 700Wh of electricity and offers 1kW of electrical output -- enough to power devices, small appliances, and the onboard lights and heating system in the trailer. Nissan claims that when the battery is combined with a 400W solar panel, it can provide power to the trailer for a week without interruption. The battery can also be recharged in just one hour when plugged into a 230-volt power outlet.

The Nissan Roam presents the possibility of portable power that wouldn't require campers to lug around a generator that requires gas or diesel. It also frees travelers from needing to set up shop at a campsite that has power hookups available. However, for the time being, the Roam is just a proof of concept. While it shows off one possibility for repurposed batteries, the company hasn't announced any plans to mass produce the power pack. 21
In this article: gear, green, nissan, nissan ev, nissan roam, opus, transportation
All products recommended by Engadget are selected by our editorial team, independent of our parent company. Some of our stories include affiliate links. If you buy something through one of these links, we may earn an affiliate commission.