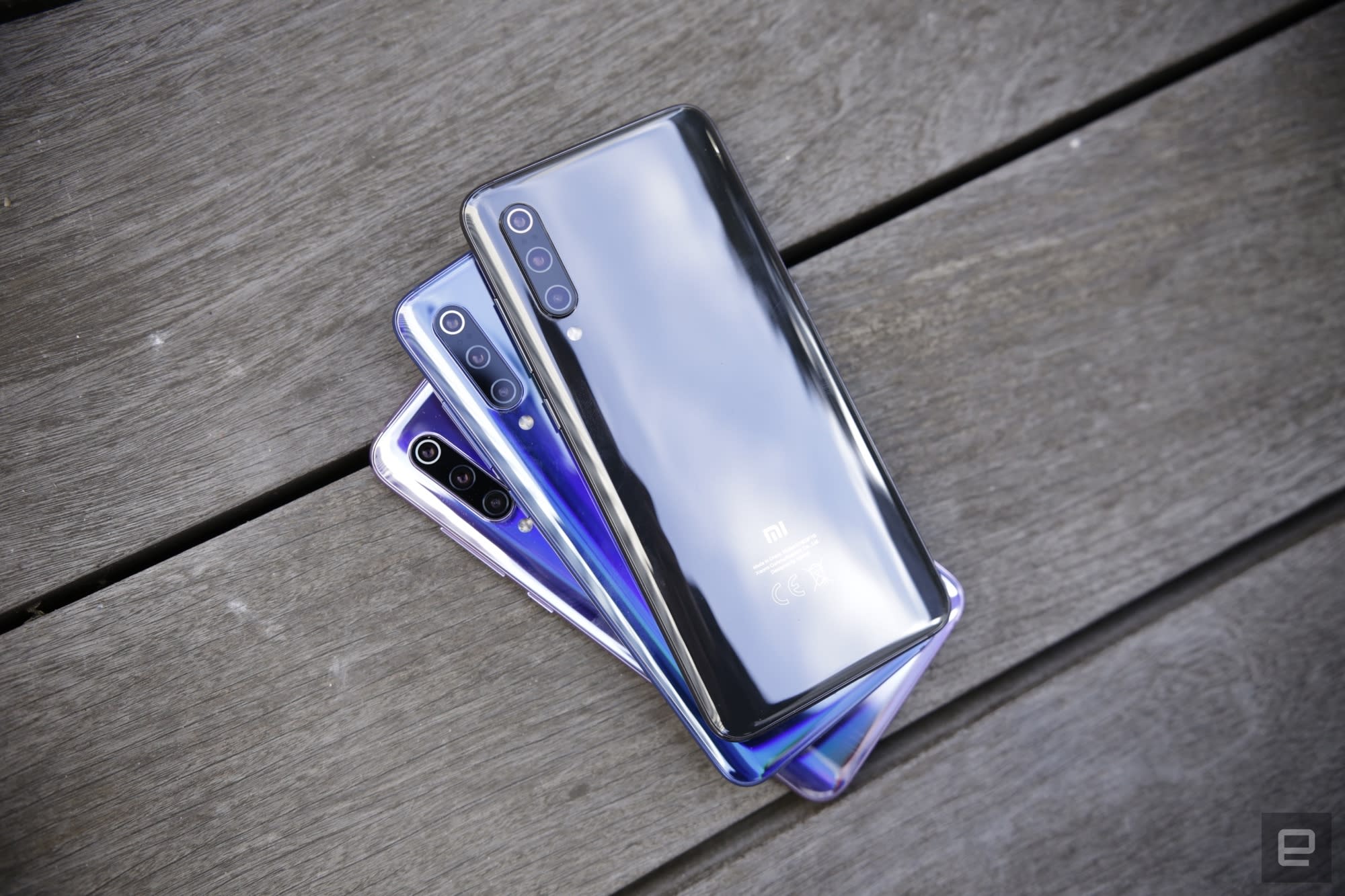 Xiaomi's latest Android flagship, the Mi 9, will hit European store shelves on February 28th. At a press conference in Barcelona, the company confirmed that the phone will be available with either 64GB or 128GB of internal storage for €449 (roughly $510) and €499 (roughly $566) respectively. We went hands-on with the Mi 9 last week and liked what we saw. The handset sports a 6.39-inch, FHD+ (1080x2340) AMOLED display with a teardrop notch and 19:6 aspect ratio. It's also packing a Qualcomm Snapdragon 855 processor, 6GB of RAM and a 3,300mAh battery.

In short, the phone should be a beast. The Mi 9 runs Android Pie with Xiaomi's trademark MIUI skin lathered on top. As always, the colorful design is subjective (I really, really wish it had an app drawer) and you can change most of its quirks with a third-party launcher from the Play Store. It's 2019, so of course the phone has quick charging and a fingerprint sensor nestled under the display. The Mi 9 also has a three-camera setup around the back: a 42-megapixel primary shooter, a 12-megapixel telephoto camera, and a 16-megapixel wide-angle. An impressive trio, however none of them have optical stabilization, according to GSM Arena.

The phone will be available in Piano Black, Ocean Blue and Lavender Violet. The latter two, notably, have a rainbow-like shimmer if you tilt them back and forth. There's no word on whether the Mi 9 Explorer Edition, with its not-quite-genuine transparent back, will ever be sold outside of Europe. Still, the Mi 9 looks to be another high-value phone for those who can get their grubby mitts on it. The OnePlus 6T, for comparison, currently starts at €549 ($549) in Europe and the newly-announced Samsung Galaxy S10 will set you back €909 ($900). If you're looking for flagship quality on a budget, this is probably worth considering -- provided you can cope with MIUI and the lack of OIS on the camera.

The #5G era has arrived!

The @Qualcomm #Snapdragon855 processor and #MiMIX3 come together for one powerful 5G experience. #5GIsHere pic.twitter.com/whFTUuxOLf

Xiaomi also used the event to announce a 5G variant of its luxurious Mi Mix 3 slider. The new version will keep the same basic specs, including a 6.4-inch, FHD+ (2340x1080) AMOLED display, and a 12-megapixel camera capable of shooting 960 fps slow-motion video. The big changes, though, are the Qualcomm Snapdragon 855 processor -- an upgrade from the original's 845 chipset -- 3800 mAh battery, and the Snapdragon X50 modem which can handle over two-gigabit download speeds thanks to a special "hybrid" cooling system. The Mi Mix 3 5G will be available in Europe from May for €599 (roughly $679) in Onyx Black and Sapphire Blue.

In this article: gear, mi 9, mi9, mobile, mwc 2019, mwc2019, xiaomi, xiaomi mi 9
All products recommended by Engadget are selected by our editorial team, independent of our parent company. Some of our stories include affiliate links. If you buy something through one of these links, we may earn an affiliate commission.