A limited transparent edition will come with 12GB of RAM.

Xiaomi has officially launched the Mi 9 at an event in China after months of teasers. The triple-camera flagship is powered by Qualcomm's new Snapdragon 855 chip, and is supported by 6 to 8GB of RAM -- depending on which model you get. During the event, company chief Lei Jun confirmed a new Game Turbo mode, which he claims will boost the phone's performance and optimize its screen during gaming sessions. He said it was tested to maintain a higher frame-rate than "a competitor's 980 device" can, seemingly throwing shade at Huawei.

As previously revealed, the Mi 9 boasts three rear cameras, starting with the 48-megapixel main sensor that has an f/1.75 aperture and laser autofocus. That's supplemented by a 12-megapixel telephoto lens and a 16-megapixel ultra-wide angle lens with a 117-degree view and 4cm macro photography capability. That triple camera combination comes with AI features, including some distortion correction magic for faces in superwide shots.

There's a "Moon Mode," as well, which can take clear and detailed photos of our planet's natural satellite and, presumably, other bright and faraway objects much better than competitors' phones can. At least, that's what this series of photos shown during the event suggest:

When you flip the phone around, you'll find a 20-megapixel selfie camera and a 6.39-inch AMOLED display -- the device apparently has a 90.7 percent screen-to-body ratio -- with FHD+ resolution. The device's fully curved back is worth noting, making it look more like a OnePlus device. Xiaomi's Mi 8 only had curved edges.

The Mi 9 also boasts an on-screen fingerprint reader, NFC compatibility and an infrared remote for TVs and air conditioning units. Jun says Xiaomi dropped the IR remote for the Mi 8, but it brought the feature back due to popular demand. The Mi 9 has louder audio than the Mi 8, as well, courtesy of a larger driver and a 0.9cc sounding chamber.

You can plug the device in to fully charge its 3,300 mAh battery within 60 minutes. But since its 20W wireless charging capability is faster than Samsung's and Huawei's (15W) technologies, not to mention slower methods with the iPhone and other competitors, you'll only have to wait half an hour longer if you don't want to fumble with wires. To be able to take full advantage of that, Xiaomi has introduced a $15 wireless charger, a $22 10,000 mAh power bank and a $25 in-car wireless charging cradle with automatic grip. 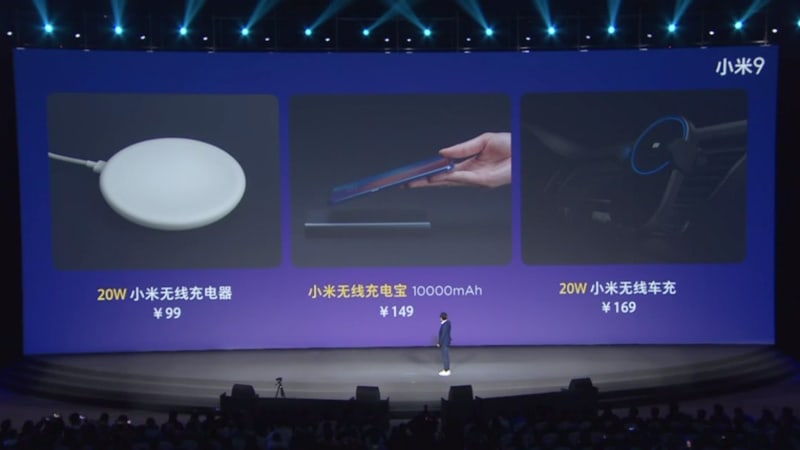 In addition to the basic Mi 9 version, Xiaomi has announced a transparent limited edition, which is also a collaboration with Alita: Battle Angel, similar to the Mi 8 Explorer Edition. It has a slightly different camera with an extra lens for a total of seven and a faster f/1.47 aperture. More importantly, it has twice the amount of RAM -- 12GB instead of 6 or 8GB -- to support your multi-app habits.

Aside from those three iterations, Xiaomi unveiled a smaller, cheaper version the flagship called the Mi 9 SE. It has a 5.97-inch AMOLED display with dewdrop notch, designed to maintain a 90.47 percent screen-to-body ratio across the board. The phone's triple camera setup includes its bigger counterpart's 48-megapixel sensor, an 8-megapixel portrait one and a 13-megapixel wide sensor. And, yes, it does come with a 20-megapixel selfie camera, as well. The device is powered by Snapdragon 712 chip, has NFC compatibility, 5th generation in-display fingerprint reader and IR remote. 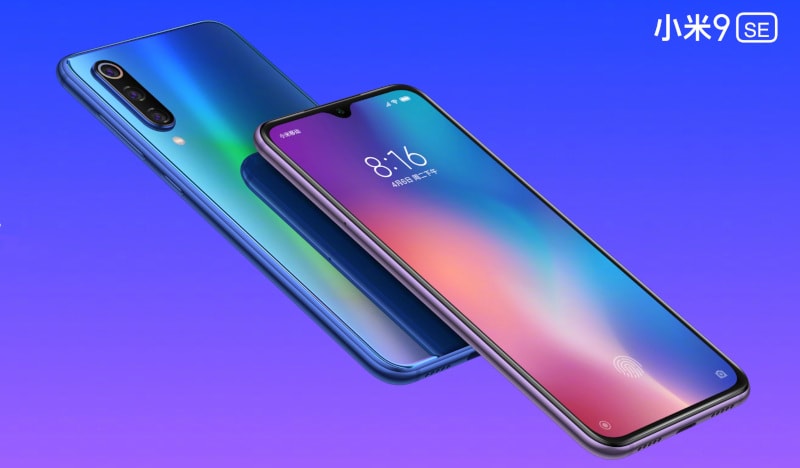 The tech giant has already started taking pre-orders for the basic version of the Mi 9, which will start shipping on February 26th. It's not yet clear when the transparent edition and the Mi 9 SE will be available. As of yet, there's no word on international availability. But Xiaomi's been making pushes in Europe and further afield -- so stay tuned.