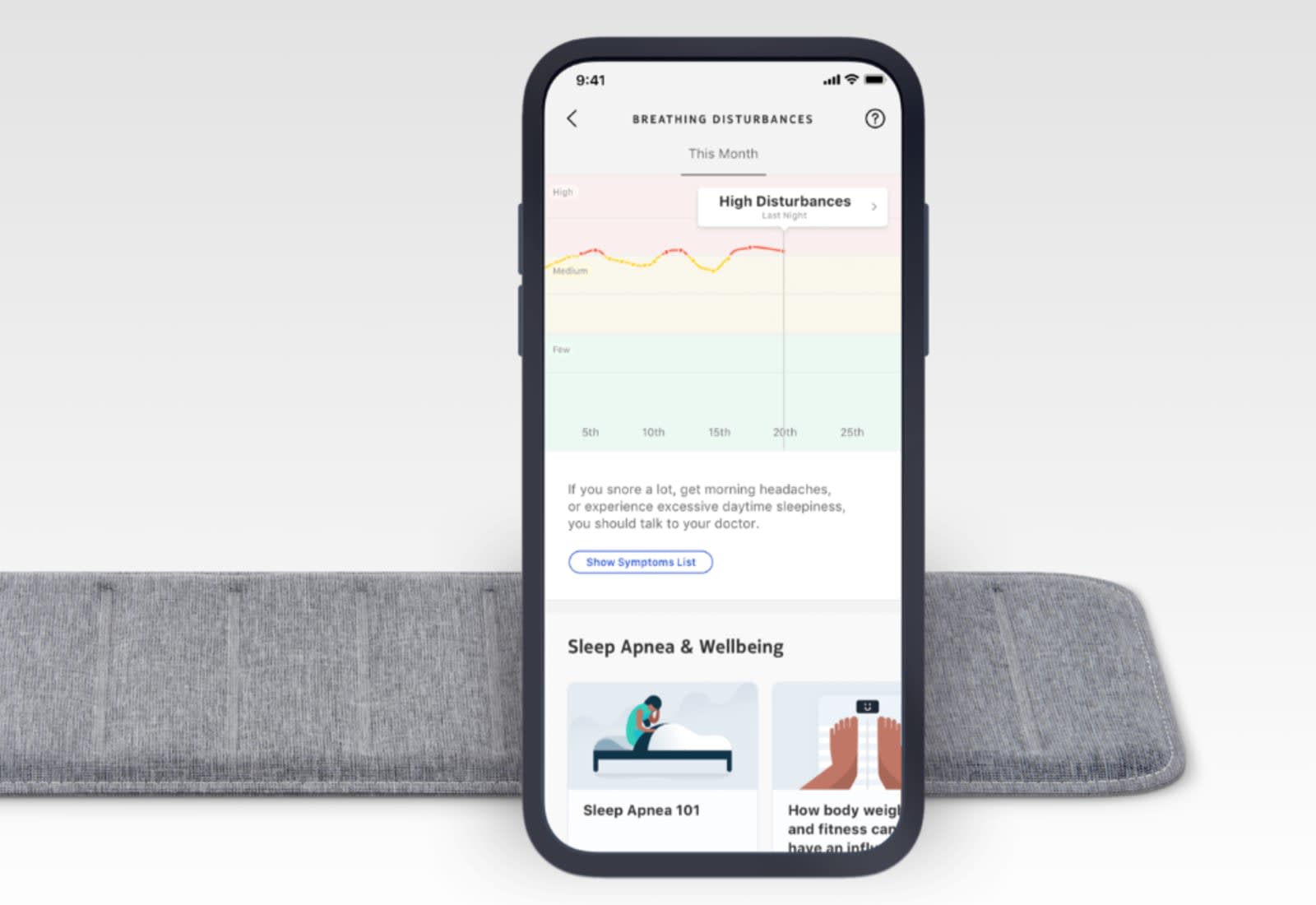 There are countless products available that help you track your sleep, giving you insights into your sleep patterns and quality. But there's been nothing to help snoozers identify sleep apnea, a potentially-serious condition that could traditionally only be diagnosed by a sleep clinic. Now, health device maker Withings has released a new update to its sleep tracking mat that could help users recognize the symptoms of this disorder.

Around 22 million Americans suffer from sleep apnea, which is characterized by pauses in breathing, or periods of shallow breathing, during sleep. As well as symptoms of fatigue, sleep apnea can result in headaches and depression, and in serious cases, stroke and heart failure. The update to Withings' sleep tracking mat ($100) will monitor breathing disturbances during the night, and give users educational content about the signs of sleep apnea via the Health Mate app.

The update also helps set the company's sleep mat apart from its competitors -- Apple's Beddit Sleep Monitor, for example, costs $150 but doesn't have this function. But this is just the first step for Withings in this area. The company says it's working on even more advanced diagnostics for sleep apnea, and aims to have medical-grade certified tracking for the condition in place by the end of the year.

In this article: breathing, feature, gear, Health Mate, health tracker, home, mat, medicine, monitoring, sensor, services, sleep, sleep apnea, update, Withings
All products recommended by Engadget are selected by our editorial team, independent of our parent company. Some of our stories include affiliate links. If you buy something through one of these links, we may earn an affiliate commission.