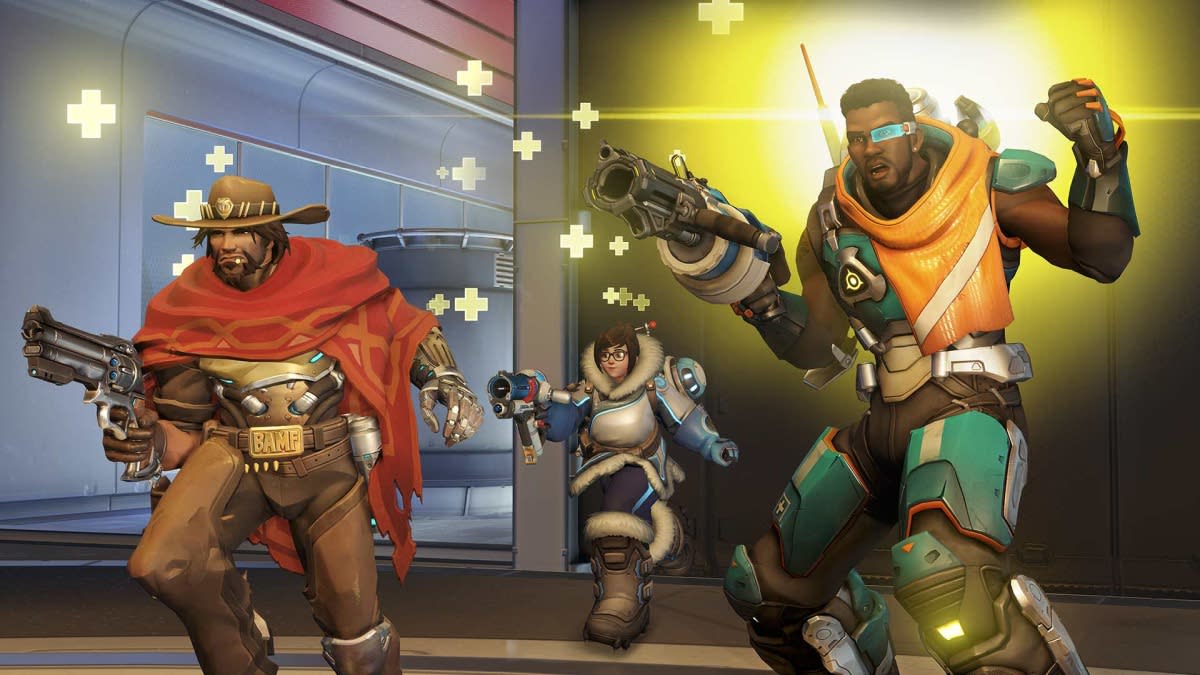 Baptiste, the Haitian combat medic who grew up an orphan, will make his Overwatch debut next week. The game announced on Twitter that Baptiste would be coming out on March 19th. Last month, we learned some details about Baptiste in a revealing trailer and letter, and he's been playable on the game's public test server ever since.

Baptiste, whose full name is Jean-Baptiste Augustin, is an ex-Talon medic who has fled to Haiti. The captain of his former team, who is sent to capture or kill him, details the healer's traits in a personal log released by Overwatch.

"I know better than to underestimate Baptiste. I helped train him myself, and he was one of our best. I've never known a medic to be such a good shot, and his adaptability to new situations is a rare talent. All of us have seen our fair share of conflict, but Baptiste was built to survive. I swear he has the Devil's own luck," writes a Captain Cuerva in the teaser letter.

As a black man, Baptiste also brings more diversity to Overwatch's crew of heroes. Overwatch creator Jeff Kaplan wrote that "multiple black characters were in the works" in response to a fan's letter about the lack of black females on the game. All in all, the clever design, compelling backstory, and interesting kit of Overwatch's 30th character will likely make Baptiste appealing to many gamers.

In this article: av, baptiste, blizzard, BlizzardEntertainment, gaming, overwatch, overwatchleague
All products recommended by Engadget are selected by our editorial team, independent of our parent company. Some of our stories include affiliate links. If you buy something through one of these links, we may earn an affiliate commission.