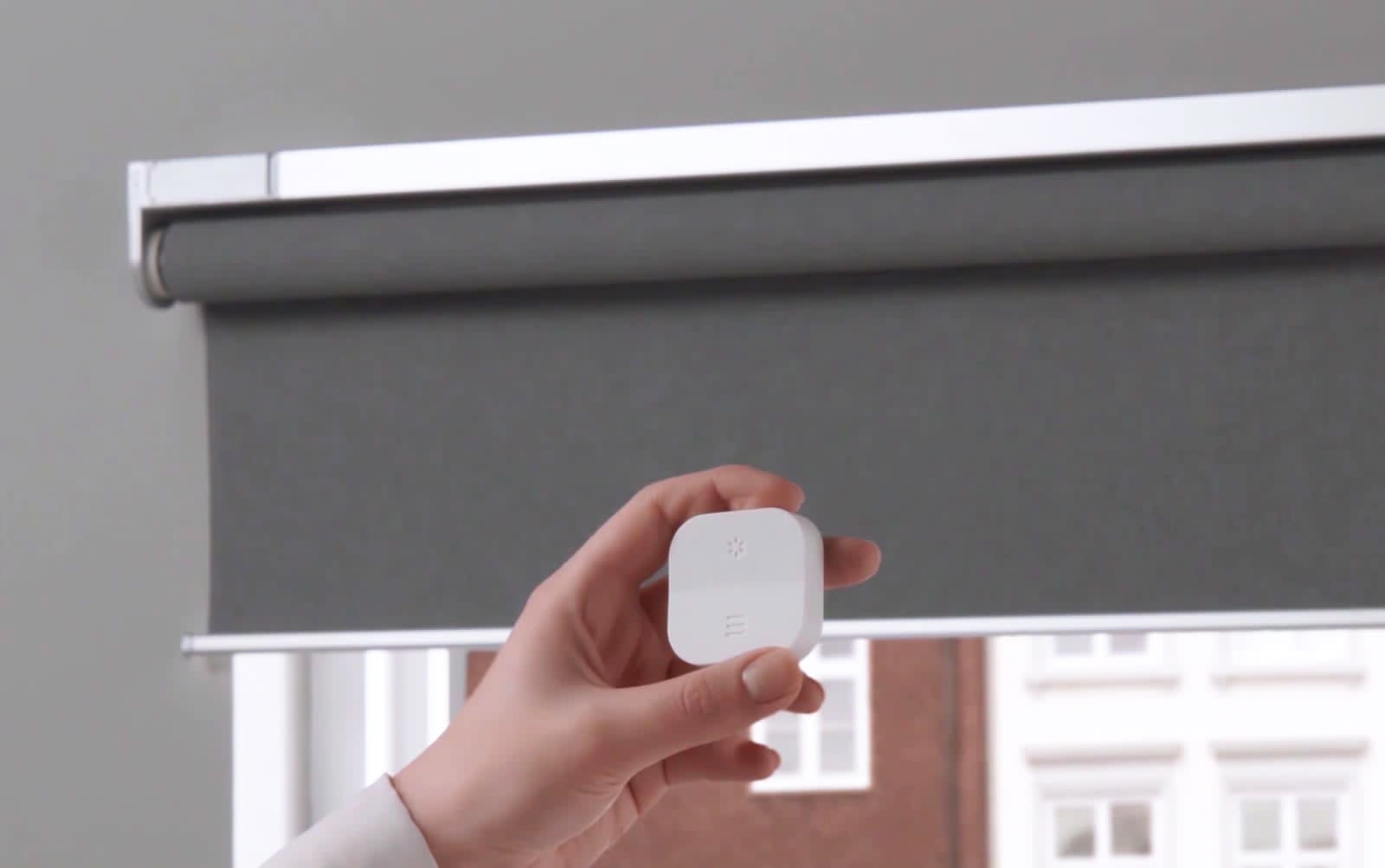 IKEA is delaying the launch of its smart blinds until later in 2019 in order to work on a firmware update. The Verge reports that the Swedish furniture maker pushed back the release date for the smart blinds, which were expected in Europe last month and in the US in April, because it found an opportunity for "improved functionality". What kind of functionality, exactly? Mainly, the smart part.

IKEA said that the belated launch means that the smart blinds will be compatible with Alexa, Siri, and Google Assistant right away, instead of in a later firmware update. Both the KADRILJ and FYRTUR smart blinds are attractive due to their low price; the KADRILJ starts at around $113 dollars and the FYRTUR starts at around $136 dollars, based on their European pricing. Some existing smart blind options such as Somfy or Velux start at twice that amount. The IKEA model lets owners draw their blinds at will or time them to close at a certain hour of the day with the TRÅDFRI smart home app. At present, only the FYRTUR blackout shades are expected to be released in the US.

There's currently no information on an updated release date. The company plans for sales to start in Europe and the US sometime later in 2019.

In this article: alexa, gadgetry, gadgets, gear, Google Home, ikea, IkeaCatalog, siri, smart blinds, smart home
All products recommended by Engadget are selected by our editorial team, independent of our parent company. Some of our stories include affiliate links. If you buy something through one of these links, we may earn an affiliate commission.