A new setup screen within iOS 12.2 beta allows you configure the AirPods to recognize your voice.

The beta version of iOS 12.2 comes with a pretty strong indication that you'll be able to use Apple's next-gen AirPods to summon Siri. 9to5Mac has discovered a new setup screen for the wireless earbuds within 12.2, clearly stating that you'll be able to talk to the voice assistant via the AirPods. While the earbuds you can buy right now don't support the feature, rumors suggest that Apple is developing a new version that can. 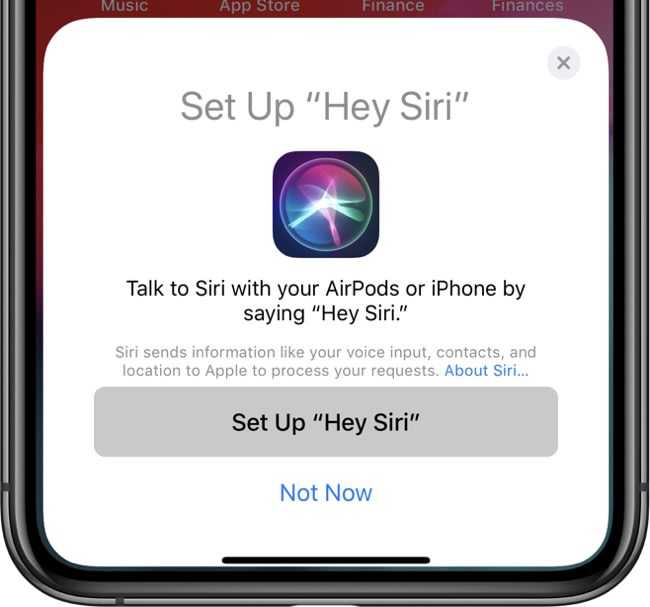 The setup screen, as you'd expect, will give you a way to configure a new pair of earbuds to respond to your voice. According to 9to5Mac, the new AirPods themselves will be able to recognize the "Hey Siri" command, allowing you to summon the voice assistant even if your phone is in your pocket or your bag and without having to tap on the earbuds.

Apple hasn't announced anything definite about the second version of its wireless earbuds yet. Apple analyst Ming-Chi Kuo, who's been historically accurate with his predictions, claimed last year that AirPods 2 will come with wireless charging capabilities, though. A newer DigiTimes report also said that the updated earbuds will have health monitoring functions and that they'll be available in the first half of the year.

All products recommended by Engadget are selected by our editorial team, independent of our parent company. Some of our stories include affiliate links. If you buy something through one of these links, we may earn an affiliate commission. All prices are correct at the time of publishing.
View All Comments
Apple's next-gen AirPods could respond to 'Hey Siri'