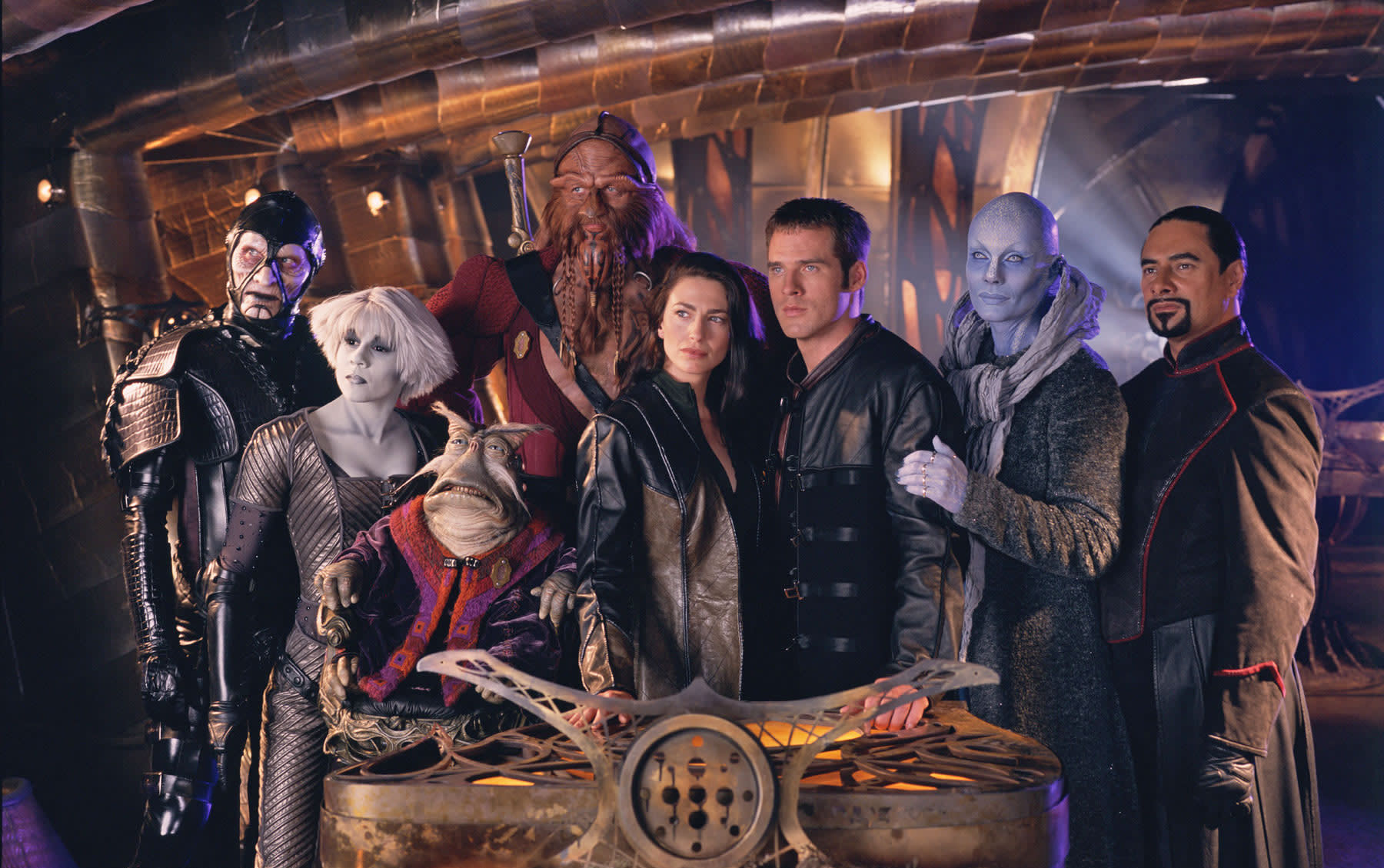 Fans of Farscape, the cult sci-fi show from 1999 that features a lost astronaut, deadly mercenaries, and puppets, are in for a treat. All four seasons of the Jim Henson Company series, newly remastered in HD, will be available to stream on Amazon Prime Video on March 19th. Curious viewers can ask Brian Henson, one of the show's creators, questions at a Facebook Live event on March 19th, at 12:45 PT.

Many refer to Farscape, which won Saturn awards for best syndicated/cable television series over three consecutive years, as a classic of the genre. The space soap opera's hero is NASA astronaut John Crichton (Ben Browder), who gets sucked into a wormhole and comes out in the middle of an intergalactic conflict. Crichton joins a spaceship of alien fugitives who are on the run from the human-like Peacekeepers. The alien puppets featured in Farscape are about as far away from Sesame Street as you can get; they're more in line with darker Hensons fare like Dinosaurs.

Farscape was the Sci-Fi channel's first original series, and has achieved cult status over the years following its last season, which aired in 2003. Following its cancellation, a fan campaign to revive the show was big enough to warrant news coverage. TV Guide even added Farscape to its list of 25 Best Cult Shows, joining the likes of Battlestar Galactica and Babylon 5. Farscape has lived on in the form of memes and a comic book by BOOM! Studios. Now fans can stream the show and also expect fan events, a vinyl soundtrack release, and even toys to be released in the coming months.

In this article: amazon, entertainment, farscape, jim henson, ScifiChannel, space
All products recommended by Engadget are selected by our editorial team, independent of our parent company. Some of our stories include affiliate links. If you buy something through one of these links, we may earn an affiliate commission.