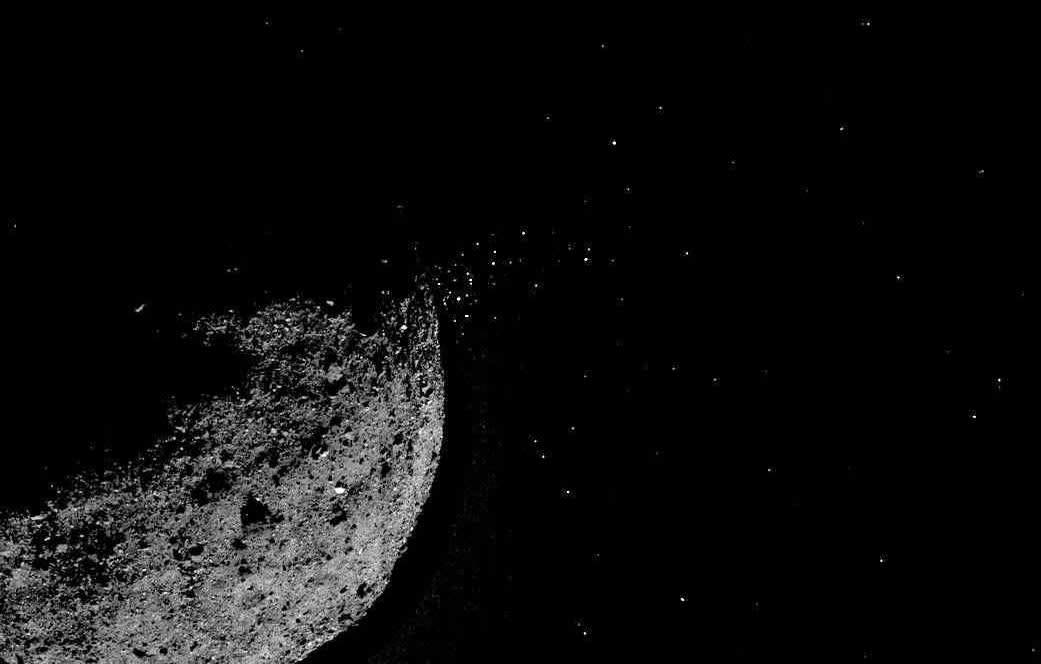 An asteroid slightly wider than the Empire State Building has confused scientists by shooting out plumes of dust, as a new set of close-up images from NASA shows. Bennu, the near-Earth asteroid that NASA's OSIRIS-REx mission has been observing since December 31st, is already confounding scientists in a variety of ways.

Asteroids that shoot particles are rare. The chances of a particle-spewing asteroid also being one that NASA picked for observation are even more rare. This means that Bennu is an active asteroid, of which only a dozen have been found among the nearly 800,000 that scientists have observed. "The discovery of plumes is one of the biggest surprises of my scientific career," said Dante Lauretta, OSIRIS-REx principal investigator at the University of Arizona, Tucson, in a NASA press release.

OSIRIS-REx scientists discovered the first particle explosion on Bennu's surface on January 6th. Nearly a dozen more would come in the next couple of months. After deciding that the particles wouldn't pose a risk to the spacecraft, the mission team decided to track them in order to analyze their potential causes. The team is still finding exploding particles to this day.

Other discoveries from Bennu are catching scientists off-guard. For starters, the number of boulders on Bennu's surface is an unexpected finding. Based on observations from Earth, scientists expected Bennu to have a smooth surface -- but a closer look revealed that Bennu is rough and rugged. This will make sample collection more difficult, and NASA scientists are currently working on an alternative approach. The spacecraft also detected magnetite on Bennu's surface, supporting an earlier finding that rock interacted with liquid water on Bennu's parent body.

The scientific community is united in their surprise over the Bennu asteroid's recently discovered traits. With the Bennu mission comes lots of new data and new questions. "I think the composition and particularly the plumes were unexpected, and therefore very exciting. What are theses plumes?" said Stanford University's Scott Hubbard in an email to Engadget. Could Bennu's plumes resemble the icy, geyser-like jets found on Enceladus, Saturn's moon? Or could they be something else?

Professor Avi Loeb, who serves as chair of Harvard University's astronomy department, told Engadget that the recent revelations about the Bennu asteroid reminded him of a quote from Oscar Wilde, "The only people who appear normal to me are those that I do not know very well."

In this article: asteroid, bennu, nasa, Osiris-Rex, space, tomorrow
All products recommended by Engadget are selected by our editorial team, independent of our parent company. Some of our stories include affiliate links. If you buy something through one of these links, we may earn an affiliate commission.