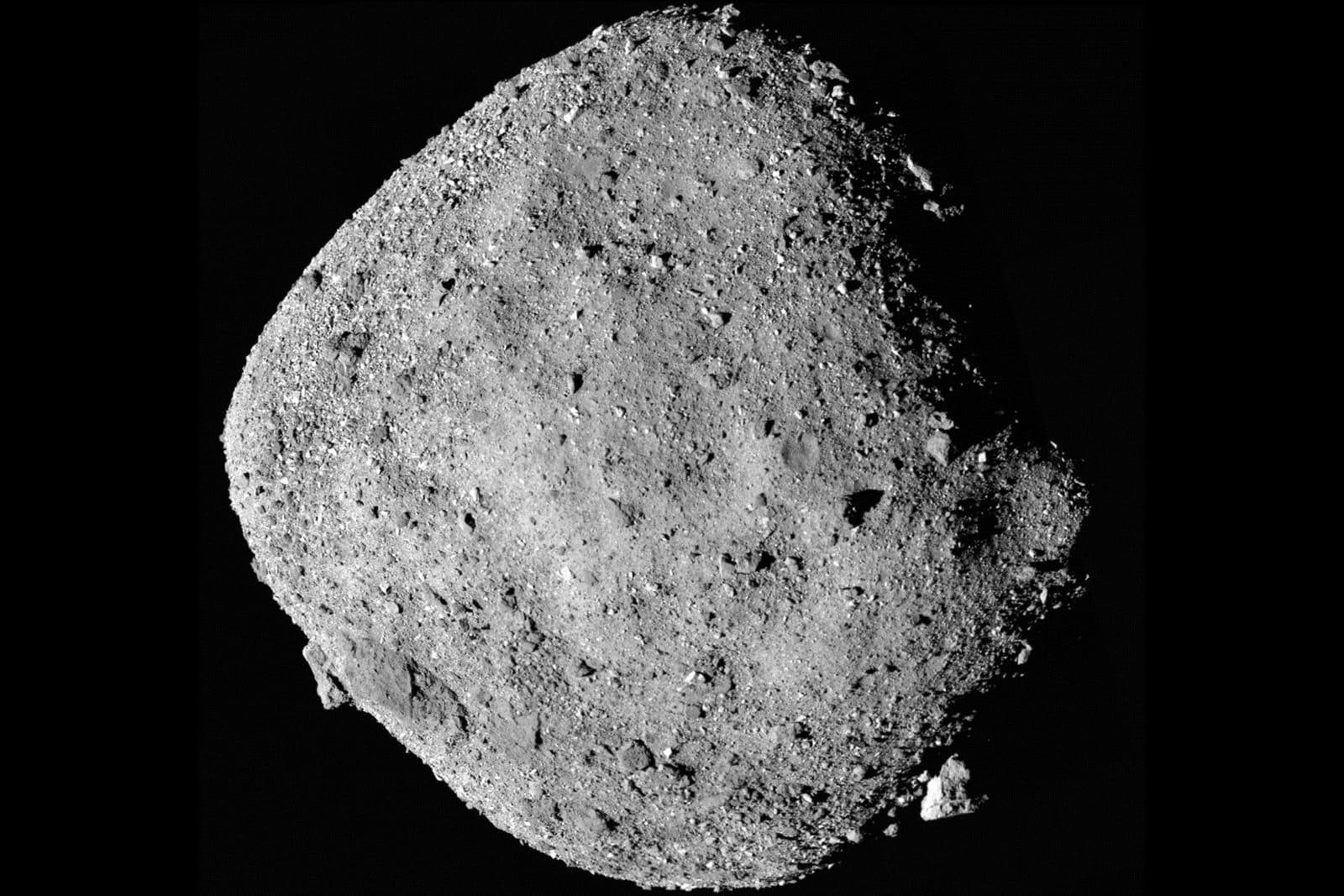 It didn't take long for NASA's OSIRIS-REx spacecraft to glean valuable insights from the asteroid Bennu. The vessel has helped scientists discover water trapped inside Bennu's clays thanks to its two spectrometers, which spotted the hydroxyls (bonded hydrogen and oxygen atoms) that indicate interaction with water. Researchers believe Bennu's parent astroid hosted liquid water at one point, and these traces carried over to the smaller space rock.

The team collected its data during OSIRIS-REx's approach phase between mid-August and its December 3rd arrival. Their findings also confirmed that the real asteroid lined up with models developed in 2013.

There's a lot more work to do. OSIRIS-REx won't go into orbit around Bennu until December 31st, and it'll be longer still before the ship collects a sample of the asteroid. It won't return that sample until 2023. Nonetheless, this suggests that NASA chose the right asteroid and that Bennu could provide significant insight into the formation of the Solar System.

In this article: asteroid, bennu, nasa, osiris-rex, science, solarsystem, space, spacecraft, spectrometer, tomorrow, water
All products recommended by Engadget are selected by our editorial team, independent of our parent company. Some of our stories include affiliate links. If you buy something through one of these links, we may earn an affiliate commission.