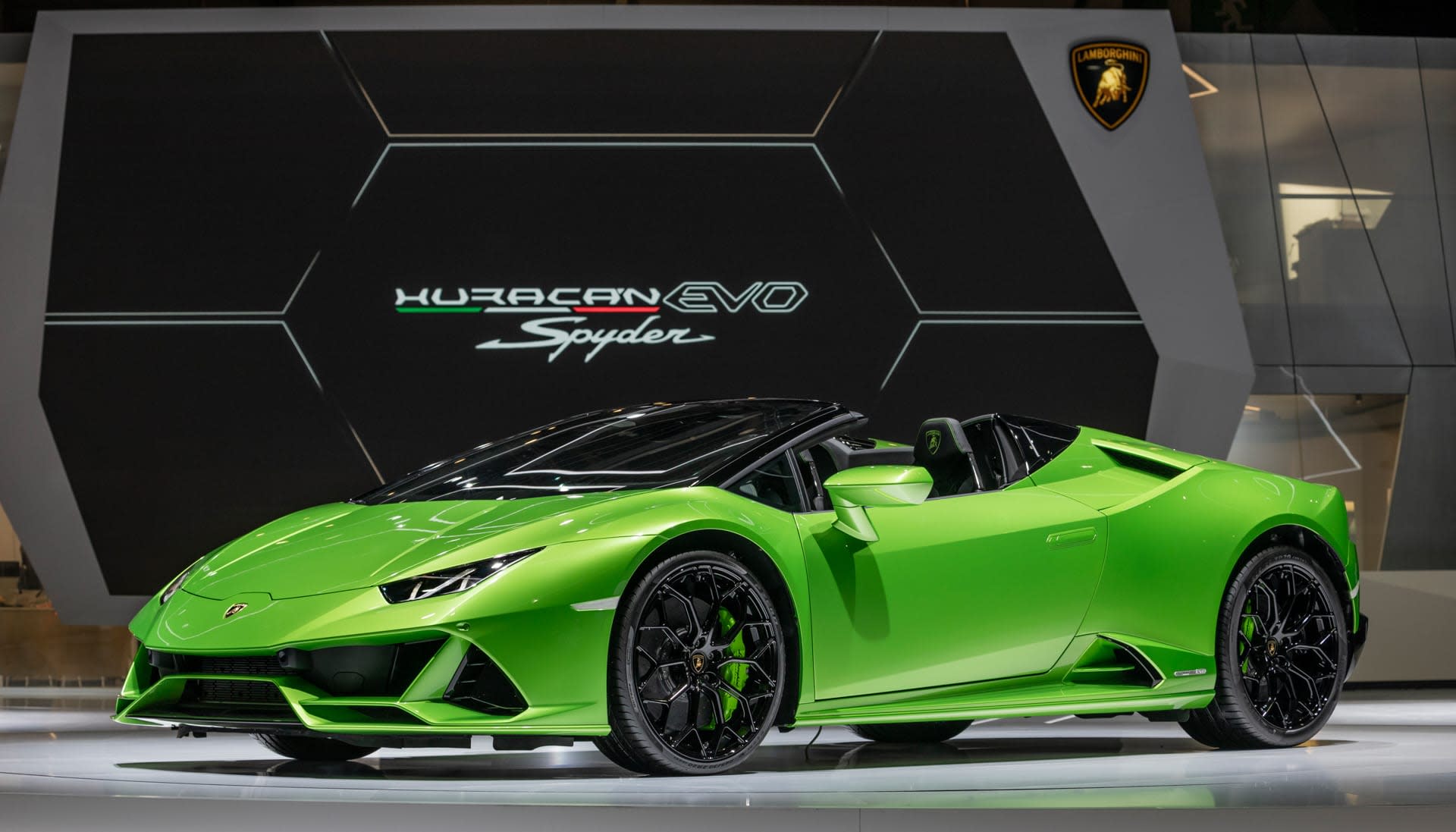 Lamborghini’s latest Huracán is a supercar with a supercomputer

Calculating so you don’t careen off the road.

Over the past few decades, technology has made vehicles safer and easier to drive. Anti-lock brakes, traction control, torque vectoring and other bits of tech keep cars on the road instead of flying into a ditch when things get hairy. It's why newer cars typically handle corners better than older cars.

At Lamborghini, they've taken things further with their new Lamborghini Dinamica Veicolo Integrata or LDVI system. The Engine Control Unit (ECU) takes data from the entire car and uses it to adjust how the new Huracán EVO Spyder drives in real time (actually in less than 20 milliseconds. But that's about as close as you can get to real time). Cars have been doing some form of this for a while but the Italian automaker needs to be able to do this at incredible speeds and in environments your typical sedan or SUV doesn't encounter.

With this technology, Lamborghini is able to take the raw power of an all-wheel-drive supercar with a V10 engine and 630 horsepower and tame it, just enough, so your average driver (who can shell out $287,400) can enjoy themselves behind the wheel of the all-wheel-steering vehicle without, you know, flying into a ditch.

To achieve this, the LVDI is actually a super fast central processing unit that takes in data about the road surface, the car's setup, the tires and how the driver is driving the vehicle. It then uses that info to control various aspects of the Huracan.

The system works in concert with the Lamborghini Piattaforma Inerziale (LPI) version 2.0 hardware sensors. This system uses gyroscopes and accelerometers located at the car's center of gravity. It measures the vehicle's movements and shares that data with the LVDI computer.

Lamborghini says the system is so in tune with all aspects of a drive that it can actually predict the best driving setup for the next moment. In other words, if you're behind the wheel flying around corners on a back road, the system will recognize your behavior as you enter a corner and adjust itself.

"Where it's possible to do a bigger jump in the future is with the intelligent use of four-wheel drive and four-wheel steering and the movement and control of the torque wheel by wheel in a way that can be more predictable and that is what we have with the Huracan EVO," said Maurizio Reggiani, chief technology officer of Automobili Lamborghini.

Lamborghini is thinking about a world beyond a completely gas-powered engine though -- it has a pipeline for hybrid and electric vehicles. But Reggiani notes that Lamborghini will probably be the last automaker to leave behind a large growling power plant.

Putting all that power to the ground in a controllable way requires an incredible amount of technology -- that's where LVDI and other pieces of technology come in. The automaker believes the result is a driving experience that matches exactly what the driver wants, regardless of the mode the car is in. Whether it be Strada, Sport, or the track ready Corsa, the vehicle (in a controlled way) should deliver.

That control allows a driver to do something that typically takes months if not years to master: drifting. It goes against what the car wants to do -- lose traction. But in Sport mode it's possible. To do that, the vehicle has to figure out (in real time and safely) things like what angle it wants to slide. The Huracán EVO Spyder has to understand that you want to drift and not fight that. If it does, it will jerk the car (and driver) back into alignment. 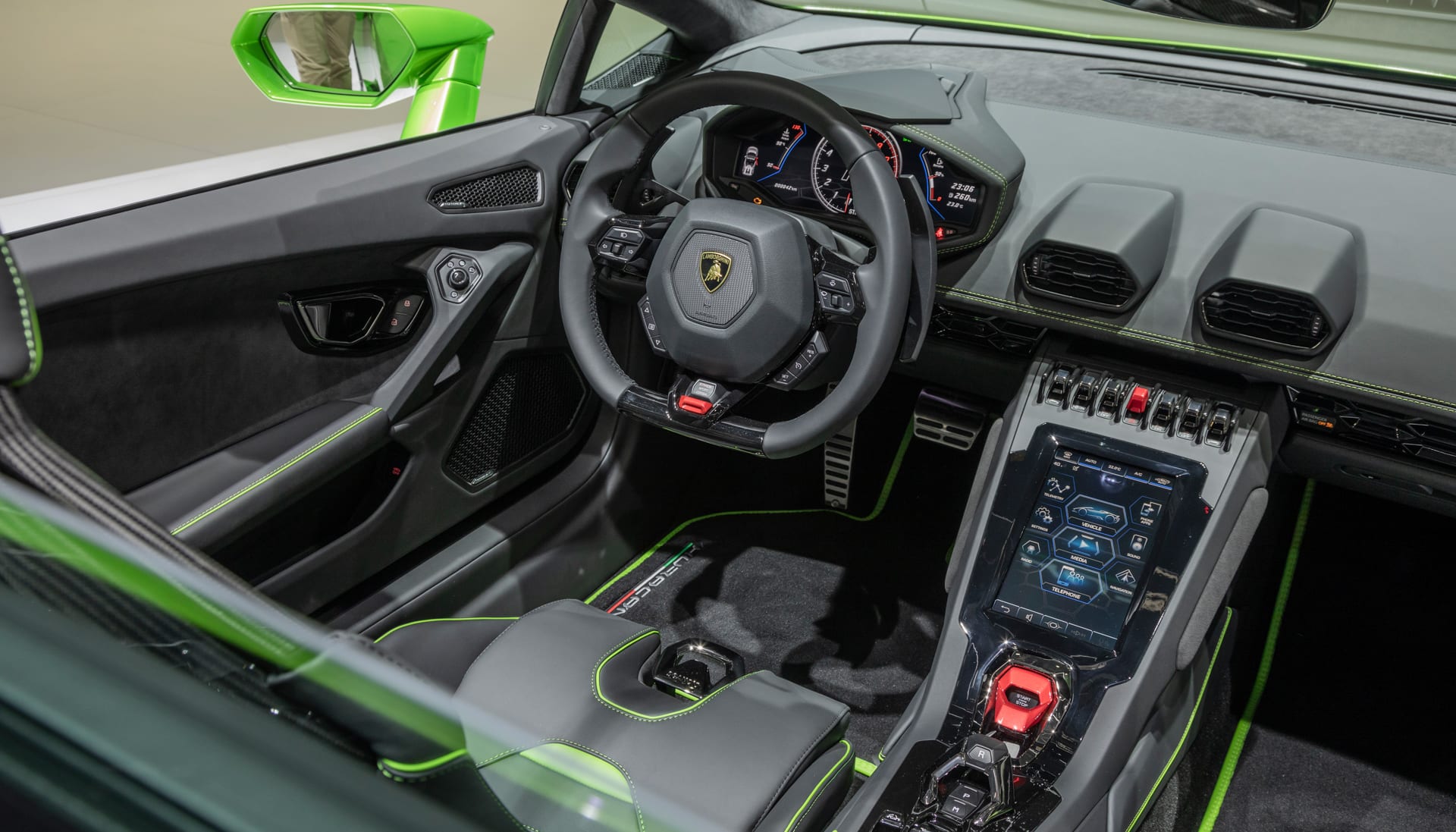 To relive your Fast and Furious dreams, the automaker started where lots of companies start with new technology: In the simulator. But a computer can't faithfully reproduce the real world. Mostly that has to do with tires, a variable that's tough to predict because of the density of the rubber's compound and its wear.

Then, of course, there's the driver. We all drive differently but the experience must be the same for everyone. It's important that even with all that technology, it's still a driving experience. "We don't want to have something that substitutes the driver. We want to have a car that is able to understand what the driver wants to do," Reggiani said.

Lamborghini is known for large engines, intense growls, striking design and bank-busting prices. But the reality is all that power would be useless if drivers couldn't actually control the car. The automaker's latest system makes that possible for everyone. Sure, only a select few can own a Lamborghini, but everyone can appreciate a system that makes driving safer while simultaneously more fun.