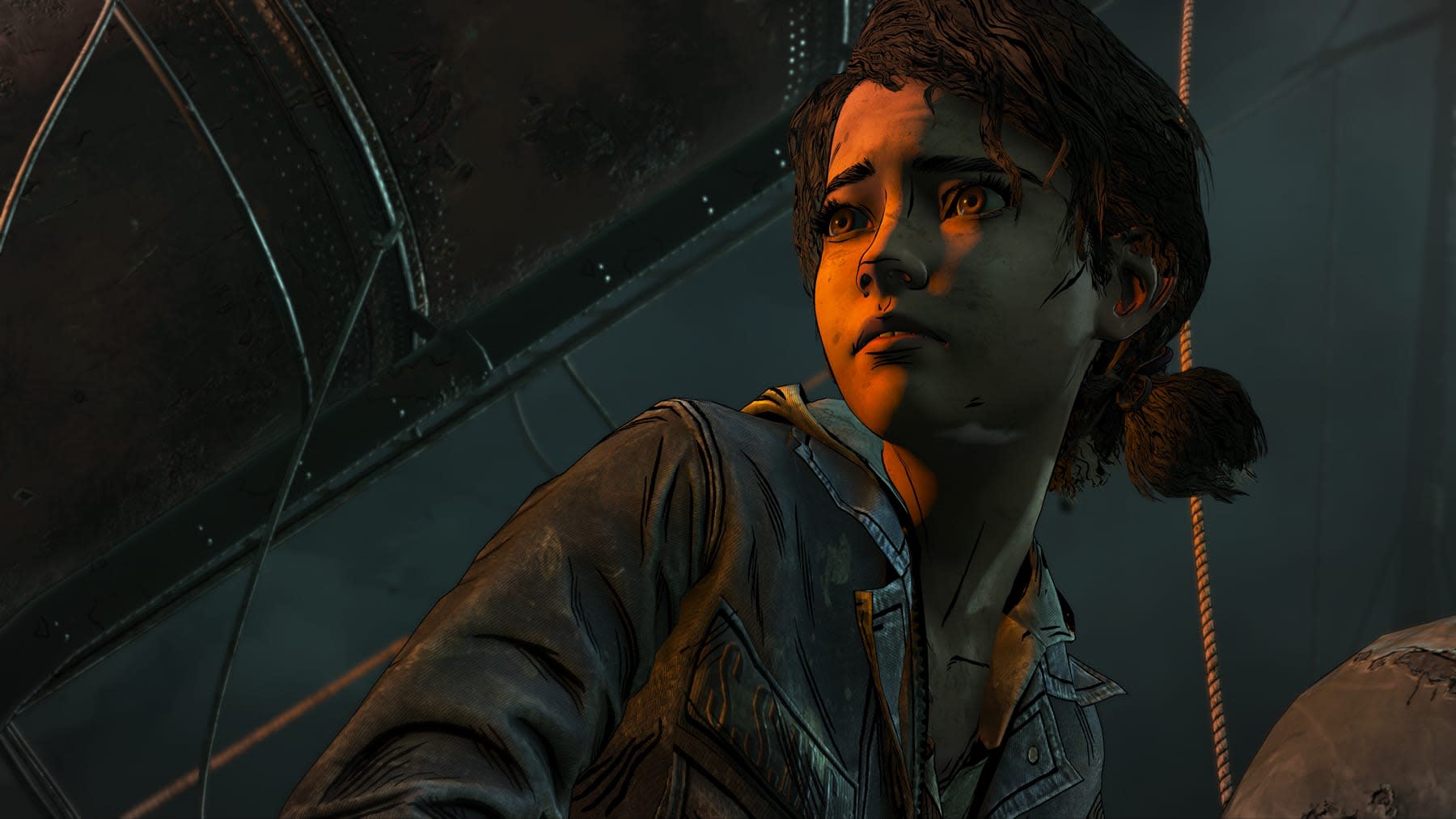 It's been a long journey, but we're finally here: the last episode in Telltale's Walking Dead video game series. When the studio folded in September last year, we weren't sure if Clementine's story would ever be completed. But thanks to Skybound Games -- a company owned by Walking Dead creator Robert Kirkman -- and some former Telltale employees, it's done. Finito. Case closed. The choose-your-own-adventure series has come a long way since its premiere in April 2012. We've lost lead characters and watched the world slowly descend into anarchy. Back in reality, meanwhile, we've seen a once-beloved game studio rise, overextend and fall. Here, two of Engadget's editors reflect on The Walking Dead and its West Coast creators.

This article contains spoilers for 'The Walking Dead' I wept at the end of The Walking Dead: Season One. Telltale delivered a heartbreaking finale for Lee Everett -- a former professor and convicted murderer -- and his efforts to protect a young girl called Clementine in the middle of a zombie apocalypse. The bite. The kidnapper. The gut-wrenching farewell inside a jewelry store. It was a bleak and emotionally draining climax that earned the studio countless accolades in 2012.

Almost seven years later, the once-acclaimed series is finally over. I enjoyed the finale but feel the developers could and should have done more with Clementine's character. It was a heartfelt goodbye, sure, but I was hoping for a grander statement on the world and its inhabitants.

For context: I loved season two and how it portrayed Kenny, a friend of Lee's who is kind but increasingly unstable after the death of his wife and son. Picking between Kenny and the resourceful but self-centered Jane was one of the toughest decisions I've ever made in video games. (In my playthrough , Jane died, and I left Kenny at the side of the road. Please don't judge me.) Season three was a bust, though. Javier's story felt like a needless divergence and relegated Clementine to a sideline character.

The fourth and final season wisely switches the spotlight back to the game's central heroine. It begins with an older Clementine driving through the backcountry with AJ, a young survivor born after the outbreak in season two. They stop for some supplies, get swamped by nightmarish 'walkers' and ultimately crash their car in a ditch. Luckily, the world-weary pair are saved by a group of children who live in a nearby boarding school. 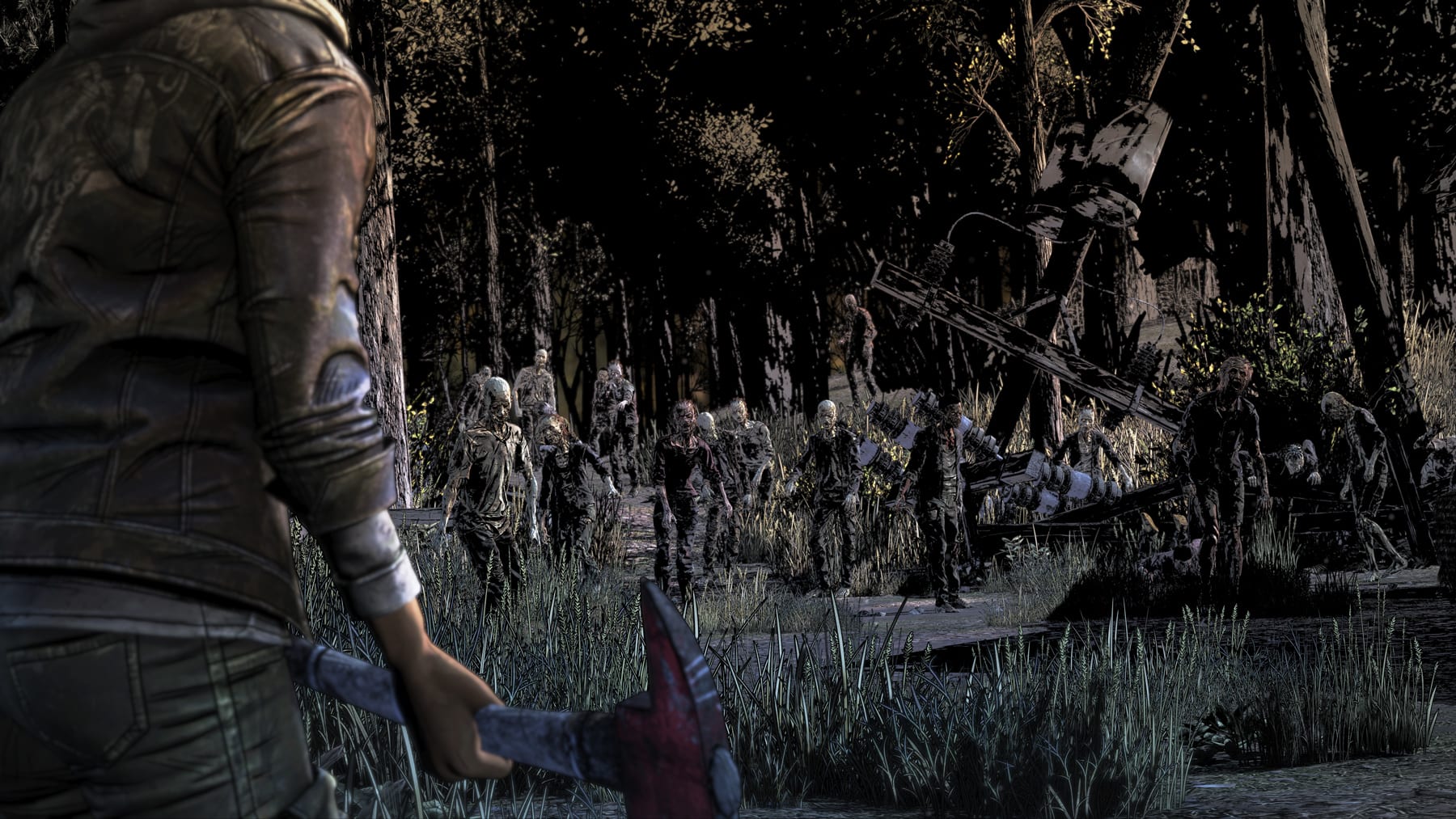 That axe reminds me of someone...

The story is well written and has a smaller and tighter scope than season three. It did, however, give me a nagging sense of deja vu throughout. Clementine spends the bulk of the first episode, for instance, persuading her rescuers that she's trustworthy and can help them survive the apocalypse. It also mirrors the start of season two where a still-young Clem has to convince a wary group of survivors holed up in a cabin.

Later in season four, Clementine defends the school from raiders and manages to capture one of its members -- just like Michonne did in her Telltale mini-series. The details are different, but the broad strokes are oddly familiar.

At first, I thought these retreads were intentional. A chance for the player, and Clementine, to make different decisions that reflect her experience and the world's changing state. But your dialog options and resulting actions rarely diverge from previous seasons. If Telltale was trying to say something clever about the cyclical nature of life, it didn't come across.

It's a fascinating setup that never quite pays off.

The final season does try something new with AJ, however. Clementine's teachings -- which oftentimes are kill or be killed -- have turned the five-year-old into a cold and emotionally confused murderer. He struggles with right and wrong because everyone, including Clem, is living with such a skewed moral compass.

It's a fascinating setup that never quite pays off. James, a former 'whisperer' who wears a mask and can safely move amongst the walkers, wants AJ to stop killing altogether. His pleas are supposed to make you pause and question your parenting approach. It's a pointless debate though: What happens if Clementine dies? AJ would have to live as a whisperer or accept defeat the first time he runs into some bandits.

In my playthrough , at least, AJ never became a pacifist or an unhinged death machine. He once said that he " liked" killing someone, but that was about it. Clementine was clearly shocked but managed to explain the nuances of when and why it's okay to kill someone in this strange new world. After that, he seemed to calm down and find his humanity again.

For now, it's impossible to know what , if anything, was lost in the shift from Telltale to Skybound Games. The script and general story beats probably stayed the same -- the achievement/trophy list and associated names were never altered , for instance. Individual scenes could have been condensed , however, or simplified to ease production in the latter stages.

Ultimately, I can only judge what I've had the chance to play. The episodes are polished but occasionally uneven, with stiff animations and a couple of jarring scene transitions. The structure of the finale is particularly odd, with a sudden climax at the end of the first act and an intriguing but ultimately unnecessary flashback in the middle. It's a personal opinion, but I also wish the developers had saved Clementine's conversation with Lee for the finale rather than episode three. The series started with Lee, and it would have been fitting to hear his voice closer to the end credits.

I won't spoil the ending here. The final twist is controversial, though, and asks the player to believe an unlikely (yes, even by Walking Dead standards) chain of events. Regardless, I'm glad the ending exists for people like me who have stuck with the series through its many highs and lows. It's not a perfect send-off, but it's better than a half-finished season. 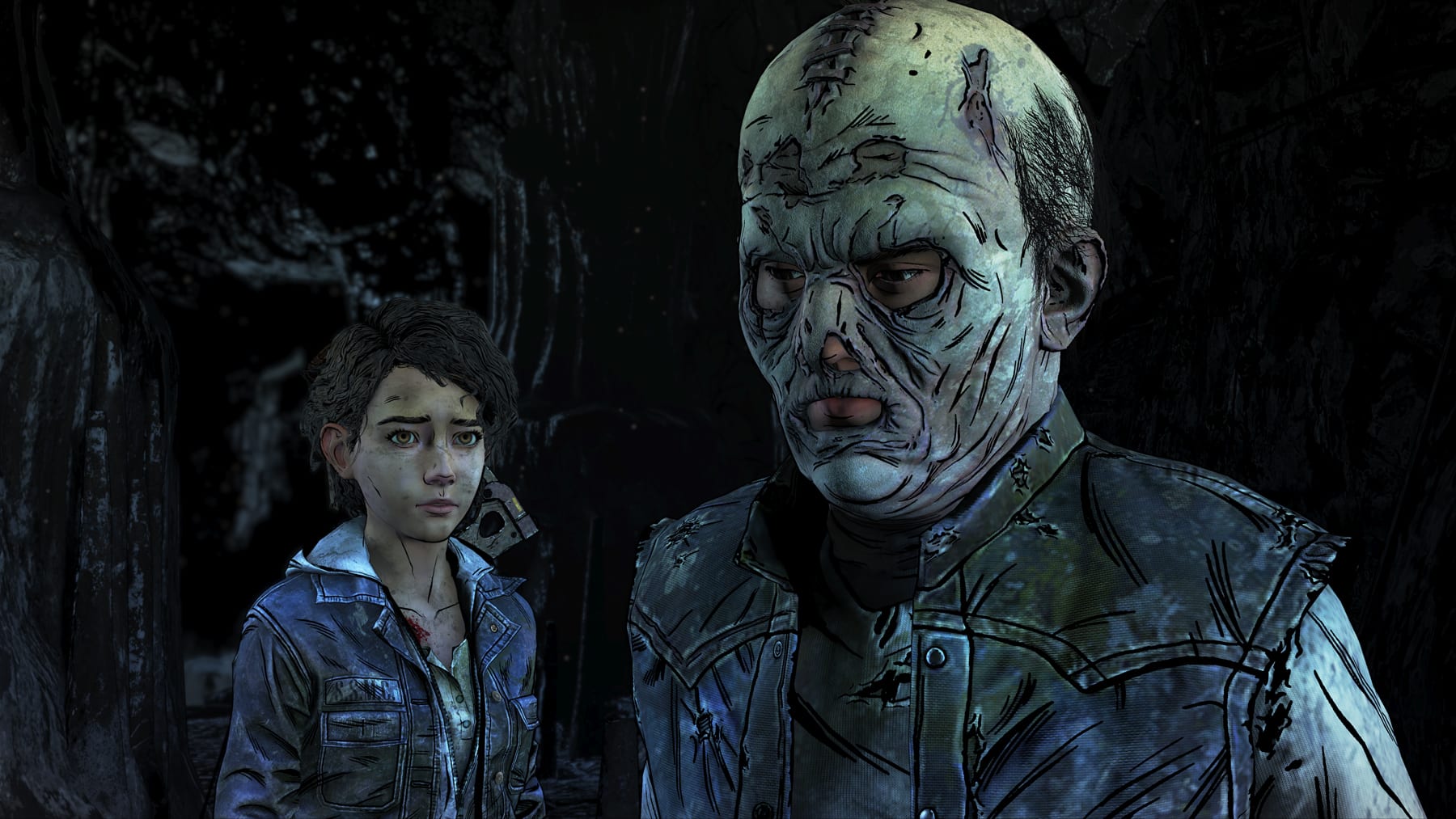 James is able to move and hide within ' herds' of walkers.

Telltale's Walking Dead series was a narrative awakening for me when it debuted in 2012. I've been gaming since I was five, but I missed out on the heyday of PC adventure titles. So The Walking Dead's combination of well-written interactive storytelling, cinematic style and compelling player choices felt completely fresh and exciting. It was the stepping stone that Telltale's quick ascent was built on -- and something that inspired other developers to explore similar titles, like Square Enix's excellentLife is Strange.

It's just a shame the developer couldn't keep up. When Telltale abruptly shut down last September, I was profoundly disgusted with how it treated its employees -- so much so, that I didn't have much interest in finishing The Walking Dead's final season. I loved the first episode, but I was perfectly fine with letting its cliffhanger be my last memory of the series. When Skybound announced it was willing to complete the season by bringing over some Telltale workers, I was moved by their devotion to Clementine . After being unceremoniously laid off, the former Telltale employees would be well within their rights to move on to other projects. But they stuck around to finish Clementine's story properly -- they were as committed to the character as I was.

Every decision I make for Clementine feels like something I'd tell my daughter in a few years.

Coming back to The Walking Dead after several months was a bit of a trip. I played the first episode a month before my daughter Sophia was born, and I found it to be an intriguing exploration of how you'd raise a child during the zombie apocalypse. Now, six months later, and fully committed to diaper-changing dad life, I'm looking at the series through fresh eyes. Every decision I make for Clementine feels like something I'd tell my daughter in a few years. I want her to be strong, but not cruel. Wise, but not a know-it-all. If I could manage it in this game, surely I could handle it in the real world.

More than ever, I just want Clementine and her young charge, AJ, to be happy. But this being The Walking Dead, that never lasts too long. I know how this works -- I'm fully prepared for this season to break my heart eventually . I just hope Clementine finds some sort of peace.