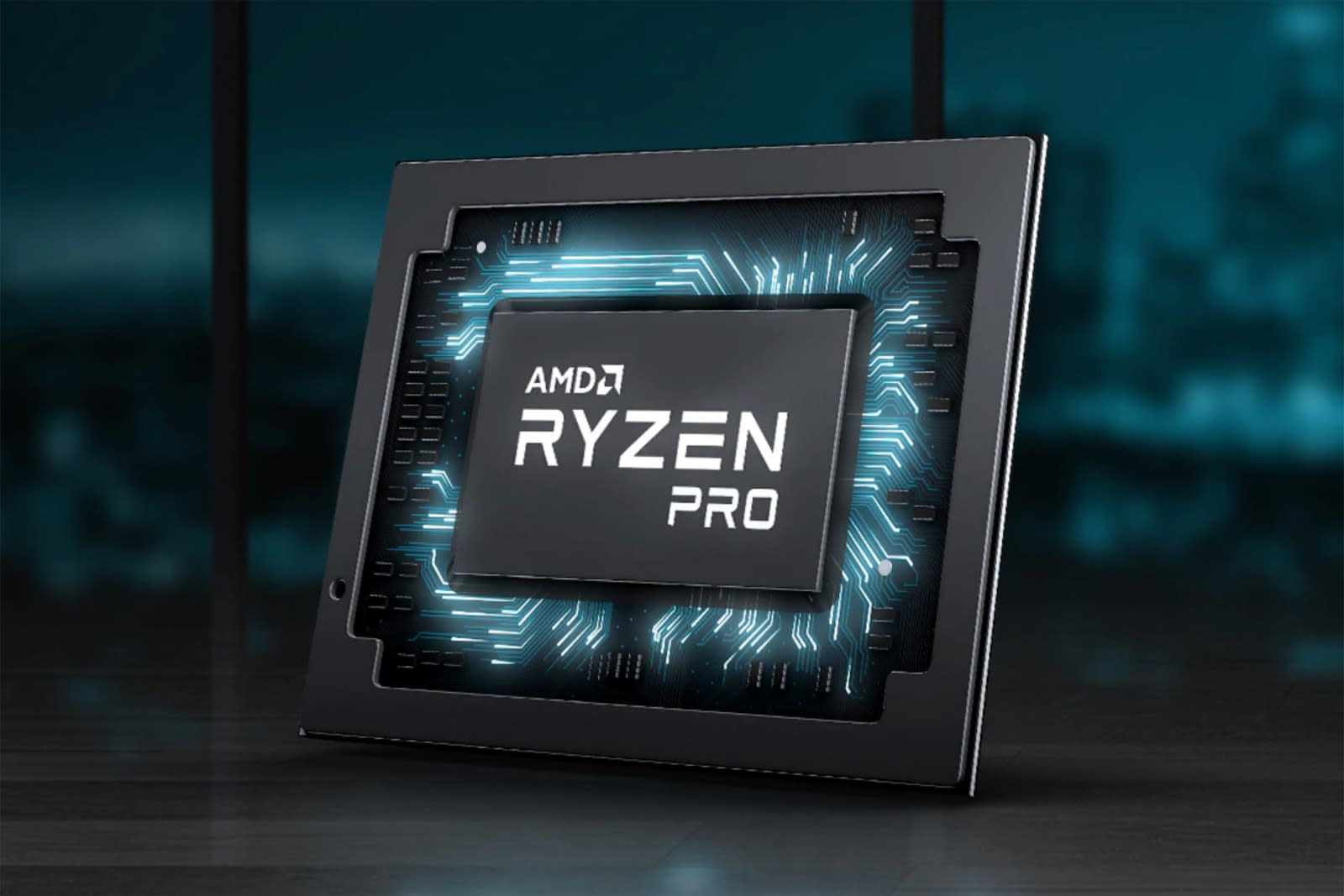 Now that AMD has unveiled second-gen Ryzen chips for everyday laptops, it's turning its attention to the pro crowd. It's releasing a new wave of Ryzen Pro processors aimed at "premium" (but still highly portable) work machines. The four-core Ryzen 3 Pro 3300U, Ryzen 5 Pro 3500U and Ryzen 7 Pro 3700U all take advantage of the updated 12-nanometer design and Vega graphics to deliver reasonably speedy 3D modelling and other tasks that aren't always practical on thin-and-light machines. The "pro" part mostly comes through their sheer resilience -- they have a security co-processor and are designed for "commercial-grade" reliability.

The performance differences mostly boil down to clock speed. The Ryzen 3 starts with a 2.1GHz base clock speed, a 3.5GHz peak speed and a 6-core Vega GPU. Move to the Ryzen 5 and you'll get a higher 3.7GHz boost speed and an 8-core GPU, while the Ryzen 7 ramps up to a 2.3GHz base speed, a 4GHz boost speed and a 10-core GPU. There's also a dual-core, 2.4GHz (3.3GHz peak) Athlon Pro 300U chip for the cost-conscious with three-core graphics.

Not surprisingly, AMD is claiming a performance edge over Intel. It believes the Ryzen 7 Pro is as much as 14 percent faster for media creation and day-to-day office tasks than a comparable Intel Core i7 laptop. You'll want to take claims like this with a grain of salt, as you do with other manufacturers, but it does bode well you want to wring every ounce out of productivity out of your portable PC.

You won't have to search far to find systems. HP and Lenovo have committed to launching Ryzen Pro-based laptops later in the second quarter (no later than June), and other PC makers are waiting in the wings.

In this article: amd, athlon, athlon pro, cpu, gear, laptop, personal computing, personalcomputing, processor, ryzen, ryzen pro, vega
All products recommended by Engadget are selected by our editorial team, independent of our parent company. Some of our stories include affiliate links. If you buy something through one of these links, we may earn an affiliate commission.