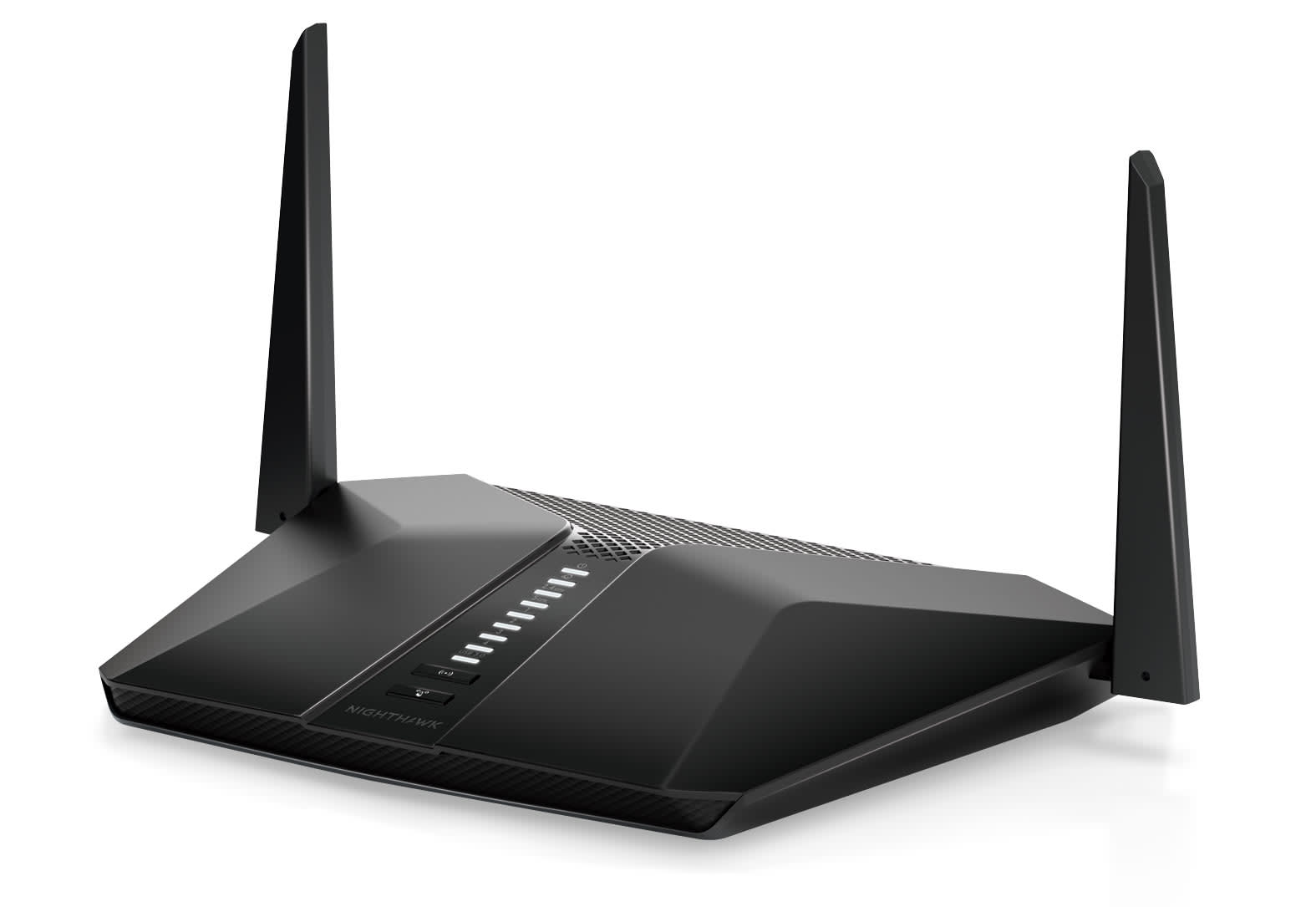 If your router can't handle your growing number of gadgets, Netgear's latest WiFi 6 router could solve the problem. The freshly-announced Nighthawk AX4 comes in yet another spaceship-like design, and offers dual-band 4-stream WiFi with up to 600 + 2400Mbps speeds -- a generous 3Gbps in total. These are handled by the AX4's dual-core processor plus Intel's WAV600 WiFi chipset, with the latter being notable as this is Intel's first foray into the WiFi 6 router market. As for physical ports, the AX4 comes with five Gigabit Ethernet ports (one WAN and four LAN) plus a USB 3.0 socket.

So what exactly can a WiFi 6 router give you that your old WiFi 5 router can't? First, there's the obvious benefit of higher connection speeds, which is crucial in the age of streaming services and competitive online gaming. According to Intel, users can see a 40 percent improvement in connection speeds; or in Netgear's words, WiFi 6 delivers "four times increased data capacity." WiFi 6 can also handle multiple devices better, with Intel's WiFi chipset supporting up to 256 devices at a time. Naturally, WiFi 6 routers are backward compatible with client devices running on older WiFi radios.

Like many of the WiFi 6 routers available now, the AX4 is expensive, but at $199.99, it's actually less costly than Netgear's other WiFi 6 routers -- namely the $400 AX8 which offers a whopping 1.2 + 4.8Gbps 8-stream WiFi. So if speed is your priority but you're also on a tight budget, the AX4 may be a more reasonable option. If you're still balking at the cost, don't fret, as you can always wait out for more cheaper options at some point in the future.

Update 4/9/19 11:34AM ET: This article has been updated to include detailed specs for the AX4, as well as to clarify the technology provided by Intel here.

In this article: gadgetry, gadgets, gear, intel, Netgear, router, wav600, wifi router, WiFi6
All products recommended by Engadget are selected by our editorial team, independent of our parent company. Some of our stories include affiliate links. If you buy something through one of these links, we may earn an affiliate commission.