Volkswagen's growing electric car lineup will include something for those who like the reassurance of a full-size SUV. The automaker has unveiled an ID Roomzz concept that previews a three-row SUV headed for production in 2021. It's stylistically similar to the smaller Crozz and will muster a comparable 301HP through its dual motors, but the added bulk cuts its range to 280 miles on the WLTP testing cycle and gives it a still-respectable 0-62MPH time of 6.6 seconds. In the concept, though, the interior is everything -- it's designed with self-driving tech in mind.

The Roomzz concept includes Level 4 autonomy (full self-driving in most conditions), and its seats can both recline and turn 25 degrees inward in that mode to create a "lounge-like atmosphere" when you aren't taking the wheel. It likewise ditches the conventional dash in favor of an all-glass panel and a giant infotainment display in the center, while "interactive light zones" provide info to everyone inside. We wouldn't be surprised if many of the autonomy-oriented features don't make the cut for the initial production model, but this gives you an idea of where VW would like to go.

Other clever touches include minivan-style sliding rear doors (we wouldn't be surprised if these vanish in production) and an eco-friendly interior with renewable "AppleSkin" seat covers and wood in the door panels.

VW has only committed to launching the finished Roomzz in China so far. With that said, it's hard to see the company passing on a launch in the SUV-addicted US, especially when it will likely want every opportunity it can to justify its American EV manufacturing plans. This should also provide a more affordable alternative to the upscale Audi E-Tron. 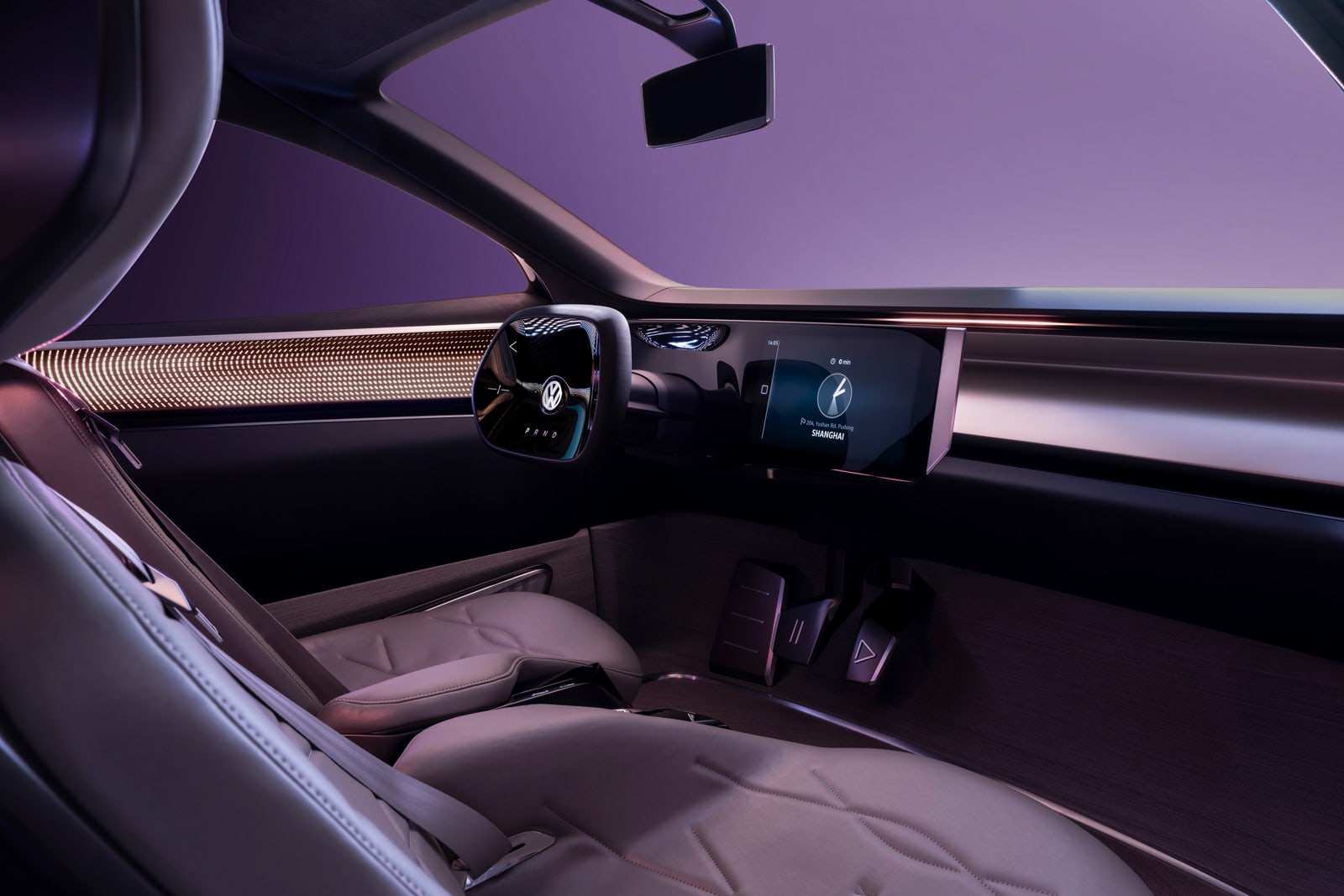