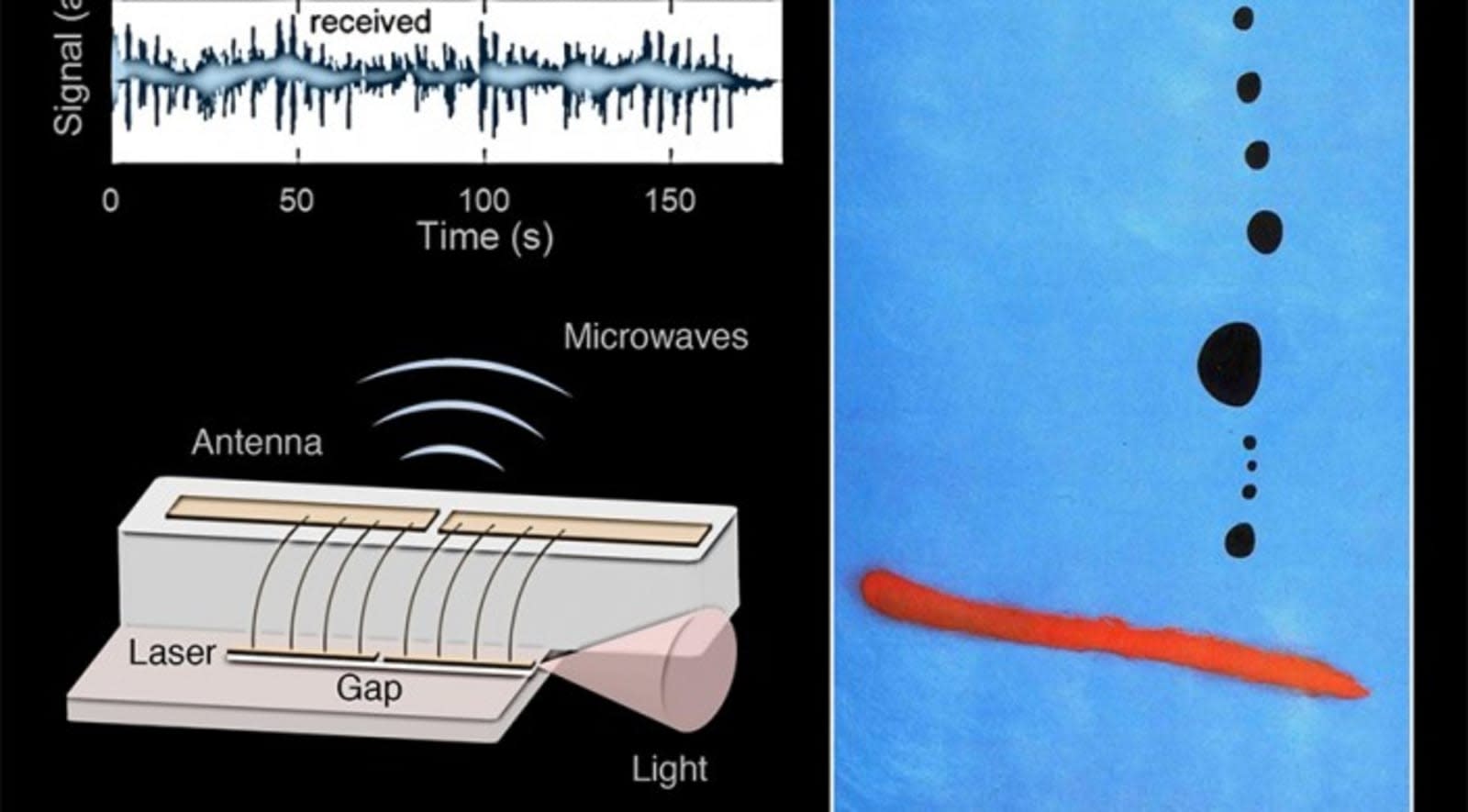 Researchers at the Harvard School of Engineering and Applied Sciences have developed a method to wirelessly transmit radio frequency via a semiconductor laser. The breakthrough, published in Proceedings of the National Academy of Sciences, is a marked advancement on conventional lasers, which can only emit a single frequency of light. The researcher's development can use lasers to emit microwaves, modulate them and receive external radio frequency signals, which opens up the possibility for "ultra-high-speed WiFi."

The development builds upon previous advances made by the lab, which found it was possible to use an infrared frequency comb in lasers to generate terahertz wavelengths capable of moving data -- and do it at speeds hundreds of times faster than today's wireless internet services. The latest findings make it possible to extract and transmit wireless signals from the frequency comb, which was made possible by creating a rabbit ears-style antenna that could receive and decipher the information being transmitted by the laser. The first thing they sent: the song "Volare" by Dean Martin.

Harvard has been experimenting with terahertz lasers for more than a decade now, and while researchers note the latest development bodes well for the future of wireless communication, the actual use of terahertz communication is still a ways off. That said, lasers have proven to be a viable option for data transfer, and companies like Facebook and Google have experimented with delivering high-speed internet to underserved regions via lasers.

In this article: design, gadgetry, gadgets, gear, harvard, Harvard School of Engineering and Applied Sciences, radio laser, radio laser transmitter
All products recommended by Engadget are selected by our editorial team, independent of our parent company. Some of our stories include affiliate links. If you buy something through one of these links, we may earn an affiliate commission.