Facebook and Microsoft are building a huge trans-Atlantic data cable 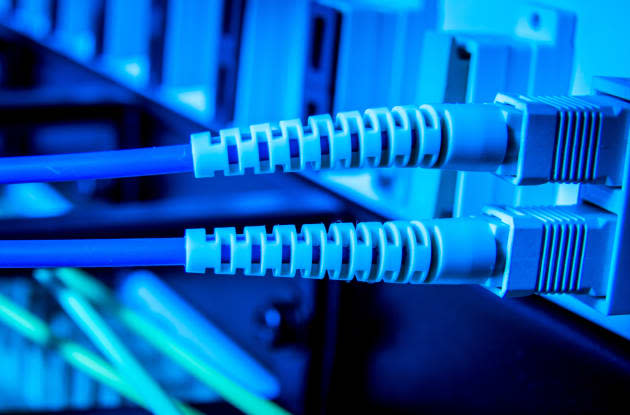 Looking for wicked fast internet? You may want to move to Denmark: researchers in DTU Photonics' High-Speed Optical Communications Group (HSOC) have set a new world record for single-transmitter data transfer. Using a new kind of optical fiber, the team was able to achieve transfer speeds of 43 terabits per second. Not familiar with bit-based statistics? Try this: that's more than five 1TB HDDs worth of data moved in less than one second. So, fast. The record was set using only a single laser transmitter, but faster speeds can (and have) been obtained using setups with hundreds of lasers. You can see the group's official announcement at the source link below, assuming you can read North Germanic languages.

In this article: datatransfer, denmark, fastinternet, fiberoptic, internet, terabit, worldrecord
All products recommended by Engadget are selected by our editorial team, independent of our parent company. Some of our stories include affiliate links. If you buy something through one of these links, we may earn an affiliate commission.