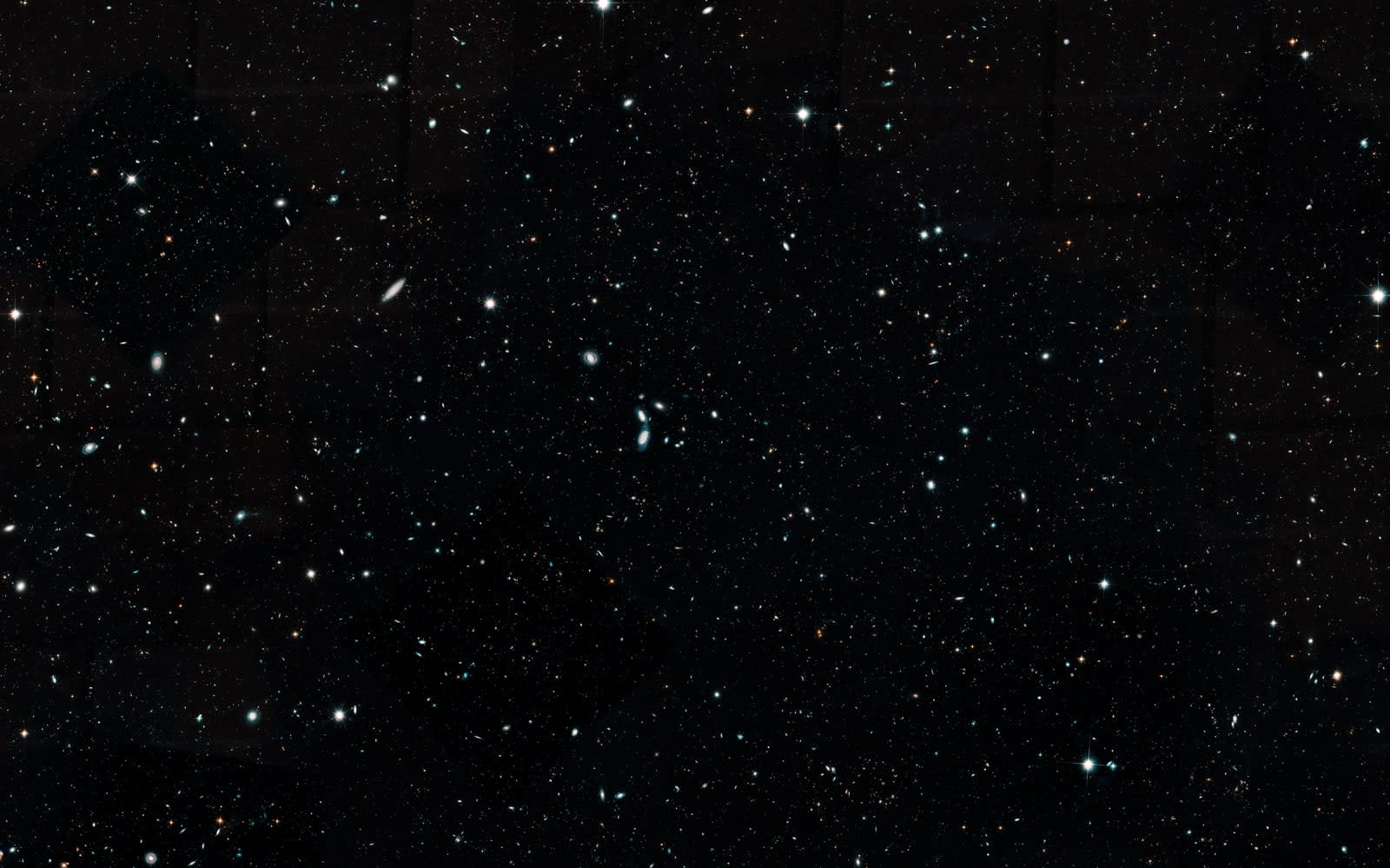 The Hubble Space Telescope has been capturing tons of space images since it entered orbit in 1990. Now, NASA has put together a mosaic photo using 16 years' worth of data to create one of the widest views of the universe we've ever seen. The image, called Hubble Legacy Field, was created from 7,500 individual exposures captured in wavelengths spanning from ultraviolet to near-infrared light by 31 different programs.

It encompasses a region in the sky that includes those shown in older Hubble mosaics -- the Ultra Deep Field and the eXtreme Deep Field -- and contains 265,000 galaxies. That's 30 times as many galaxies as previous deep field images, enough to cover an area that's almost as wide as the moon.

While the eXtreme Deep Field is still our deepest look into the universe, the Legacy Field also gives us a glimpse of the early cosmos -- a time "when small, young galaxies collided and merged with other galaxies," NASA explained. It shows the state of galaxies as far back as 13.3 billion years ago, or just 500 million years after the Big Bang.

NASA says no image will surpass the Legacy Field's scope until future telescopes make their way to orbit. That could take years and years, though, seeing as Hubble's successor, the James Webb telescope, won't be launching until 2021.

Garth Illingworth, who led the team that assembled the image, said:

"This one image contains the full history of the growth of galaxies in the universe, from their time as 'infants' to when they grew into fully fledged 'adults...' We've put together this mosaic as a tool to be used by us and by other astronomers. The expectation is that this survey will lead to an even more coherent, in-depth and greater understanding of the universe's evolution in the coming years."

In this article: gear, hubble legacy field, hubble space telescope, nasa, space
All products recommended by Engadget are selected by our editorial team, independent of our parent company. Some of our stories include affiliate links. If you buy something through one of these links, we may earn an affiliate commission.