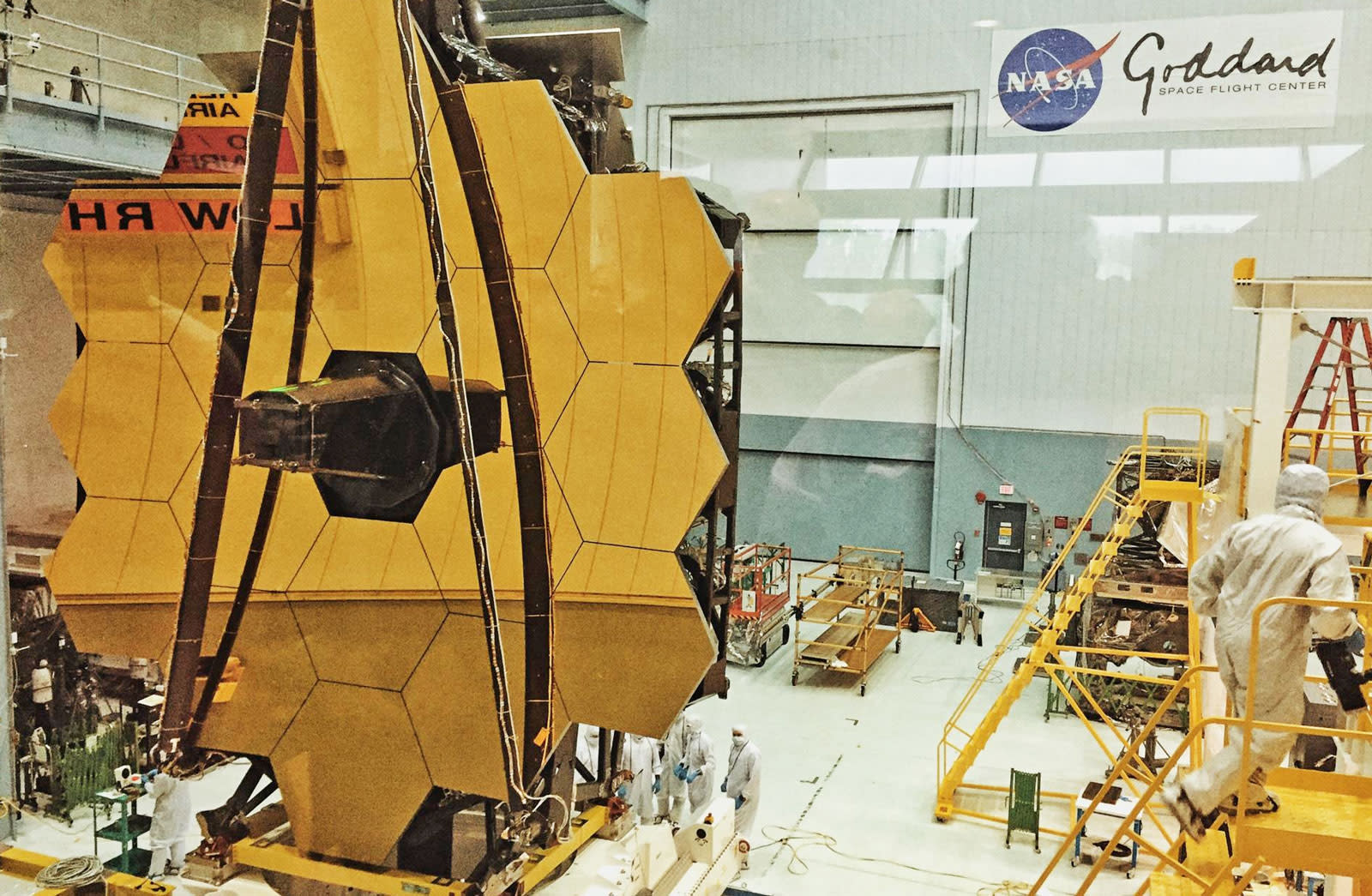 Today, NASA's independent review board announced that it has unanimously recommended that development on the James Webb Space Telescope should move forward. As a result, NASA has a new official launch date for the space observatory: March 30, 2021.

It's welcome news for the embattled successor to Hubble. The telescope's launch has been delayed numerous times due to ongoing technical issues. The US Government Accountability Office released a report back in March that outlined some of the problems with the telescope and predicted that JWST would miss its early 2019 launch window.

The problem was that the contractor, Northrop Grumman was working its teams in shifts around the clock to complete the telescope on time. There was no schedule flexibility, and too much work to get done on a very complex spacecraft. After all, if something goes wrong after the James Webb Space Telescope launches, we have no real options in terms of being able to fix it in orbit.

Not long after that, NASA announced a new target launch date of May 2020. This, the organization reasoned, would give Northrop Grumman time to test the components of the space observatory individually and together before assembly and launch.

The full independent review board report is 69 pages long, and it indicates that the reason for the additional delay beyond 2020 is because of a recent anomaly in acoustics tests for the spacecraft. Specifically, screws and washers came loose from the spacecraft; it appears they were from the sunshield. Northrop Grumman needs time to identify what is wrong and correct the anomaly.

It's not all good news, but the fact that the telescope project hasn't been cancelled altogether and a new launch date has been set is definitely encouraging. The problem is the scope, scale and intricacy of the James Webb Space Telescope; as the report points out, "a very small human error or test anomaly can impact the schedule by months and the cost by tens of millions of dollars." But in the end, the value of the telescope itself is more important than either cost or schedule, and NASA remains committed to making JWST a reality.

In this article: jameswebbspacetelescope, jwst, nasa, northropgrumman, space, tomorrow
All products recommended by Engadget are selected by our editorial team, independent of our parent company. Some of our stories include affiliate links. If you buy something through one of these links, we may earn an affiliate commission.