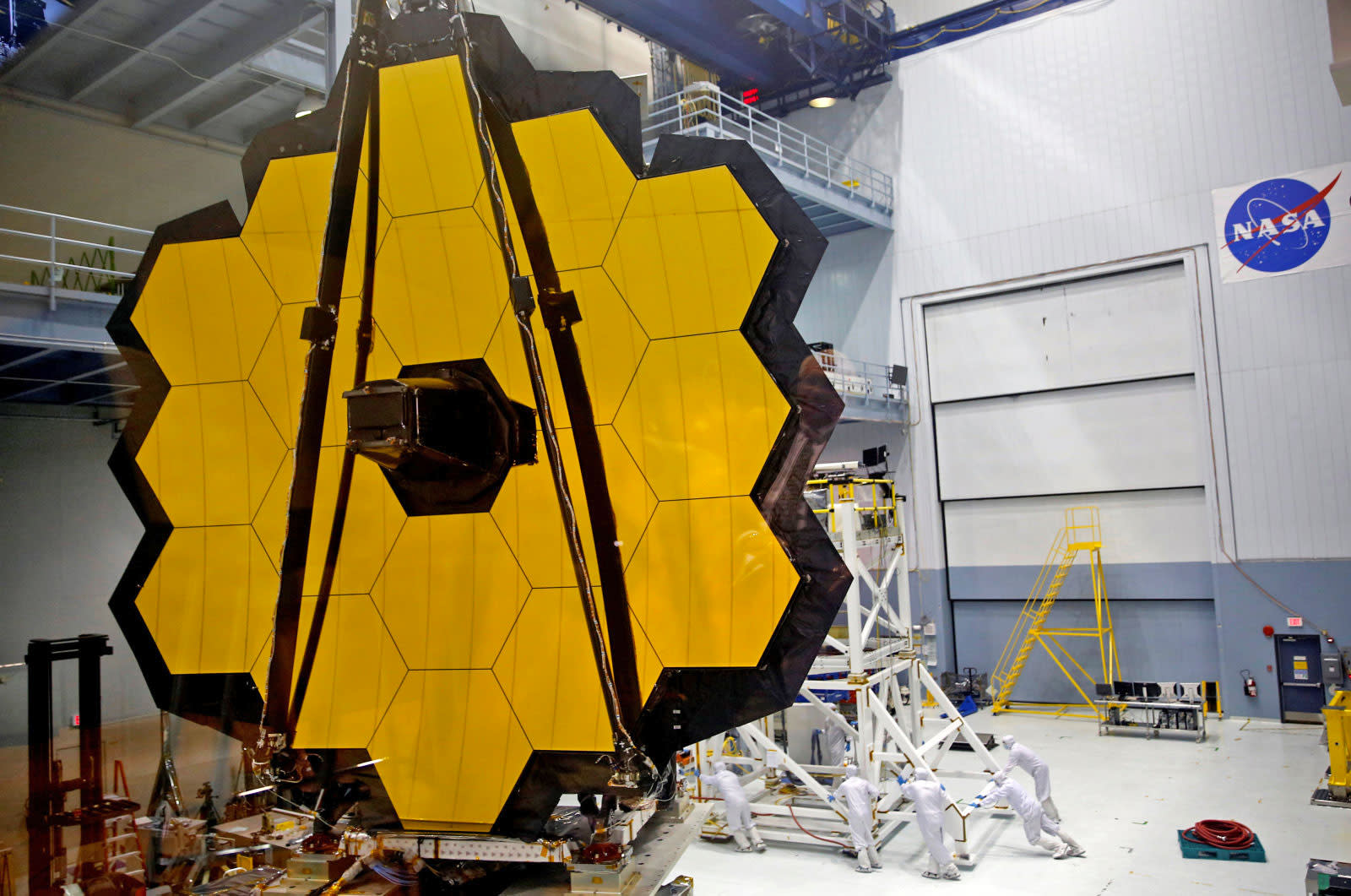 The James Webb Space Telescope, NASA's successor to Hubble, has undergone its share of delays. Now, things are getting even tighter. A report from the US Government Accountability Office finds that because of ongoing technical issues with the telescope, "additional launch delays are likely." What's more, the project is "at risk of breaching its $8 billion cost cap for formulation and development set by Congress in 2011."

It's safe to say this isn't good news. Nothing is certain yet, but in September, NASA pushed the launch date of the telescope back to between March and June of 2019. Now, it looks unclear whether that goal can be met. The 31-page long report details myriad technical issues that have put the project behind schedule. The contractor, Northrop Grumman, is trying to catch up but "the contractor has increased its daily work shifts from two to three and is now working 24 hours per day on spacecraft integration, which further limits schedule flexibility."

With the delays that have cropped up, if nothing else goes wrong, there will only be one and a half months left in the launch window by the time the telescope is ready. And because this is a very delicate, very technically complex device, there is certainly more that will go wrong. The GAO estimates that because of this narrow time frame, "we believe that the rescheduled launch window is likely unachievable."

In this article: jameswebbspacetelescope, jwst, nasa, NorthropGrumman, space, tomorrow
All products recommended by Engadget are selected by our editorial team, independent of our parent company. Some of our stories include affiliate links. If you buy something through one of these links, we may earn an affiliate commission.