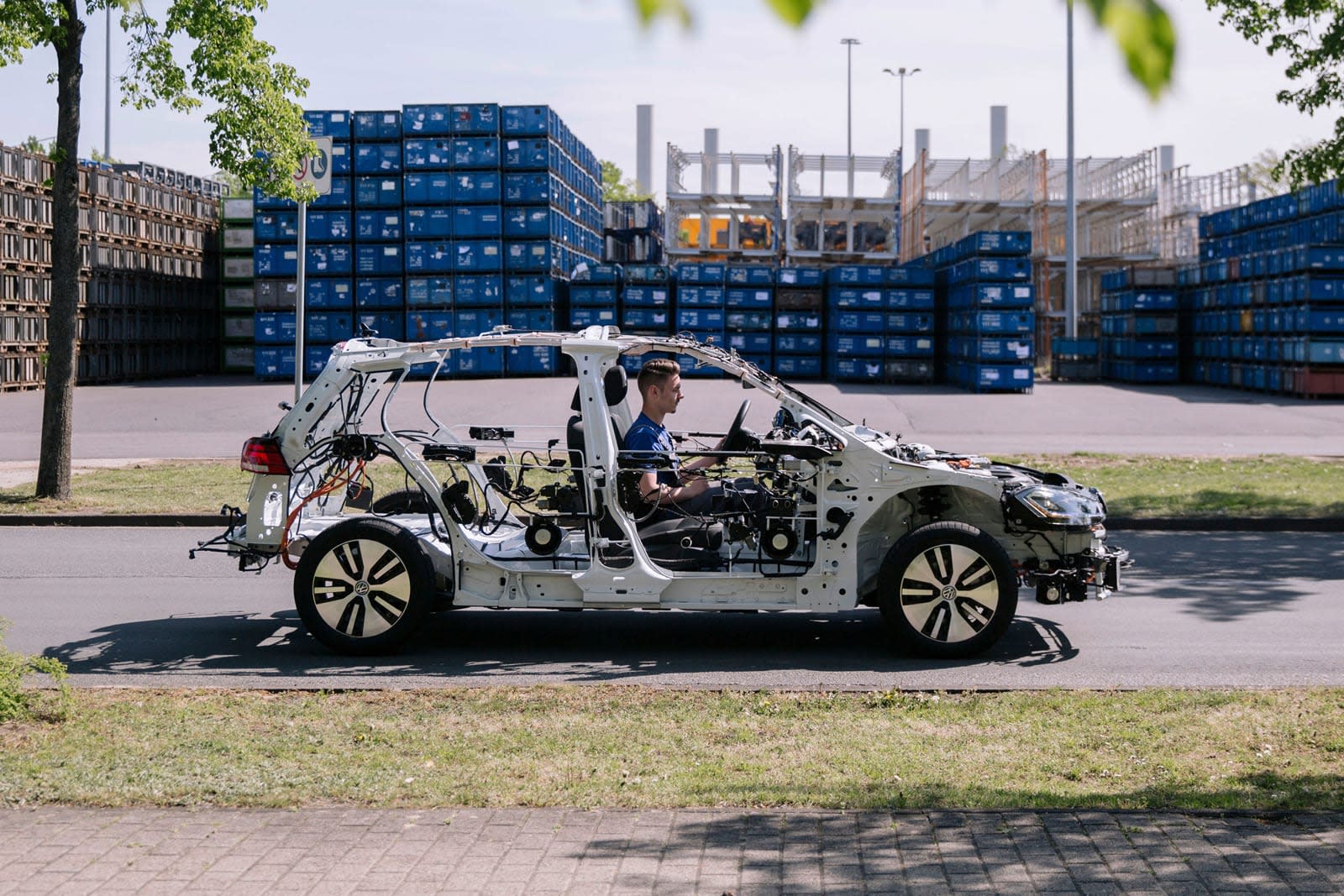 How do you illustrate the inner workings of electric cars without resorting to plain cutaway images and videos? If you're VW, you make a rolling skeleton on wheels. The company has unveiled an eGon model that strips the e-Golf down to its inner workings, but remains driveable -- you wouldn't take it on the highway, but you could get a feel for how everything comes together when it's moving. You'll also find QR codes across the car to provide more information about individual components.

The eGon will make its debut at Hanover's IdeenExpo, a youth-focused science and tech show, between June 15th and June 23rd. VW is hoping to not only inspire the younger crowd, but to attract potential recruits. It's not certain if the stripped-down machine will venture elsewhere. However, it wouldn't be surprising if VW and other automakers used concepts like this going forward. Designs like this aren't just a publicity grab -- they can demystify EV technology for a public just getting used to the concept of ditching combustion engines.

In this article: e-golf, education, egon, electric car, electric vehicle, ev, gear, green, transportation, volkswagen, vw
All products recommended by Engadget are selected by our editorial team, independent of our parent company. Some of our stories include affiliate links. If you buy something through one of these links, we may earn an affiliate commission.