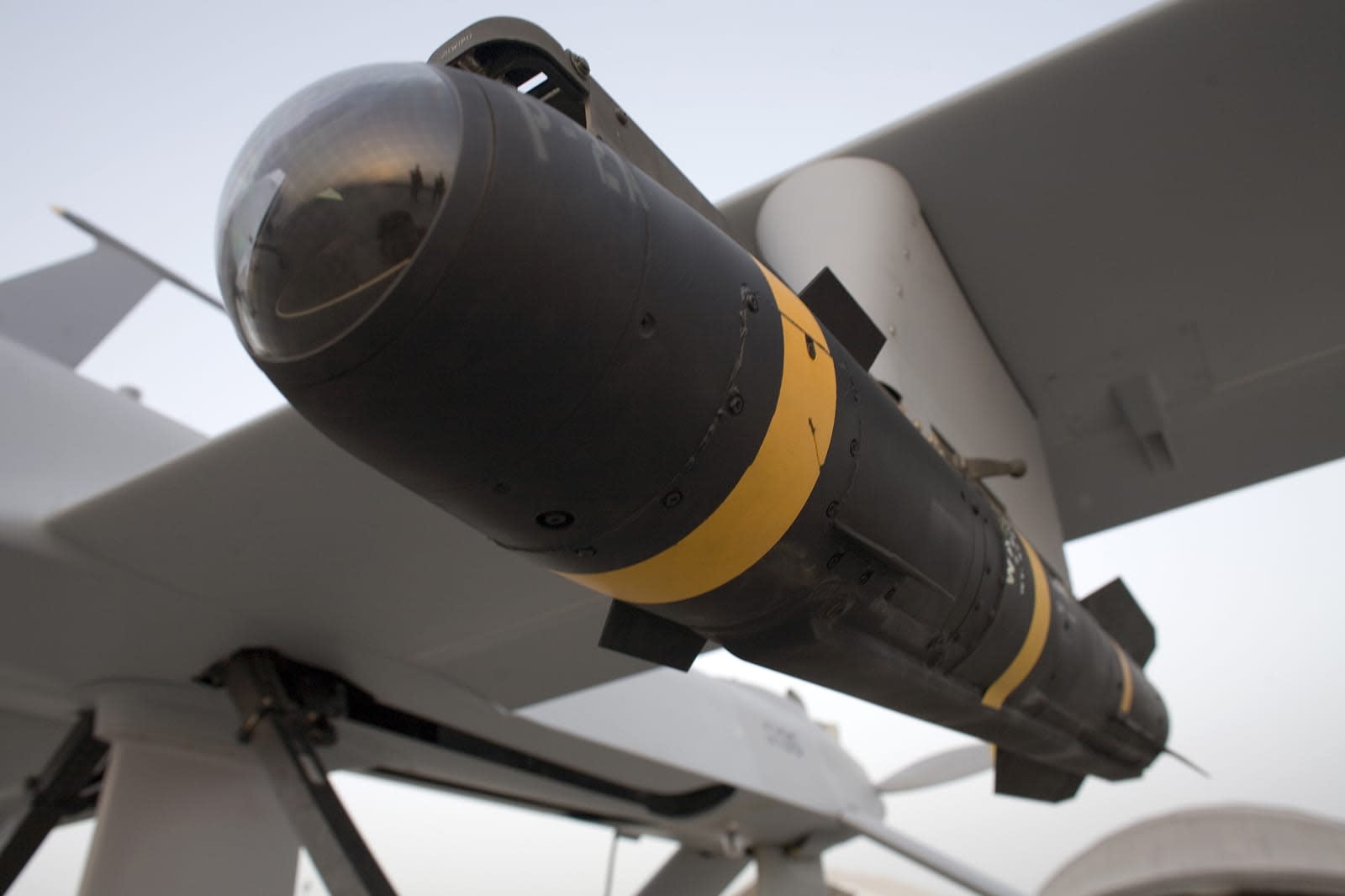 The US apparently has a unique approach to minimizing bystander casualties from drone strikes: replace the warhead with old-fashioned knives. The Wall Street Journal has learned that both the CIA and the Pentagon have been using a variant of the Hellfire air-to-ground missile, the R9X (aka "Ninja bomb"), that deploys six blades moments before impact to cut through virtually anything in its path, including buildings and cars. The idea is to take out a terrorist leader or a similarly prominent target without risking the lives of nearby civilians.

The Department of Defense has reportedly only used the knife-wielding missile "about a half-dozen times," according to the WSJ. The CIA reportedly used one to take out an al-Qaeda second-in-command, Ahmad Hasan Abu Khayr al-Masri, in February 2017. The Defense Department, meanwhile, was said to have used one in January 2019 to take down alleged USS Cole bombing mastermind Jamal al-Badawi. There's evidence to support the R9X's use -- evidence of the al-Masri strike shows a hole torn into the roof of his car, but no signs of an explosion.

The modified Hellfire's development was reportedly spurred by President Obama's announcement in 2013 that there needed to be "near-certainty" that civilians wouldn't be killed in operations outside of war zones.

Neither the CIA nor the Pentagon is commenting on the leak. However, it wouldn't be shocking to see a weapon like this in use. Although there's a degree of irony in creating a more 'humane' missile, there's no question that this could save lives in situations where the target is just one person or vehicle. There's also the cynical matter of influencing public perception. If the military can avoid civilian casualties, it gives the enemy less fodder and might reduce the stigma associated with lethal drone strikes.

In this article: cia, gadgetry, gadgets, gear, hellfire, knife, knives, military, missile, pentagon, r9x, wargadget, weapon
All products recommended by Engadget are selected by our editorial team, independent of our parent company. Some of our stories include affiliate links. If you buy something through one of these links, we may earn an affiliate commission.