You too can be a light saber-wielding space smuggler.

Star Wars and virtual reality always seemed like the perfect mix. Long before the Oculus Rift and HTC Vive were released a few years ago, I was eager to slip on a VR headset, hop in a rusty smuggler ship and wield a light saber of my own. While we've seen a few stabs at Star Wars VR experiences, they've either been too simplistic or hard to access. But just as I was about to give up hope, along comes a guy cloaked in black, carrying a red light saber. It turns out, Darth Vader was my Star Wars VR savior.

ILMxLAB's Vader Immortal, the new series which launched alongside the Oculus Quest, feels a lot like a Star Wars side-story novel. You start off as just another smuggler, complete with a sassy robot and an endearingly lived-in ship. But it's not too long before you're yanked out of hyperspace and dragged to Mustafar, the volcanic planet that Darth Vader calls home. It turns out there's something special about your bloodline (surprise, surprise), and you're enlisted to help the Sith Lord unlock an ancient artifact that could help him cheat death.

From the beginning, it's clear that Vader Immortal is a showpiece for the Oculus Quest. You start off in the cockpit of your ship, with the vastness of space ahead, and your droid (Z0-E3, played by Maya Rudolph) right beside you. Almost immediately, I re-enacted one of my favorite Star Wars moments: I flicked a series of switches to my left, pulled down on the level to my right and watched as the stars streaked into infinity as I jumped into hyperspace. Sure, it's a bit of fan service, but it's also a tactile example of VR's immersion. I flicked those switches, I pulled that lever, I launched that ship.

After teleporting around the ship with the Oculus Quest's controllers -- the typical way you move around VR environments -- the Empire came calling. I watched from the cockpit as the terrifying shape of a Star Destroyer appeared above me, just like the opening shot of A New Hope. Below, I could see a planet covered in red, almost as if it were on fire. Hello, Mustafar.

After my ship was pulled down to the planet -- via tractor beam, of course -- I watched with dread as Vader's fortress appeared before me. On the landing dock, I quickly cleared my transport records right before stormtroopers blew their way into the ship. After being knocked out, I found myself strapped down in a torture chamber with an IT-O Interrogator droid floating nearby. And then, things got worse. Vader (played by Scott Lawrence, doing his best James Earl Jones imitation) strode in and loomed at least a foot above me. It's the sort of scale that's tough to pull off when you're not wearing a VR headset. On a TV, you won't get the same prickly feeling of doom. 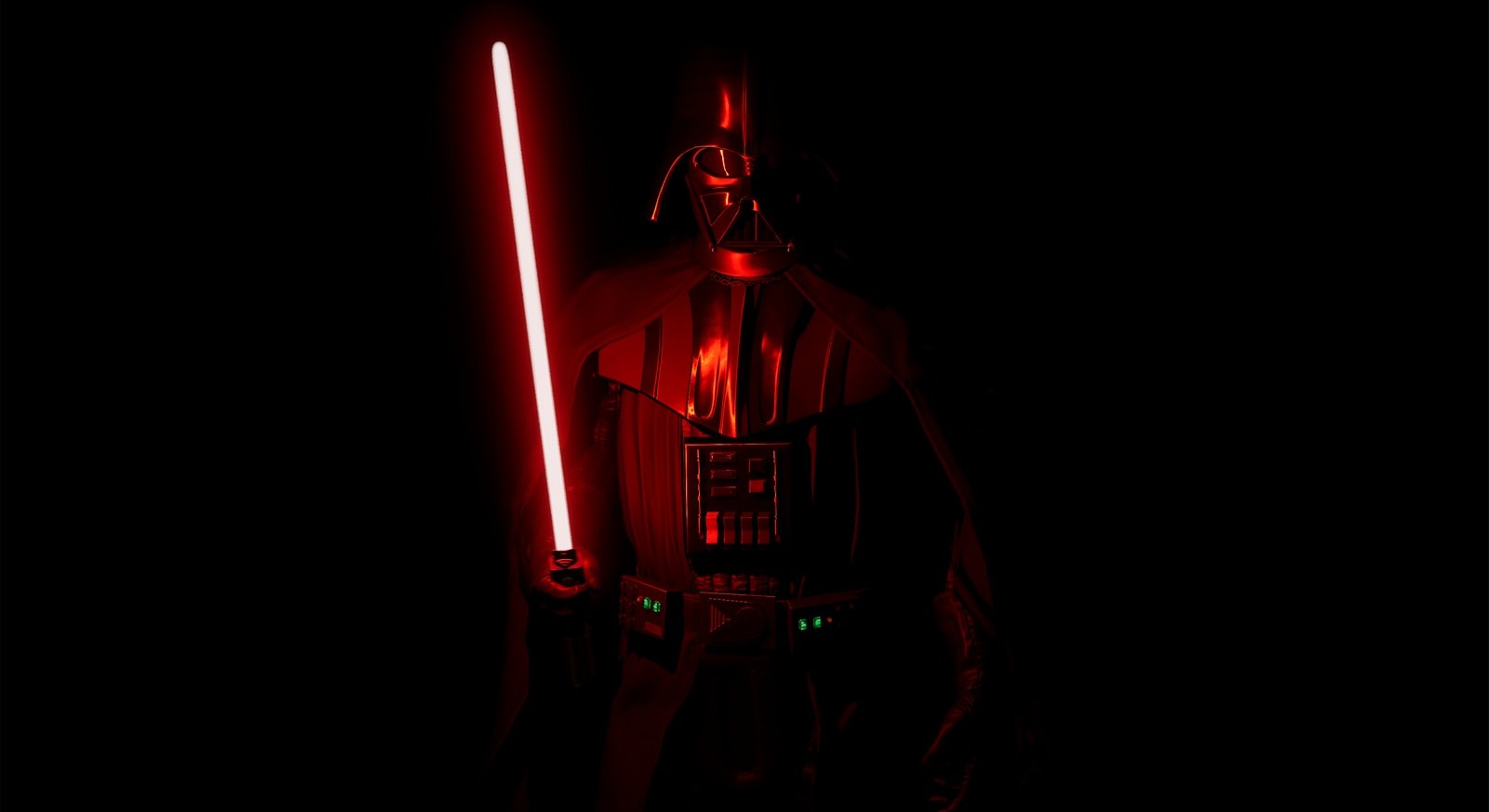 Naturally, you don't stay imprisoned forever. The rest of Vader Immortal is basically an extended escape sequence, which involves lots of VR puzzle solving to hack through the Empire's security systems. Mostly, they involve yanking open panels, moving dials and moving electronics around. I'm glad the developers at ILMxLAB trusted players with the puzzles: They're not tough, but figuring out exactly what you need to do takes a bit of poking and prodding. That element of discovery sold the idea that I was a criminal on the run.

It's not spoiling much to say that you get a light saber (there's even a training option right on the main menu). After playing plenty of Beat Saber, I knew that the Oculus Quest could easily replicate the movement of Star Wars iconic laser swords. But I still had a ton of fun swinging away at enemies and deflecting blasters. The game gets the little things right: I got a kick out of hitting the trigger button to hear the satisfying crackle of the light saber opening up. And the iconic hum of saber swings felt like ASMR for Star Wars nerds.

Combat is pretty simplistic, but satisfying. You defend by holding your light saber in the opposite direction of oncoming attacks. And when you get an opening, you just have to swing wide to hit back. Given how well the Quest can track my hand movements, there's certainly room for the game to add more complex attacks down the line. The action ramps up quickly: Eventually, I was deflecting lasers from a dozen stormtroopers at once. And when it came to hand-to-hand fighting, I found myself taking on two saber-wielding robots at the same time.

During the hour I spent playing the first episode of Vader Immortal, I felt like I was living through a solid Star Wars TV series. I won't say much else about the game's narrative, but I think true fans of the series' lore will be tickled by some of its deep cuts. You could tell that the developers care profoundly about every aspect of the experience. The loading dock at Vader's fortress feels like it's ripped right out of the films. The scale of some of the environments feels staggering. And most importantly, it's actually well written by David Goyer. The ILMxLAB team also worked closely with LucasFilm's Story Group, making the game an official part of the Star Wars canon.

At $10, the first episode of Vader Immortal is a must buy for every Oculus Quest owner. And for any true Star Wars fan, it's reason enough to pick up that $399 VR headset.

All products recommended by Engadget are selected by our editorial team, independent of our parent company. Some of our stories include affiliate links. If you buy something through one of these links, we may earn an affiliate commission. All prices are correct at the time of publishing.
View All Comments
'Vader Immortal' is the Star Wars VR game I've been waiting for