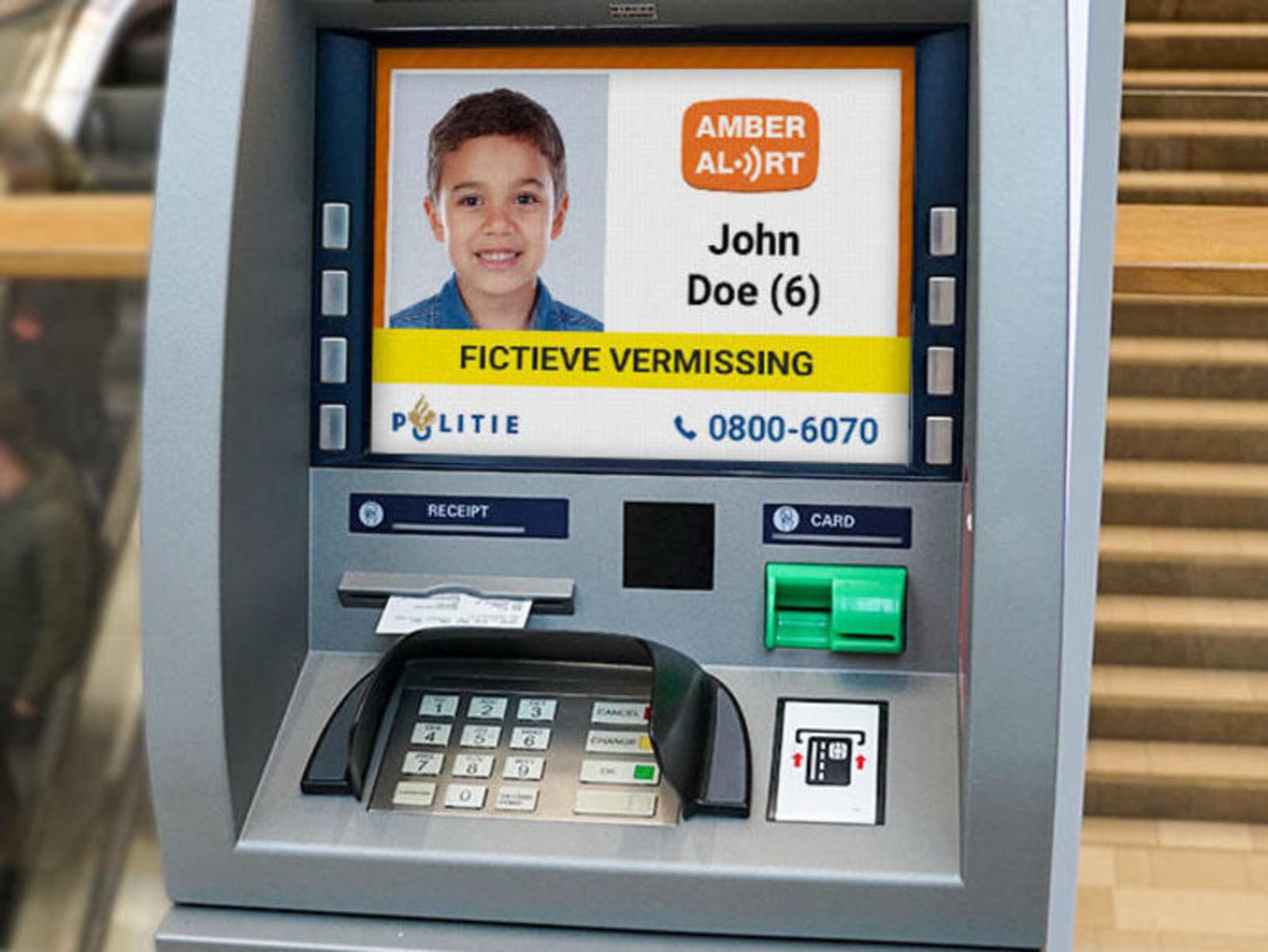 The Netherlands will be the first country in the world to display Amber alerts on ATMs when a child is reported missing. The initiative, which went into effect last week, will display the photos of missing children as the screensaver on more than 300 ATMs across the country. To start, the alerts will be displayed on machines located in airports and shopping centers, but the country's authorities plan to expand the service to other ATMs over time.

The ATMs will display information on two types of urgent messages: Amber alerts, when a child has been reported missing and is in immediate danger, and Vermist Kind alerts, which are issued when authorities are worried about the wellbeing of a missing child. In both cases, the machines will display photos of the missing kids along with relevant information about the child that may help to discover their whereabouts. When there isn't an alert to display, the ATMs will run a secondary campaign that urges Dutch citizens to sign up to receive Amber alerts on their phones.

Amber alerts have been around since the 1990s and have been expanding as technology has evolved. In 2016, the US Federal Communications Commission approved an expansion of the Wireless Emergency Alerts system that allows urgent messages including Amber alerts to be delivered directly to cell phones. Even tech companies have taken to integrate the warnings into their services, with Waze and Google both adding Amber alerts to their platforms.

In this article: amber alert, amber alerts, atm, gear, netherlands, security, the netherlands
All products recommended by Engadget are selected by our editorial team, independent of our parent company. Some of our stories include affiliate links. If you buy something through one of these links, we may earn an affiliate commission.