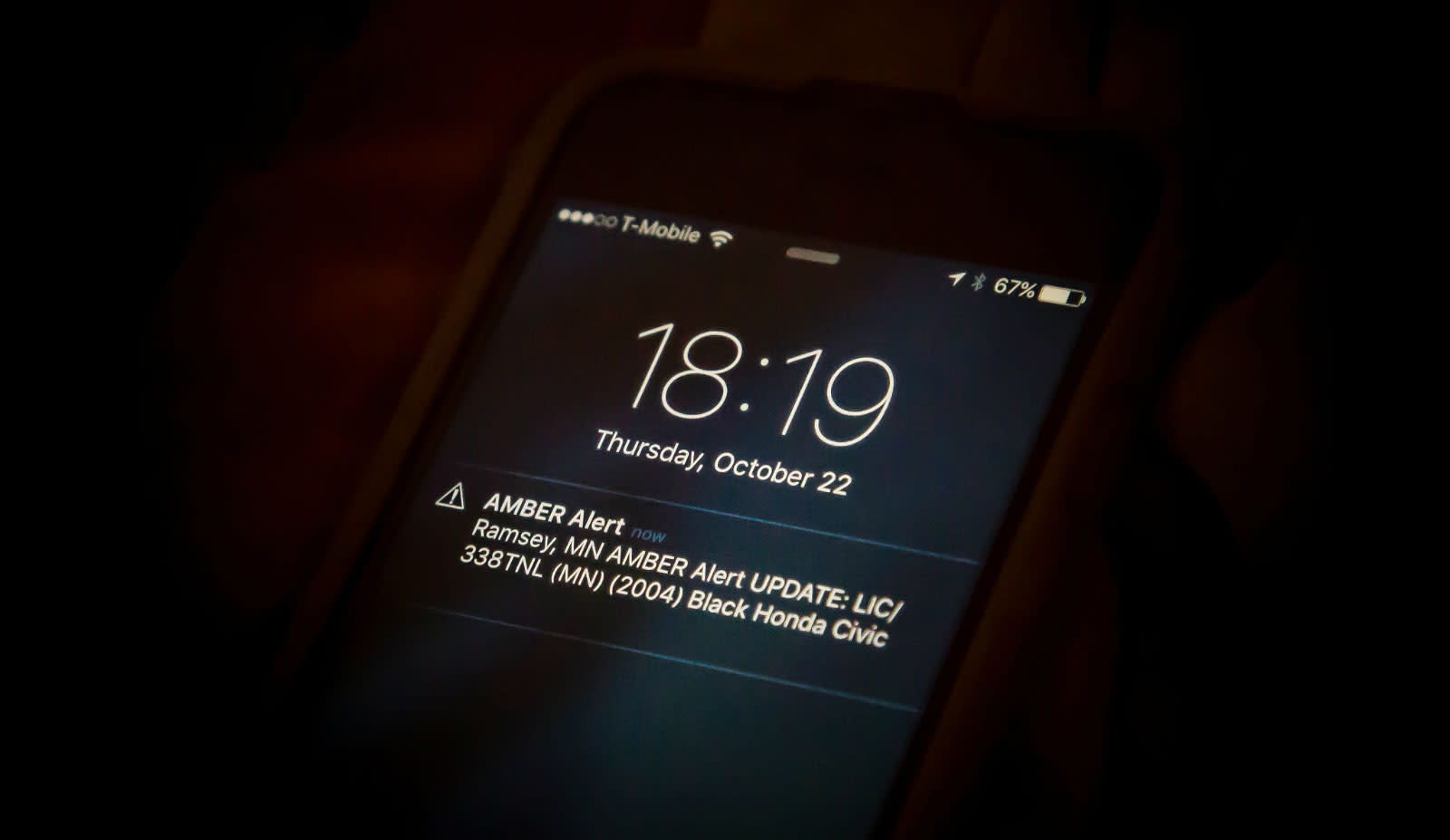 The FCC has voted to strengthen the Wireless Emergency Alerts system, which sends warnings about missing children, natural disasters and other dangerous events directly to citizens' cell phones. The new rules allow government officials to write up to 360 characters, rather than 90, for 4G LTE and future networks, and it requires participating carriers to support the use of embedded phone numbers and links in all alerts. For example, in an AMBER Alert, the message may now include a link to a photo of the missing child.

The updated rules also expand the range of Wireless Emergency Alerts to "more granular geographic areas," and require carriers to support Spanish-language messages. Additionally, the FCC has created a new type of alert, Public Safety Messages, which will outline essential and recommended actions that people in affected areas can take to save their lives or property. These include orders to boil water or the locations of emergency shelters. Finally, it will now be easier for state and local officials to test the WEA system and train personnel.

The WEA system went live in 2012. It became the center of attention earlier in September when New York City residents received a message about a suspected bomber that read, "WANTED: Ahmad Khan Rahami, 28-yr-old male. See media for pic. Call 9-1-1 if seen." This was the first time that the WEA system was used as a wanted poster, as The New York Times characterized it.

In this article: AmberAlert, culture, emergency, FCC, mobile, services, WirelessEmergencyAlert, WirelessEmergencyAlerts
All products recommended by Engadget are selected by our editorial team, independent of our parent company. Some of our stories include affiliate links. If you buy something through one of these links, we may earn an affiliate commission.