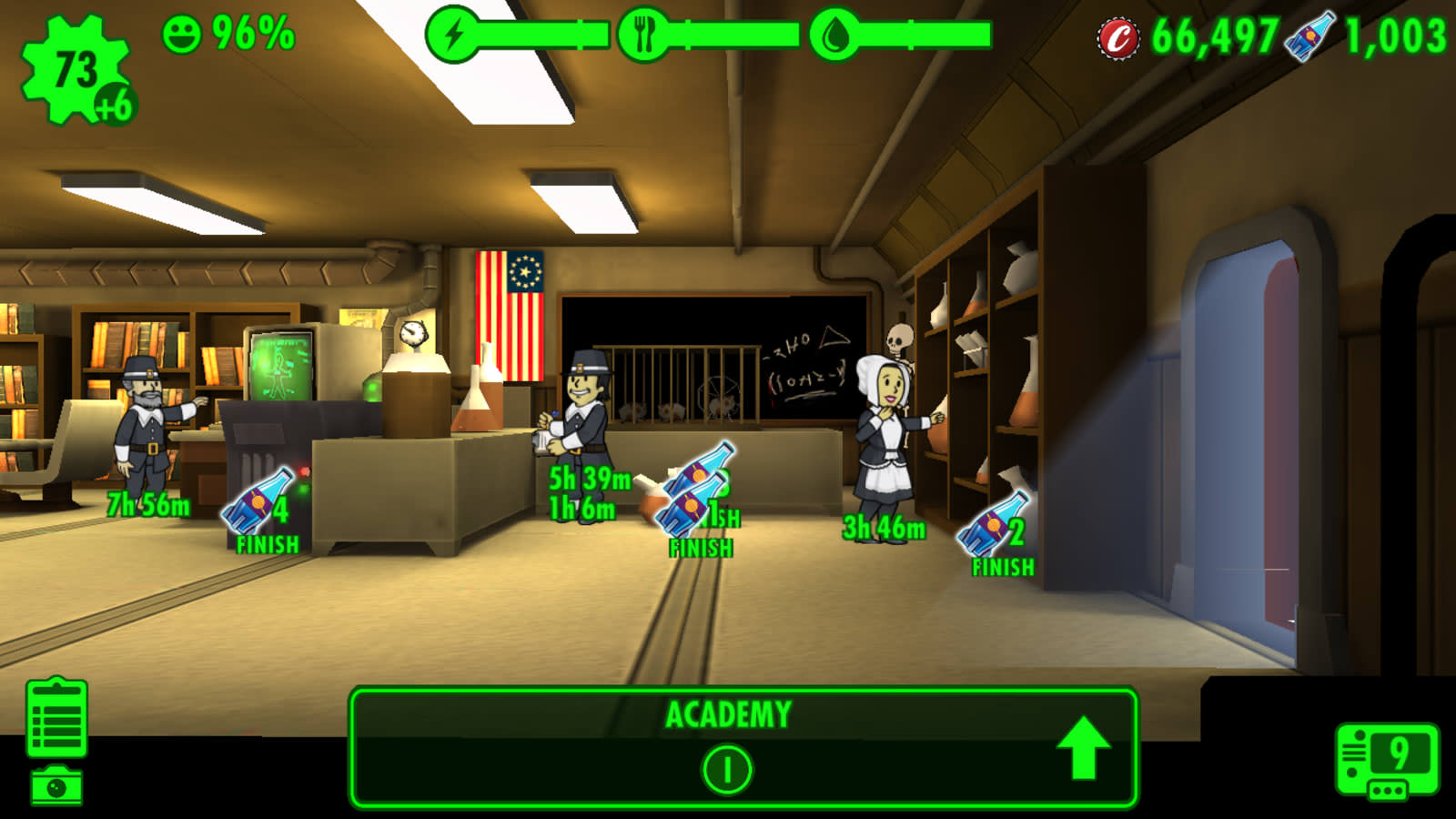 A sequel to Bethesda's wildly popular game Fallout Shelter is coming later this month, though odds are you won't be able to play it. Fallout Shelter Online, which expands on the world of the original title by adding new multiplayer capabilities, will only be available in China -- at least for the time being, according to PC Gamer. Engadget has reached out to Bethesda for additional details and will update this post if we hear back.

Fallout Shelter Online has been in the works for the better part of the last year, with promotional images and content cropping up online. With the game's release now imminent -- it's available to pre-order through Weibo's game distribution service -- new details have started to come out. According to a preview from MMOCulture, The game will feature an expansive map to explore and adds multiplayer elements including player versus player battles and the ability to join guilds.

While the more than 120 million people who have downloaded and played the original Fallout Shelter would likely love to have a chance to form alliances and battle with human opponents, Fallout Shelter Online will only be available in China. Bethesda's Senior Vice President of Marketing Pete Hines has said since last year the game will only be for the Chinese market, but new information about the title has piqued gamer's interest elsewhere. Unfortunately, it looks like they won't be able to play it.

It is worth noting that much of the promotional material for Fallout Shelter Online, including a recent trailer for the game, was produced in English with Chinese subtitles. That seems like an odd move if the game will be available exclusively in China. Perhaps Bethesda hasn't completely ruled out a North American release of the game at a later date.

In this article: av, bethesda, bethesda softworks, fallout shelter, fallout shelter online, gaming
All products recommended by Engadget are selected by our editorial team, independent of our parent company. Some of our stories include affiliate links. If you buy something through one of these links, we may earn an affiliate commission.