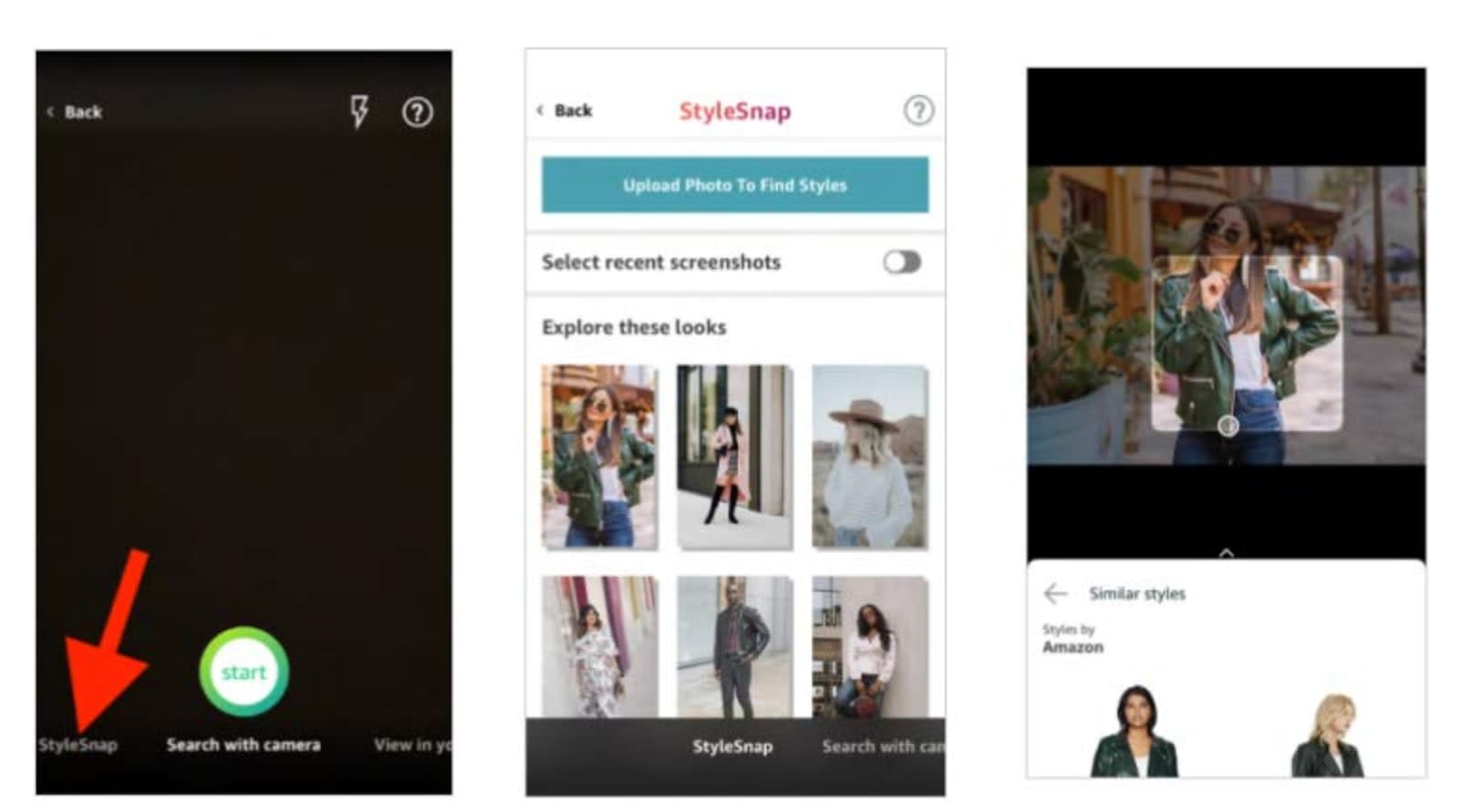 Amazon is releasing a feature that will make it easier to replicate a look you've seen on Instagram or a style in a magazine spread. At the company's re: MARS (machine learning, automation, robotics, and space) 2019 conference, Amazon announced an upcoming tool called StyleSnap for the Alexa app. StyleSnap will use AI to make fashion recommendations from Amazon based on user-submitted photos. There's no word on when the feature will be released.

To use StyleSnap, users click on the camera icon in the corner of the Alexa app and take a photo of the fashion look they hope to replicate. Amazon will then respond with a list of recommendations of similar items. By relying on deep-learning technology, StyleSnap can distinguish between different styles of clothing such as fit and flare dresses or flannel shirts, going beyond just parsing out color or pattern. In other words, a picture of a leopard skin midi skirt will return similar midi skirts, not just other pieces of leopard skin clothing. The feature will also consider factors such as brand, price range, and customer reviews.

Amazon has struggled to get women to shop for clothes on its platform; roughly 80 percent of its "private label" women's clothing lines sell less than 100 units per month, according to Amazon data platform JungleScout. Women tend to be highly visual shoppers, and younger women in particular are more likely to be influenced by social media. The site has tried to cater to such shoppers with tools like Snapchat's Visual Search and Showroom, which is geared towards home furnishings. It has also tried to reach trendier, more particular consumers. Amazon's The Fix features monthly releases of handbags and shoes inspired by current design trends, and Prime Wardrobe lets customers try on clothes before purchasing them. The company also teamed up with popular Instagram influencers to launch The Drop, a streetwear label.

In this article: amazon, amazon prime, internet, services, stylesnap, tomorrow
All products recommended by Engadget are selected by our editorial team, independent of our parent company. Some of our stories include affiliate links. If you buy something through one of these links, we may earn an affiliate commission.