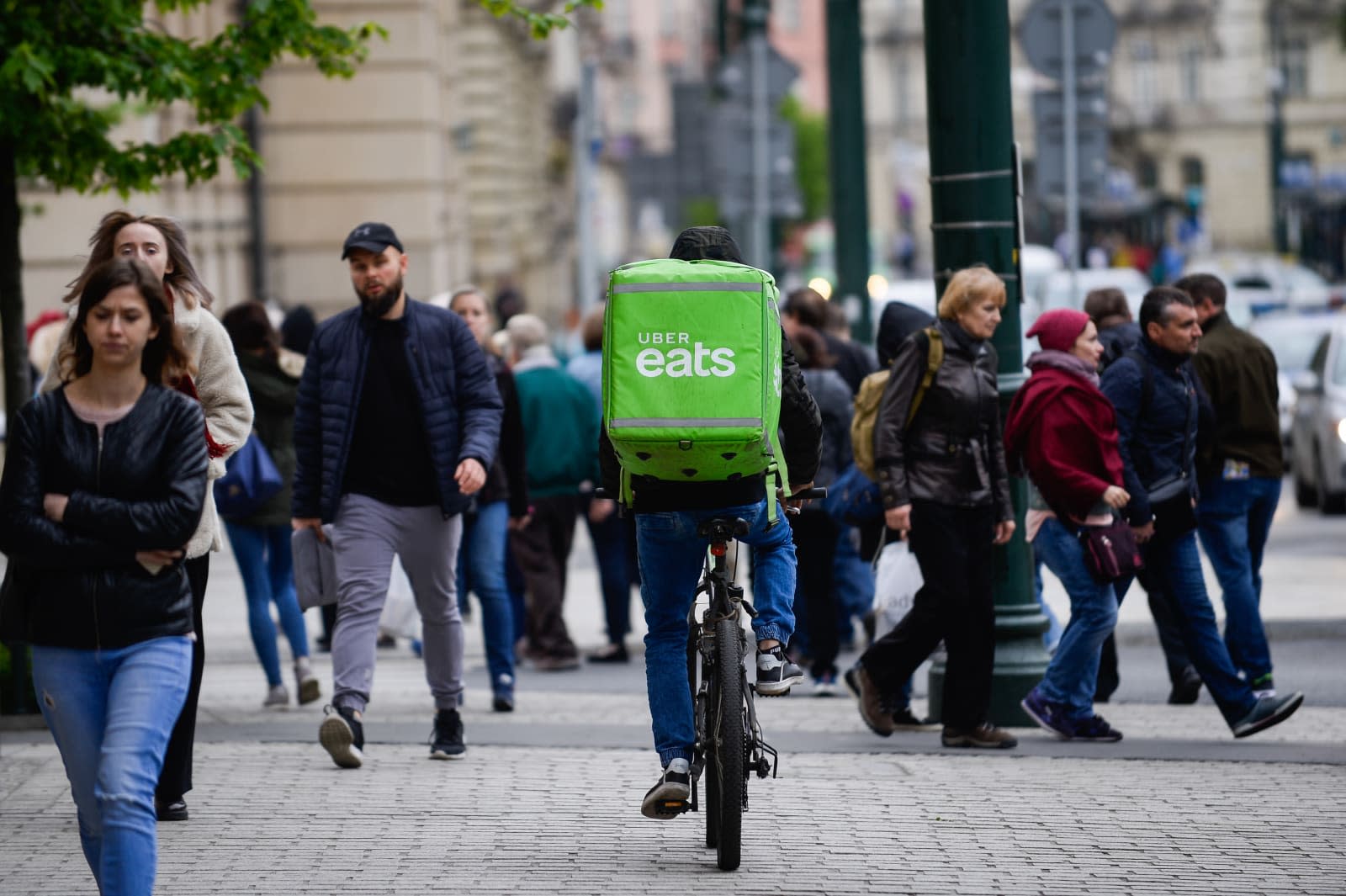 Uber has started rolling out an experimental version of its app that was made to persuade its main service's customers to try its food delivery business. The company has confirmed to TechCrunch that it has embedded a webview version of Eats into the main Uber app for some markets. Uber seems to have added a rather conspicuous Eats button at the top right corner of its map for test markets. Clicking on that button summons Eats from within the application, allowing riders to order food without having to fire up the standalone Uber Eats app.

"We're rolling out a new way to order Eats directly in the Uber app on Android (we've already been experimenting on iOS)," the spokesperson told TechCrunch. "This cross-promotion gives riders who are new to Eats a seamless way to order a meal via a webview instead of opening up the App Store for download." According to TC, Uber started trialing the feature in April. It's already out for all iOS users in cities where Uber doesn't offer bike and scooter rides, and it's now also available to 17 percent of its Android users in those markets.

The company is likely hoping that the experiment can increase usage across both services. By making Eats more accessible to Uber riders, it could convert even those who choose to shun the standalone Eats app. And by embedding a webview of Eats, those who typically don't take Uber might choose to download the main app instead of the standalone one in case they need a ride in the future.

In this article: app, gear, mobile, uber, ubereats
All products recommended by Engadget are selected by our editorial team, independent of our parent company. Some of our stories include affiliate links. If you buy something through one of these links, we may earn an affiliate commission.