When the 'smart home' is actually a hospital room

You've surely gotten used to seeing Alexa in basically every piece of consumer technology out there -- Amazon is even putting it in microwaves. But Philadelphia-based startup EIR Healthcare has a new integration that managed to catch my eye: the company is selling hospital rooms with Alexa built right in. It's part of EIR's MedModular hospital room that was unveiled last October, something the company hopes will make hospital rooms "smarter" in a variety of ways beyond just Alexa.

EIR describes MedModular as a "hospital room in a box," and it's not that far off. The outside of the company's demo room, set up in an office park outside of Philadelphia, looks like a mobile office you might see at a construction site. (Despite that, EIR's rooms are only meant for permanent installation inside of a structure.) But on the inside, the MedModular is a fully functional, modern hospital room complete with a bed, sinks for doctors, a full bathroom, a daybed for visitors, large screens for both entertainment and relaying medical info, and more. EIR says these rooms are 90 percent complete upon delivery -- aside from hooking up power and water and doing some final construction work, the rooms don't take much work to be ready to use. 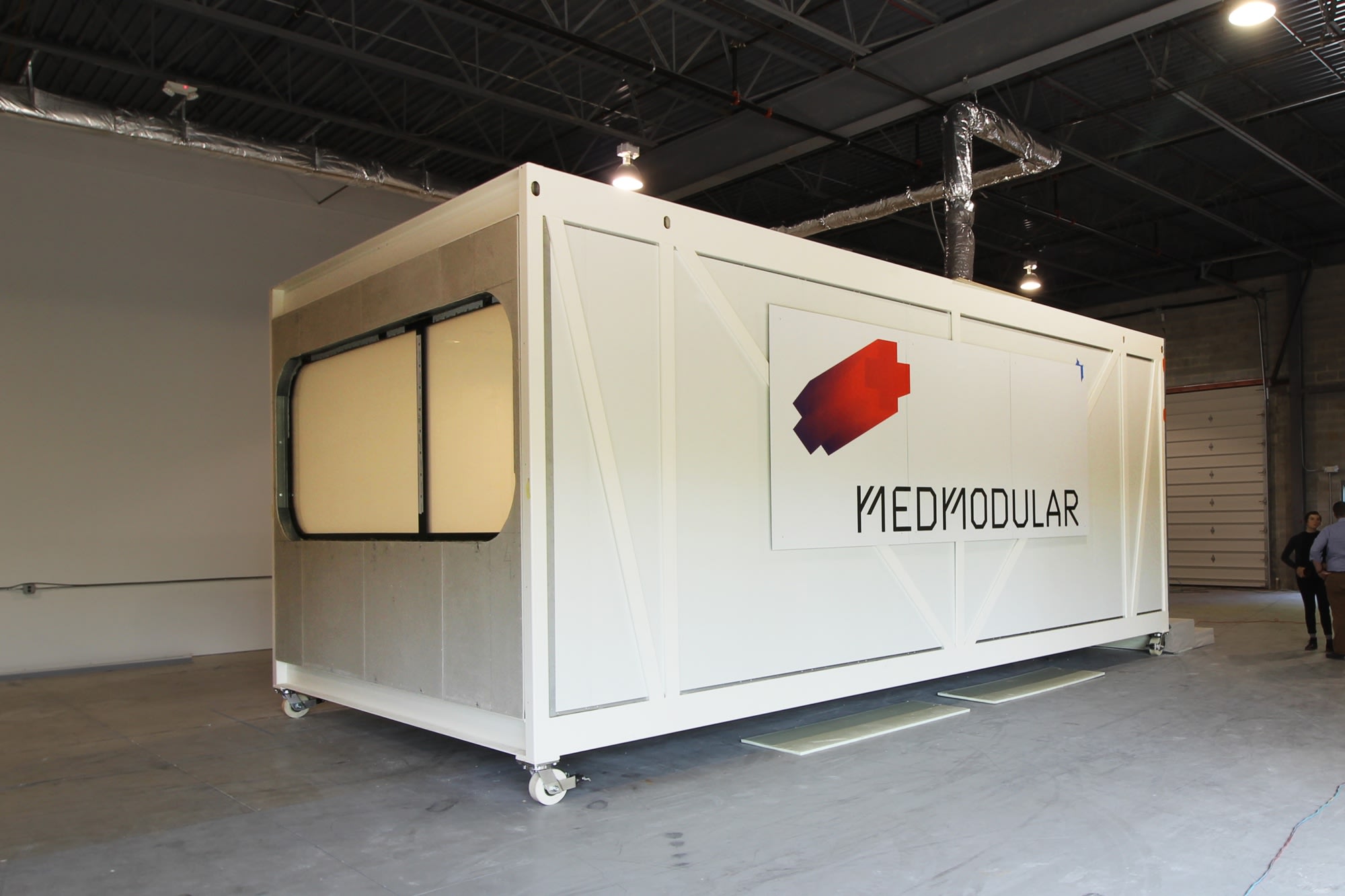 In addition to the novelty of its modular construction, EIR has also done some thinking about how to optimize the room's interior to improve on traditional hospital layouts. Since the company was working with a blank slate, it designed the rooms to help reduce infection through things like touchless lights, doors and faucets -- something that makes it easier for doctors (and visitors) to keep their hands clean. Beyond that, EIR is using non-porous, stain-resistant and seamless Corian surfaces for ease of cleaning and maintenance, another thing that helps limit infection, and is placing grab bars all around the room to reduce falls. 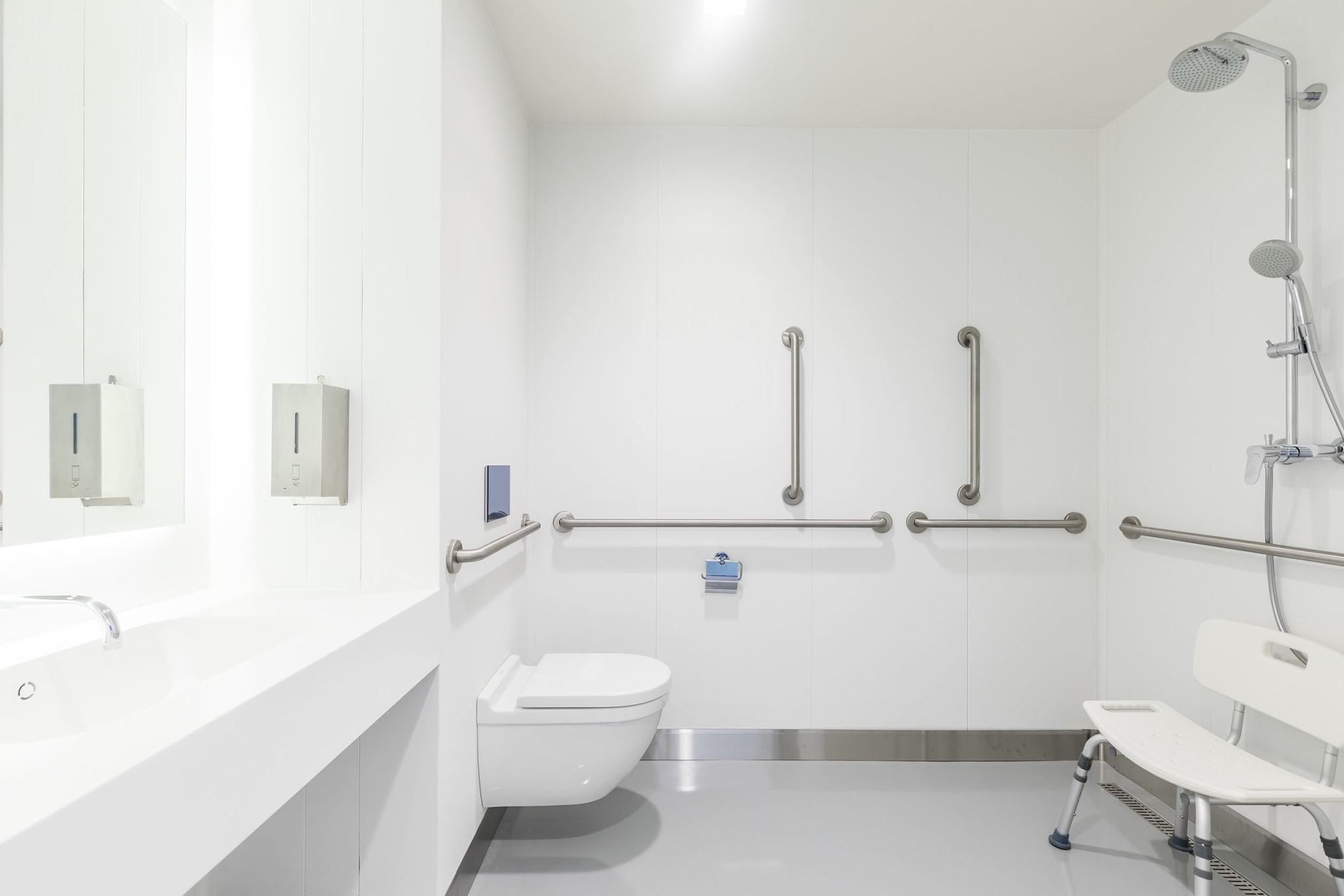 You might be asking what this all has to do with Alexa. In EIR's vision, Alexa is another way to streamline the various activities one might need to do in these hospital rooms. In a press release, the company cites things like activating lights throughout the room or bathroom as well as setting "modes" for things like an exam or for reading. Presumably, these involve a combination of things like lighting, window adjustments and information on the room's built-in displays. Other controls include adjusting the temperature in the room or calling a nurse -- the goal is to let patients use their voice when possible rather than having them need to manipulate a physical control.

Right now, Alexa feels a bit like a way to get some attention from the tech press, but it's also the kind of thing that makes sense to include in these rooms as part of the design and build process. EIR says that Alexa is being integrated in concert with the rest of the IoT tech in its rooms, rather than being just a bolt-on; it should be more deeply integrated and more flexible than what you might get if you just slapped an Echo Dot in a hospital room. It's also cheaper to include it in the manufacturing process rather than adding it after the fact. Finally, EIR's CEO Grant Geiger told Engadget that the things Alexa could do in this context outstrip what they're allowing for starters, so they can stay in compliance with HIPAA. But it's an intriguing tease that more could come down the line than these initial ideas.

Even without Alexa, EIR is trying to evolve how a hospital room should function. Beyond the physical design of the rooms and Alexa integration, the company has a few other tech-focused ideas its working on. As noted in the Philly Voice, EIR is looking at equipping doctors with RFID badges that they can tap when entering a patient's room -- that would then bring up details about the doctor on-screen so the patient knows who they're talking to and what they're specializing in, for example. 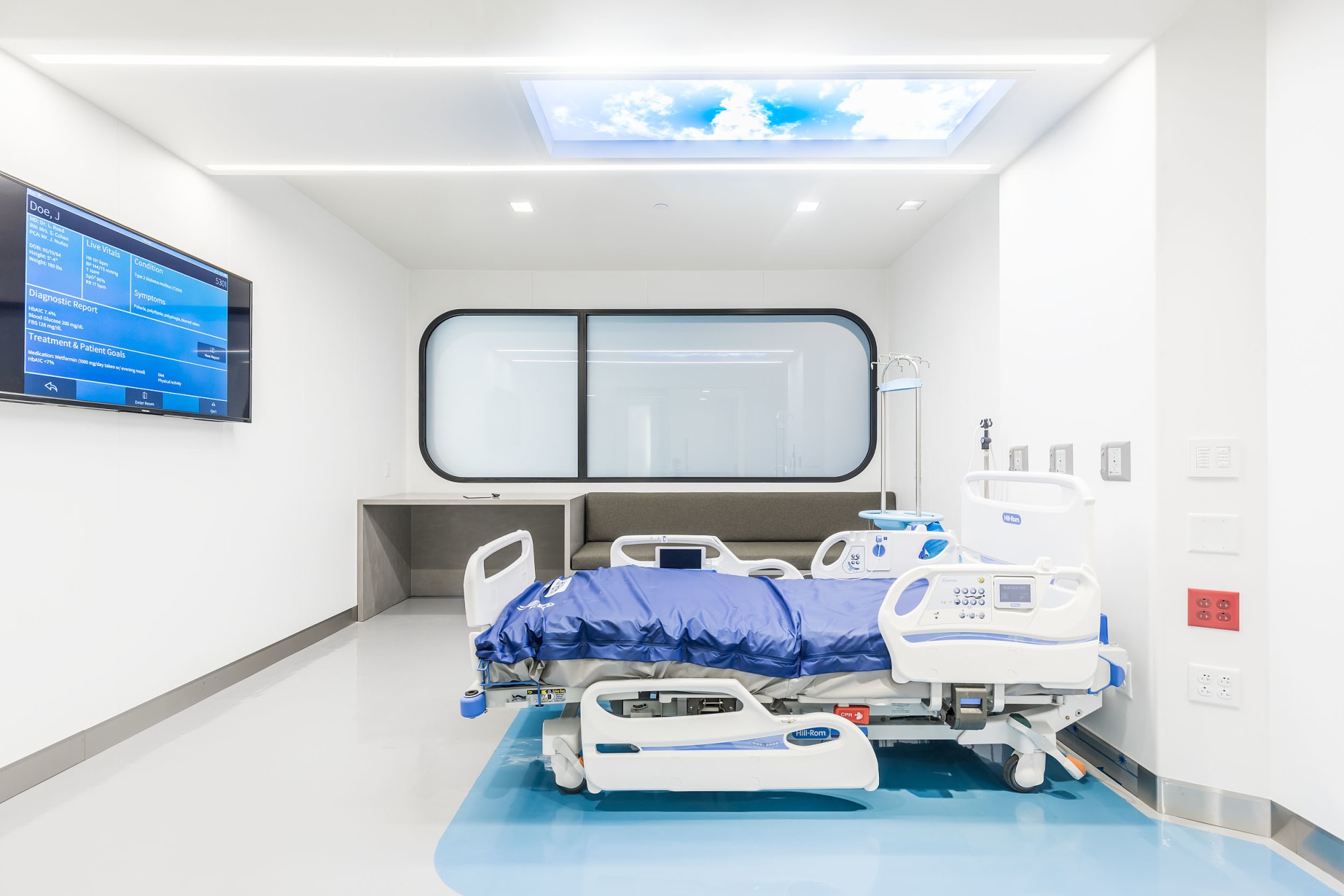 To go along with that, the company is working on building a "patient engagement portal" to go up on the TVs in the room. It'll be a way for doctors to pull up info and show it to the patient and their family; it'll also let you do things like order meals, video chat with those who can't visit and other such modern luxuries. It's easy to imagine how Alexa could play into this software once it's up and running.

For now, EIR's rooms are only meant for permanent installation. The company says its process works best when it is involved in a building's design from the early phases so it can tailor its rooms as needed. Those rooms are then built, shipped and integrated into the construction process, a process that the company says can be done 40 percent faster than conventional building methods. But EIR hopes that it'll be able to bring temporary versions of the MedModular room to places that need them like disaster areas.

In the meantime, though, we'll be waiting for EIR to get some of its Alexa-powered rooms deployed so we can see first-hand how a voice assistant can make for a better hospital experience. The concept only went public last year, and health care has a notoriously slow sales cycle, so it might be a bit before we get to see these rooms in action.