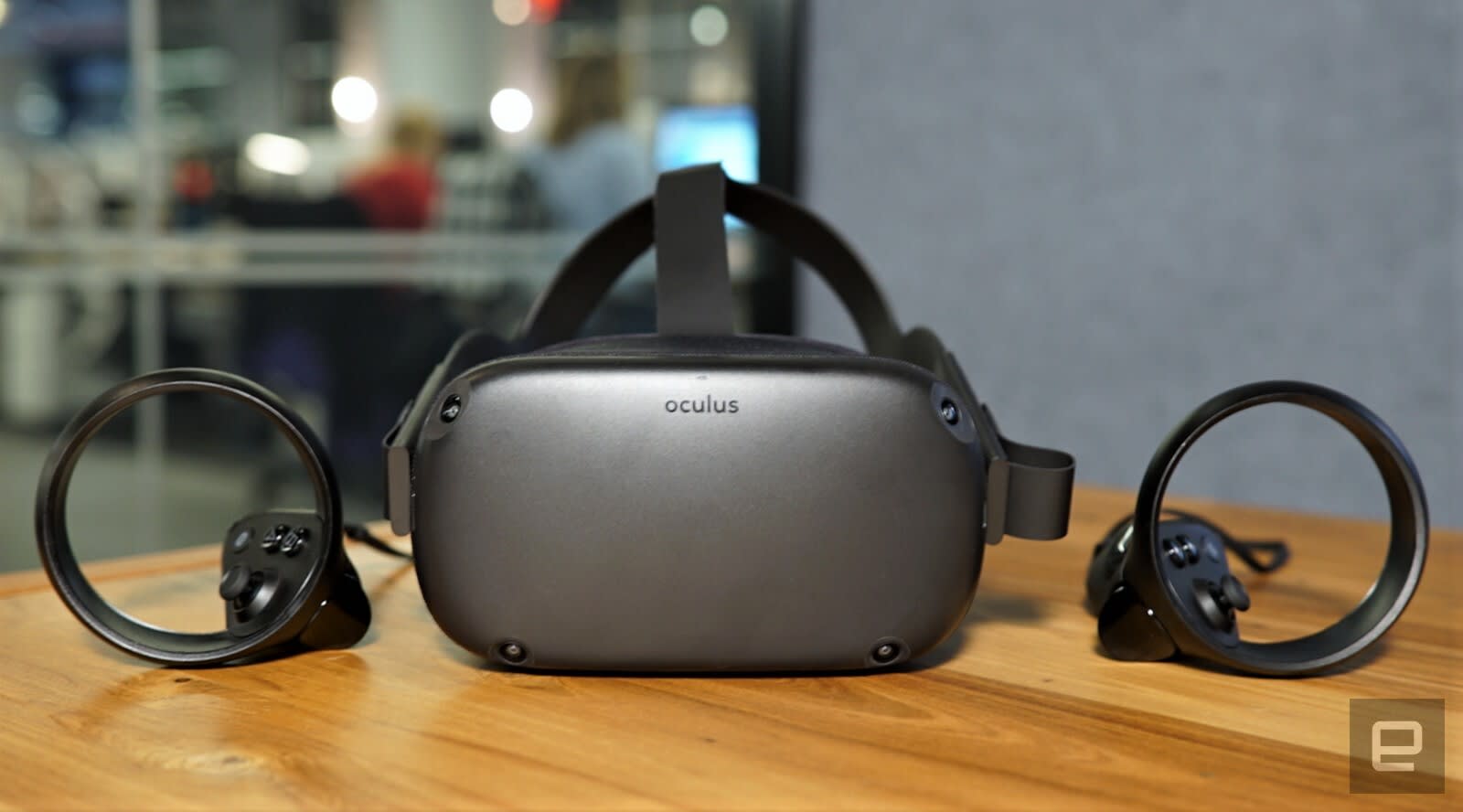 The developer of an Oculus Quest app called Virtual Desktop introduced an experimental feature that allowed users to stream SteamVR games to their Oculus headset. He's now being forced by Oculus to remove the feature. Guy Godin took to Reddit yesterday to inform the Oculus Quest community that he will be dropping the ability to stream SteamVR games at Oculus' behest.

"I'm sorry to announce this but Oculus doesn't want the SteamVR streaming feature in their store," he wrote on Reddit. Godin said that he's been developing virtual reality tech for more than five years now and saw an opportunity with his app to give people more access to the games on their PC. According to Godin, he worked on the feature for several months before introducing it days ago. He said that Oculus believed his app was "hurting Quest" and asked for its removal.

When asked about the situation, a spokesperson for Oculus told Engadget, "While we don't comment on the status of specific apps, our Oculus Store application submission system is designed to help ensure that our devices deliver a consistent, comfortable experience to customers. Apps are evaluated on a number of factors including performance, input, and safety with the goal of creating a quality, high-value experience for all VR consumers."

The ability to stream SteamVR content may no longer be in the Virtual Desktop app, but it won't be going away entirely. Godin said on Reddit that he plans to offer the functionality as part of a separate app that can be sideloaded onto Quest and bypass Oculus' strict requirements for apps that appear in its store.

In this article: business, facebook, gaming, oculus, oculus app, oculus quest, steamvr, virtual desktop, virtual reality
All products recommended by Engadget are selected by our editorial team, independent of our parent company. Some of our stories include affiliate links. If you buy something through one of these links, we may earn an affiliate commission.