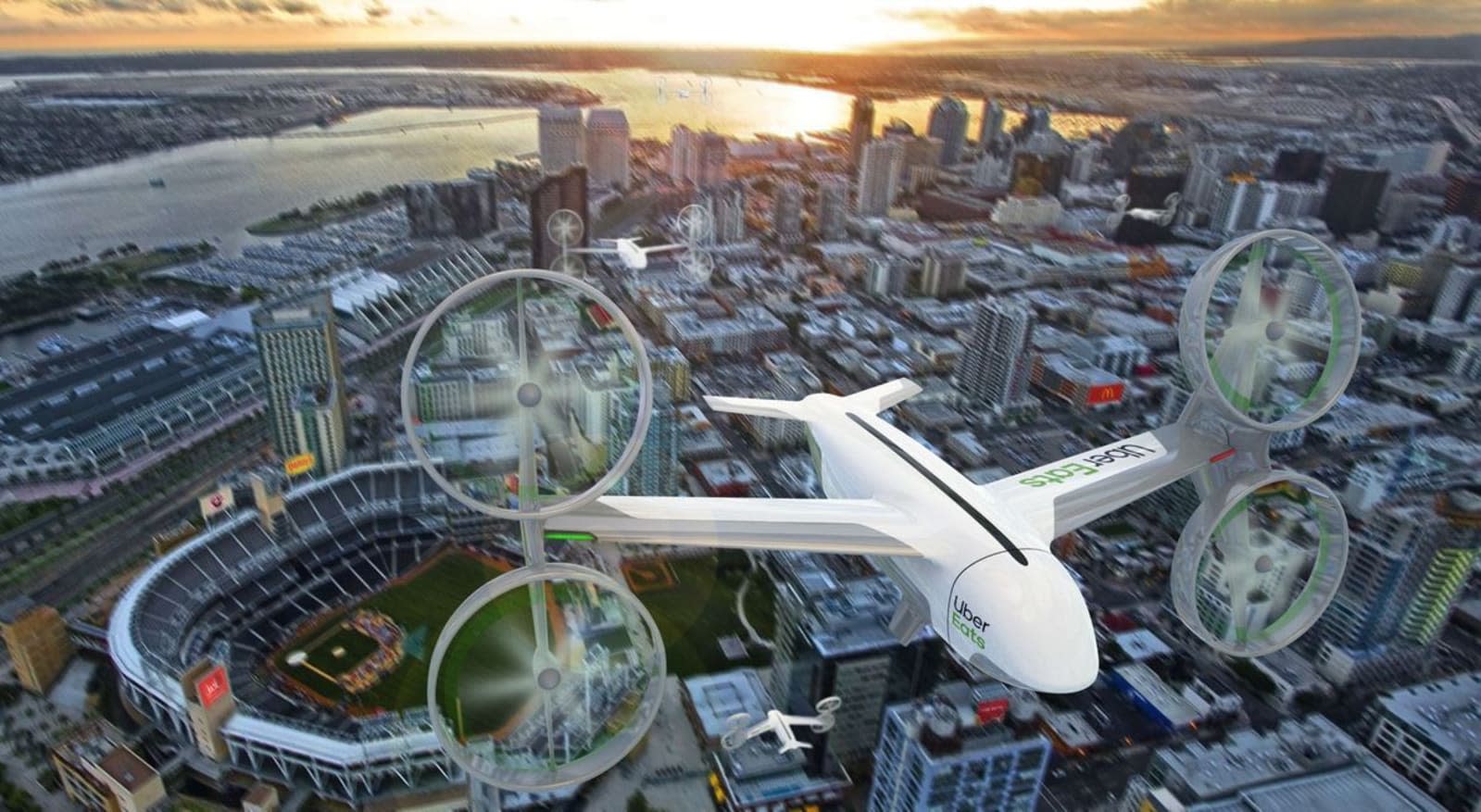 Move over, Uber Eats. Uber Elevate plans to deliver food via drone as early as this summer. To start, the service will be available in San Diego, and since Uber has been working closely with McDonalds, it will likely be optimized for things like Big Macs and fries.

According to Bloomberg, Uber Elevate doesn't plan on delivering food directly to your door, at least not yet. To avoid dropping items on unsuspecting pedestrians or causing excessive noise pollution, the drones will fly to designated landing zones -- they may land on the roofs of parked Uber cars. Couriers will then collect the deliveries and carry them the last leg of the journey. Still, Uber Elevate says delivering food 1.5 miles via drone will take about seven minutes, compared to 21 minutes for the same trip via ground transportation. Pricing for food delivery via drone will likely be consistent with Uber Eats delivery rates. As Bloomberg points out, in San Diego, those fees can range up to $8.50.

Uber Elevate plans to unveil its own customized drone this year and claims it could reach up to 70 mph. But the company is still waiting on Federal Aviation Administration (FAA) approval. Kate Fraser, head of policy at Uber Elevate, told Bloomberg it will take at least three years to implement Uber Elevate food delivery in a handful of markets.

While Uber reported a net loss of $1.1 billion in the first quarter of 2019, Uber Eats generated $536 million -- an 89 percent jump year-over-year. So it's not surprising that Uber Elevate, the company's aerial arm, wants to get in on the food delivery business. It's not without competition, though. Google's Wing already received the first FAA certification for drone delivery, and it plans to begin trials in Virginia sometime this year. Amazon just unveiled its new Prime Air delivery drone last week, and it hopes to use it for home deliveries. Despite the crowded field, Uber Elevate appears confident it can be one of the first drone-based food delivery services.

In this article: business, commercial, courier, drone, drones, faa, food and drink, food delivery, food-and-drink, foodanddrink, gadgetry, gadgets, gear, mcdonalds, robots, san diego, tomorrow, transportation, uber, uber eats, uber elevate
All products recommended by Engadget are selected by our editorial team, independent of our parent company. Some of our stories include affiliate links. If you buy something through one of these links, we may earn an affiliate commission.