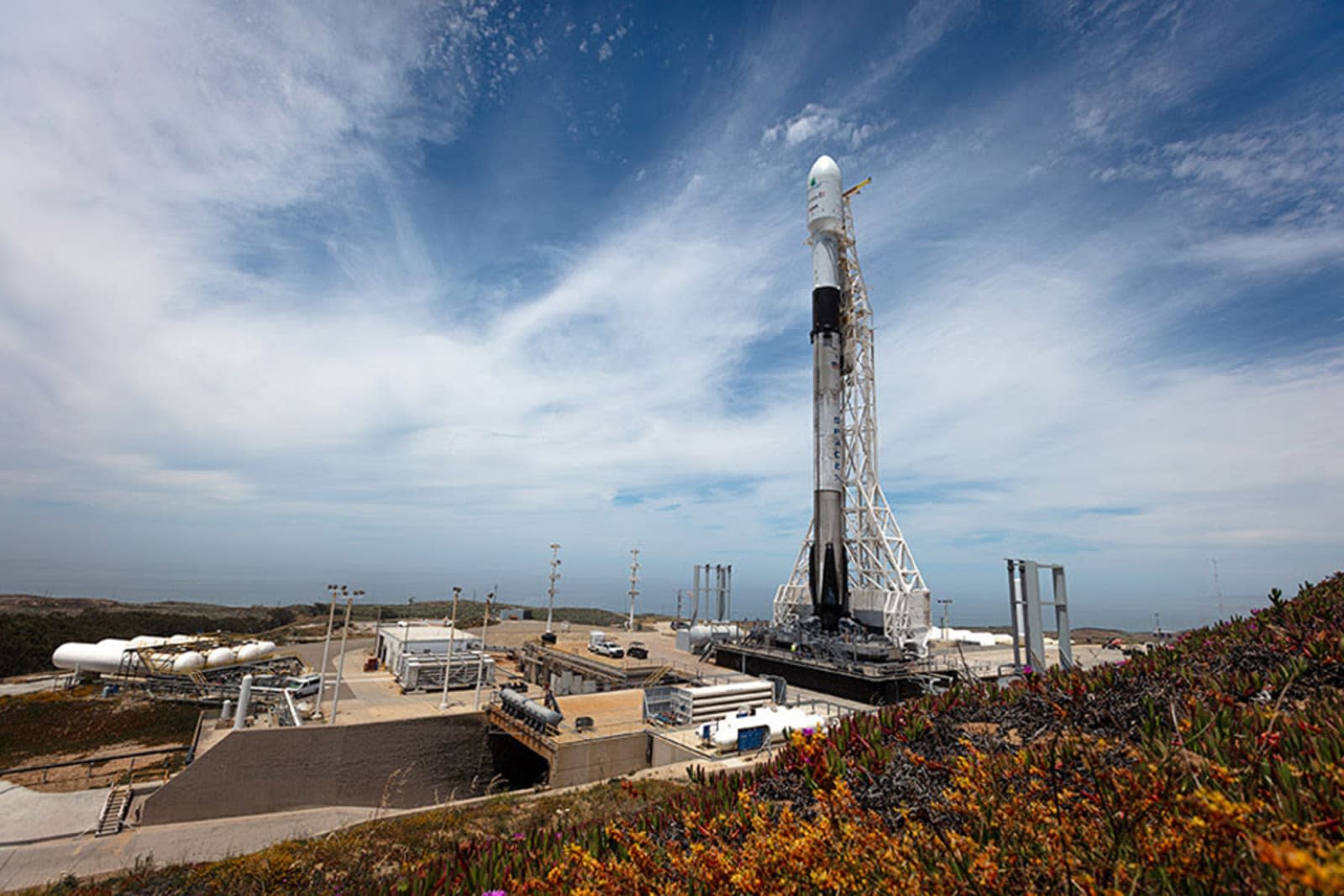 SpaceX is about to get your morning started in dramatic fashion (if you're in the Americas, that is). The private spaceflight outfit plans to launch Canada's RADARSAT Constellation Mission as soon as 10:17AM Eastern, with the satellites deploying in earnest 54 minutes after blastoff. The company is using the same Falcon 9 first stage that put the Crew Dragon demonstration mission into orbit back in March, and it expects to land the rocket at Vandenberg Air Force Base.

The flight has a relatively narrow 13-minute window. If it can't make that, there will be a backup window on June 13th at the same time of day.

The RADARSAT Constellation Mission involves three synthetic aperture radar satellites that will supply considerably more advanced Earth observation data than the earlier, single-satellite RADARSAT-2. It'll not only help cover Canada's vast territory more effectively, but will also supply "daily" coverage of 90 percent of the world's surface. That in turn will help scientists in Canada and elsewhere track environmental traits like climate change and human land use. This mission may be relatively routine as far as SpaceX is concerned, but it could be useful to the whole planet.

In this article: canada, falcon9, gear, radarsat, rocket, satellite, space, spaceflight, spacex, video
All products recommended by Engadget are selected by our editorial team, independent of our parent company. Some of our stories include affiliate links. If you buy something through one of these links, we may earn an affiliate commission.