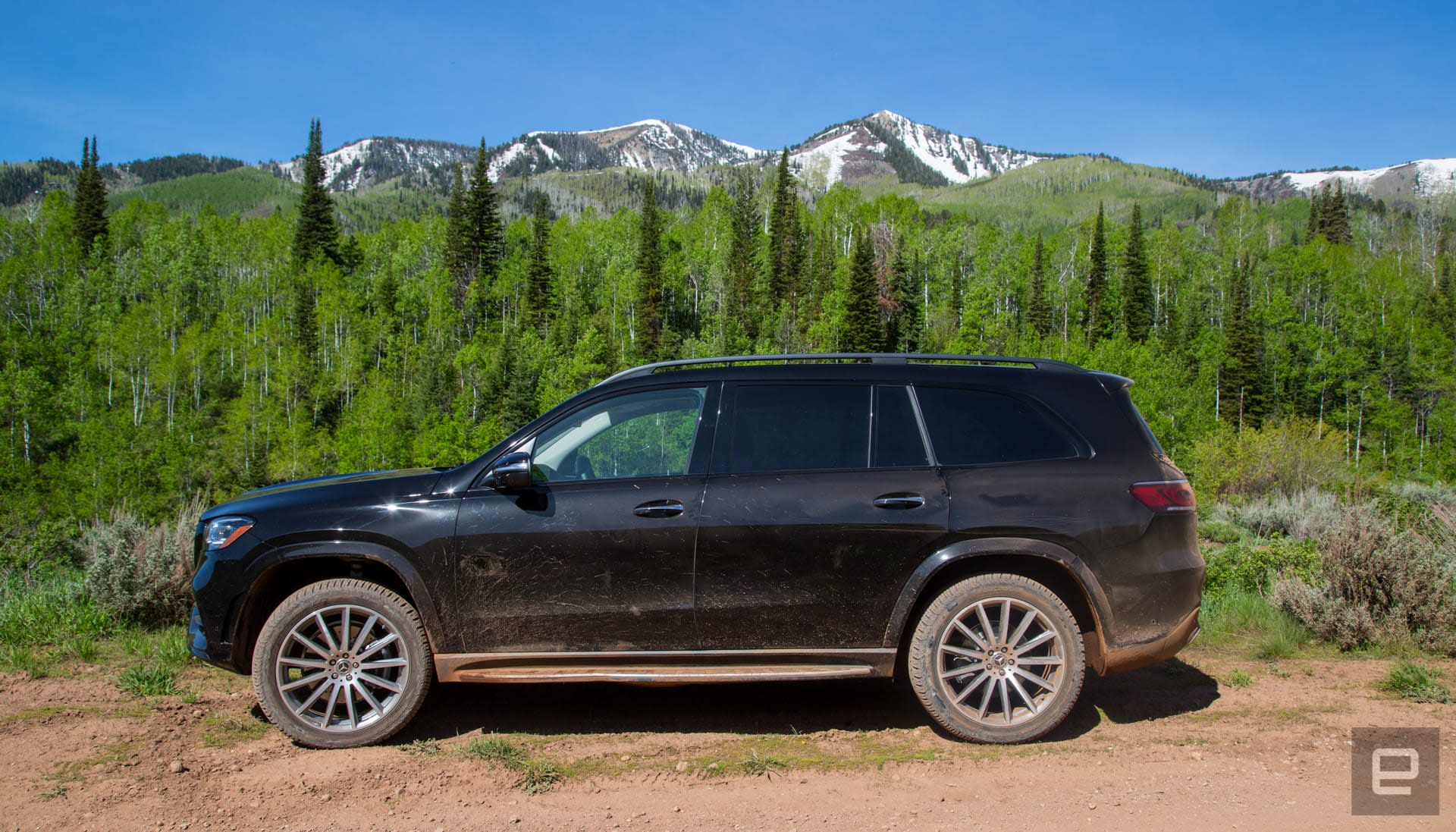 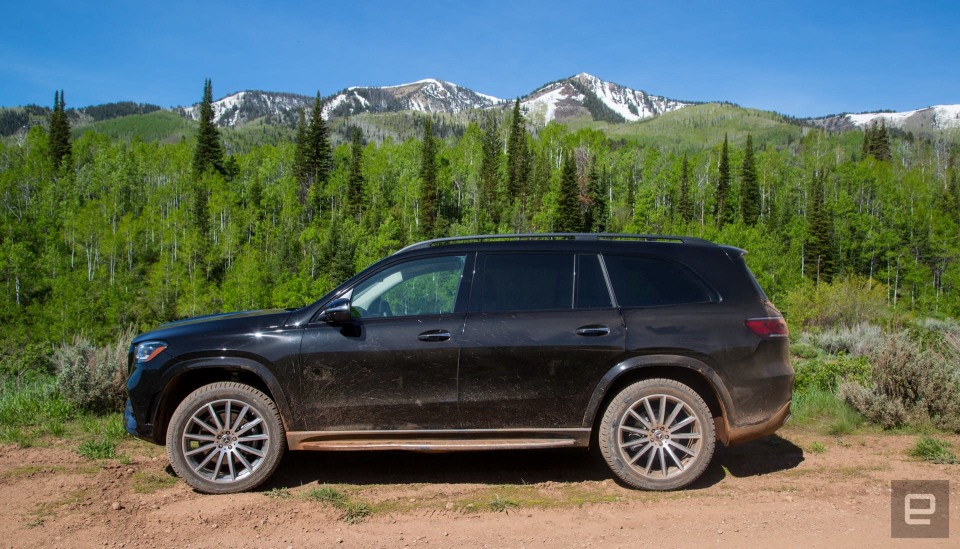 The S-Class in front of me has its left-front tire off the ground. Soon, my luxury Mercedes will be traversing the same course. I'm not concerned because, over the course of two days while driving around Utah, I've come to trust that the new GLS can handle most of the obstacles the world throws at it. 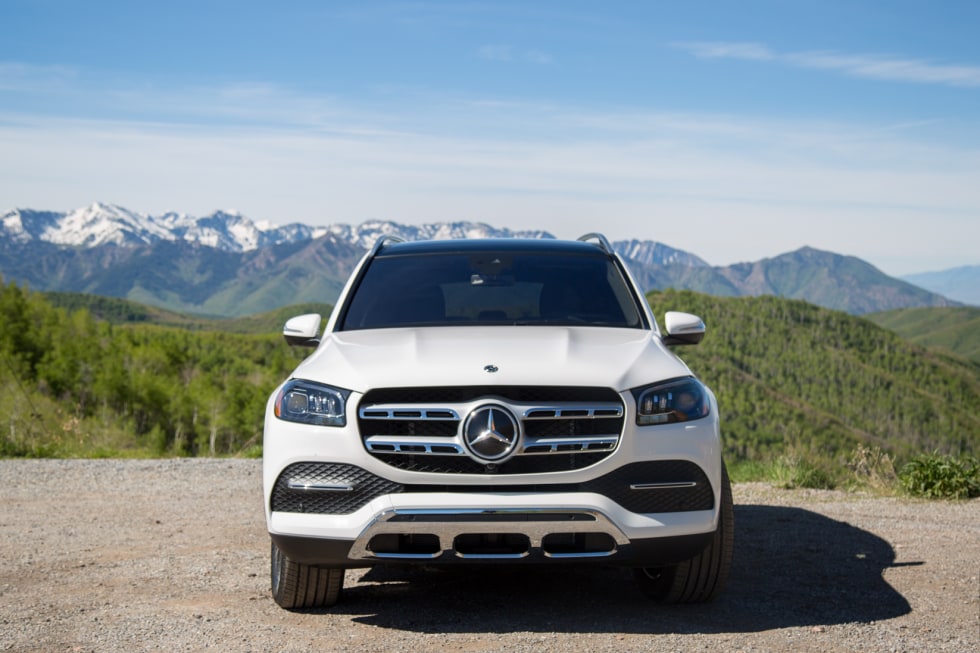 The new 2020 Mercedes GLS (starting at $75,200) takes an S-Class sedan, a G-Class wagon, and a large third-row SUV and smashes them all together into a large but surprisingly nimble vehicle with room for seven passengers. What's nice is that all those folks will be able to bask in Mercedes luxury while the SUV tackles snow, dirt roads and even very large ruts in the road that cause some of the wheels to leave the round.

These folks will also be hosted by Mercedes' MBUX infotainment system. I've talked at length about how its the best in the industry and the gold standard by which all others should be judged. A lot of that has to do with the voice control. In this vehicle -- and others from the German car company -- I've stopped using Siri and Google Assistant and opted for "Hey Mercedes." Considering how much of a lead Google and Apple have over automakers, it's impressive what Mercedes and its partners, SoundHound and Nuance have accomplished.

But the fun new tech is under the hood. Well, actually further under that. It's the suspension. The E-Active Body Control system does a great job smoothing out the bumps both on asphalt and in the dirt. The result is a spectacular ride and better than what's found in a majority of other SUVs. It accomplishes this in a rather novel way. It uses two cameras mounted in the front of the vehicle to "see" and create a 3D map of the terrain. That information is then fed to the car which primes the suspension to suck up the bumps and holes as each wheel encounter them. 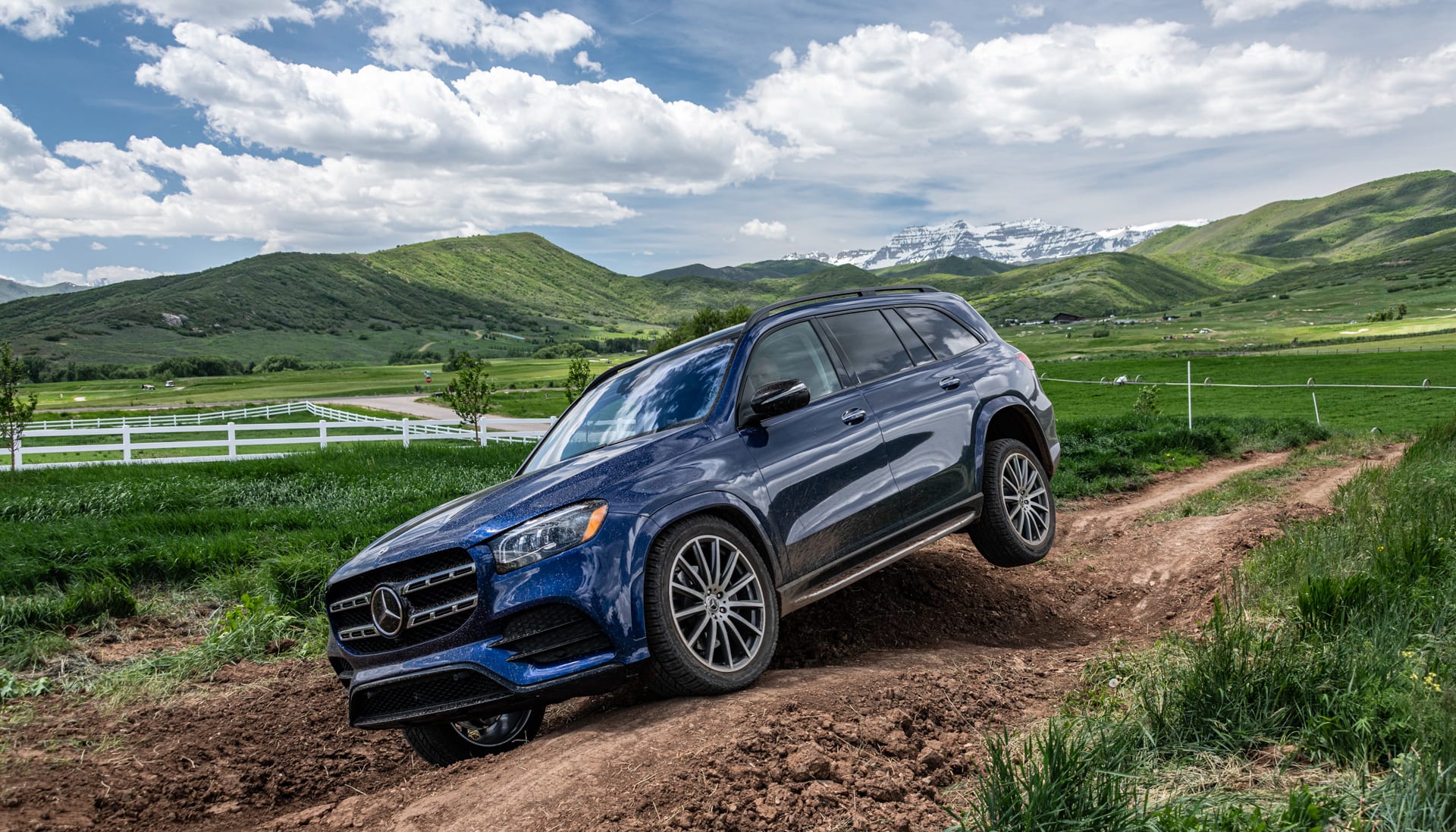 During my drive, it did exactly that on the paved road and up until we encountered some serious terrain in the dirt. It consistently flattened out the interior experience while driving over gravel and some medium sized ruts. Anything more extreme and it was hard to gauge just how much it was reducing the motion being experienced by myself and my passenger. At some point, no amount of tech is going to keep you from being tossed to and fro while driving over large rocks and down steep ravines.

A fun little feature Mercedes threw into the car is the ability to "score" your off-road driving. You can earn up to 100 points. I only got up to the mid-50s in my drive. I have shamed my family. I found out later that the trick is to drive slow. So ease up on the accelerator for maximum points in your fancy new off-road machine.

Sadly most of the GLS SUVs will never do any serious off-roading. Unless you count pulling off the road to a dirt shoulder to take a sweet selfie with a landscape. Fortunately, the suspension system is just as feature filled on asphalt as on gravel.

For example, the Curve feature is novel and fun. It reduces the lateral movement inside the cab when the SUV goes around a corner. It works like this: when the GLS encounters a curve, it raises up the outside edge of the vehicle. So when the SUV turns right, instead of the occupants feeling the pull to the left, the left side of the vehicle lifts up to counter the centrifugal force. It's weird, but it works. 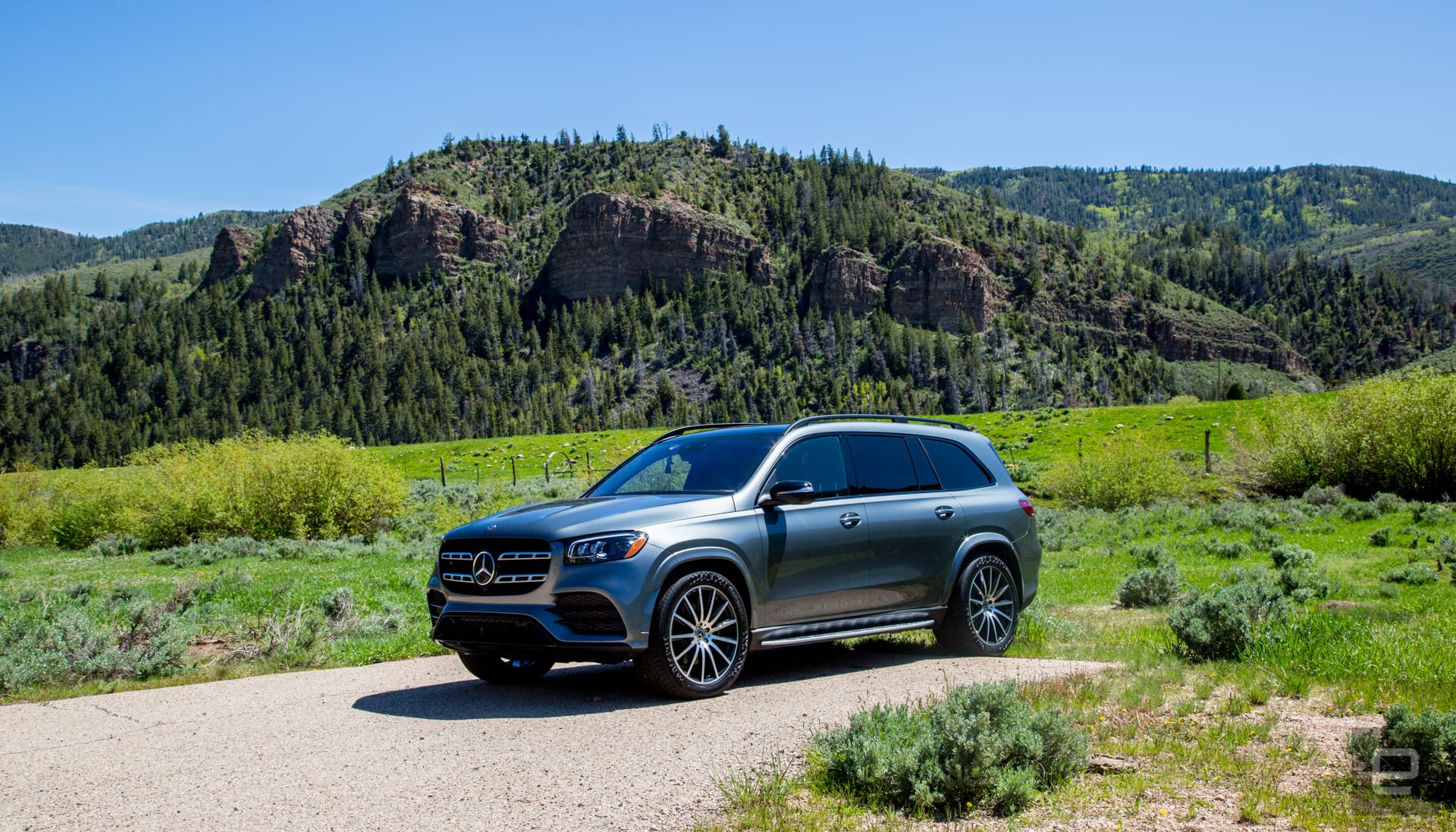 When you're not driving over things or around sharp corners, the GLX comes with two different engine options: A 3.0-liter inline-6 turbo or a Biturbo 4.0-liter V8. Having driven both, the V6 should be more than adequate for most folks. Sure there will be the folks that absolutely need a V8 for some reason, but in reality, the V6 is capable of pushing the large Merc up hills, around slower drivers and off the line with zero issue.

Both engines come with EQ-boost, Mercedes' 48-volt mild-hybrid system. The extra power is needed to power the E-Active suspension but also it helps ease auto-start and if the car is cruising in Eco mode, it turns off the engine to save gas. It happened a few times during the drive but the cabin of the GLS is so quiet, I really had to pay attention to notice.

Which is really what an S-Class should be. A quiet, luxurious way of getting around town. The GLS hits those marks. But it also has seating for a large family and if that brood wants to go camping (or glamping. It's an S-Class after all), the SUV is more than capable. Mercedes seems to have wanted to please everyone with the GLS and it looks like it might have pulled it off.

In this article: 2020 GLS, business, design, e-active suspension, gadgetry, gadgets, gear, gls, mbux, mercedes GLS, mercedes-benz, s-class, transportation, video
All products recommended by Engadget are selected by our editorial team, independent of our parent company. Some of our stories include affiliate links. If you buy something through one of these links, we may earn an affiliate commission.