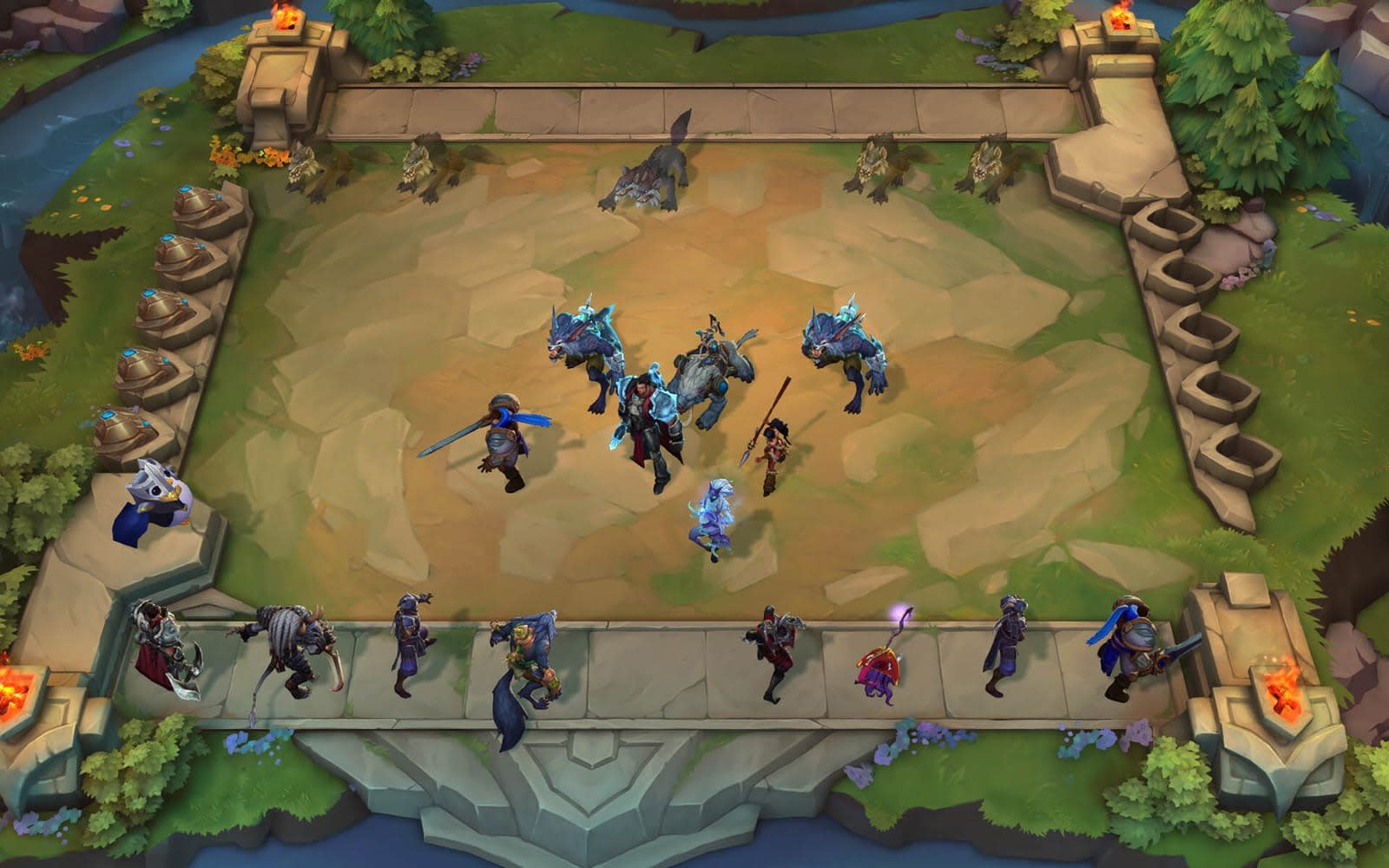 Riot Games isn't going to let Dota Underlords capitalize on the Auto Chess trend without offering a fight. The developer is rolling out the open beta test for its League of Legends equivalent, Teamfight Tactics, over the course of the week. It's already available on the Japanese and Oceania servers, and should reach North America, Europe, Russia and Turkey the following day. Other regions will join over the two days after that.

Don't expect to simply walk right in. Japanese and Oceanic users will need at least a level 10 account to play early on. The missions and client hubs will only be enabled in some regions (including North America and Latin America) a week after Teamfight Tactics is available. Transfers won't work until July 1st, the practice tool has been disabled, and you can't have more than 10 players in custom modes. Riot wants to be sure everything is working "as intended," and doesn't want to rob people of rewards (like a Little Legend and a beta pass) until then.

If you do play, it might seem familiar. It's a rough equivalent to the popular Dota Auto Chess mod (and by extension, Dota Underlords) that has eight players choose teams of champions that automatically do battle against each other. Whoever's the last one standing wins. It's a blend of strategy, turn-based gaming and even a dash of card gaming, and it's been rabidly popular -- to the point where Riot and Valve both felt compelled to produce official counterparts. There's no guarantee they'll be as popular as the original, but that clearly isn't stopping them from riding the bandwagon.

In this article: auto chess, beta, games, gaming, league of legends, open beta, personal computing, personalcomputing, riot games, teamfight tactics, video games
All products recommended by Engadget are selected by our editorial team, independent of our parent company. Some of our stories include affiliate links. If you buy something through one of these links, we may earn an affiliate commission.