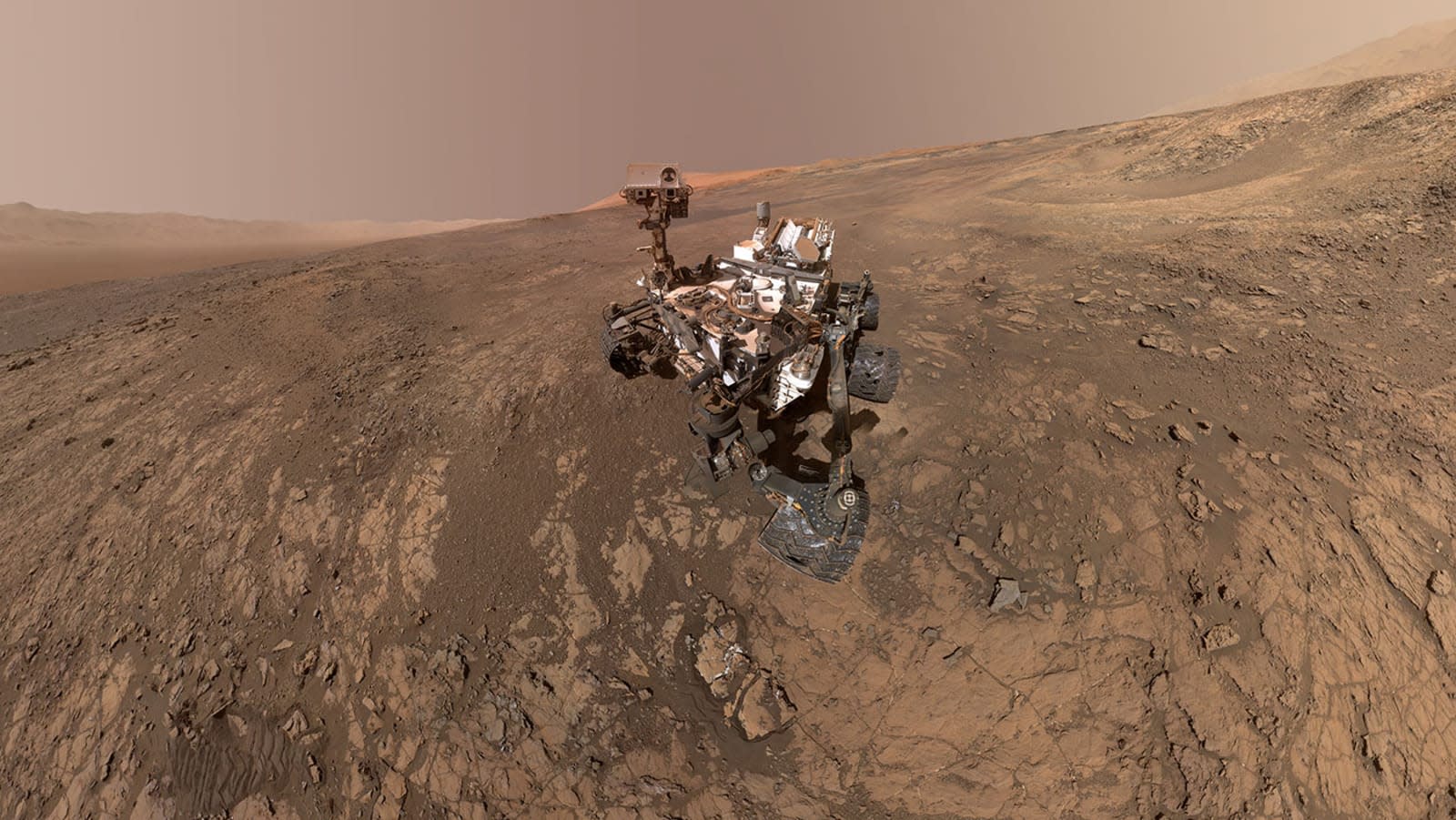 NASA has confirmed that the Curiosity rover recently detected the "largest amount of methane ever measured during the mission." The levels were enough to pause the rover's activities as scientists sought more answers: Methane is a gas typically produced by life as we know it, after all, and it could be a sign of life on the planet. Curiosity's methane reading came to 21 parts per billion units by volume, which is thrice the amount it sniffed out during a surge in 2013.

During a follow-up test over the weekend, though, scientists found that the methane levels around the rover already dropped sharply. Curiosity detected normal methane levels (1 part per billion by volume) following the sudden elevation, suggesting that the abnormally high values came from transient methane plumes. So, what does that mean? Well, Paul Mahaffy, the principal investigator for Curiosity's Sample Analysis at Mars instrument, said during a townhall event: "A plume came and a plume went."

Curiosity unfortunately doesn't have the instruments to determine whether the source of methane is biological or geological. Further, scientists have yet to figure out a pattern for Martian's transient plumes. In other words, they're still nowhere close to unraveling the planet's methane mystery. They need to gather more information through Curiosity and from other missions to gain a deeper understanding of the plumes. When they finally understand where the plumes are coming from, maybe then they can figure out whether the presence of methane on the red planet truly is a sign of life.

"The methane mystery continues. We're more motivated than ever to keep measuring and put our brains together to figure out how methane behaves in the Martian atmosphere."

In this article: curiosity, mars, methane, NASA, space, tomorrow
All products recommended by Engadget are selected by our editorial team, independent of our parent company. Some of our stories include affiliate links. If you buy something through one of these links, we may earn an affiliate commission.