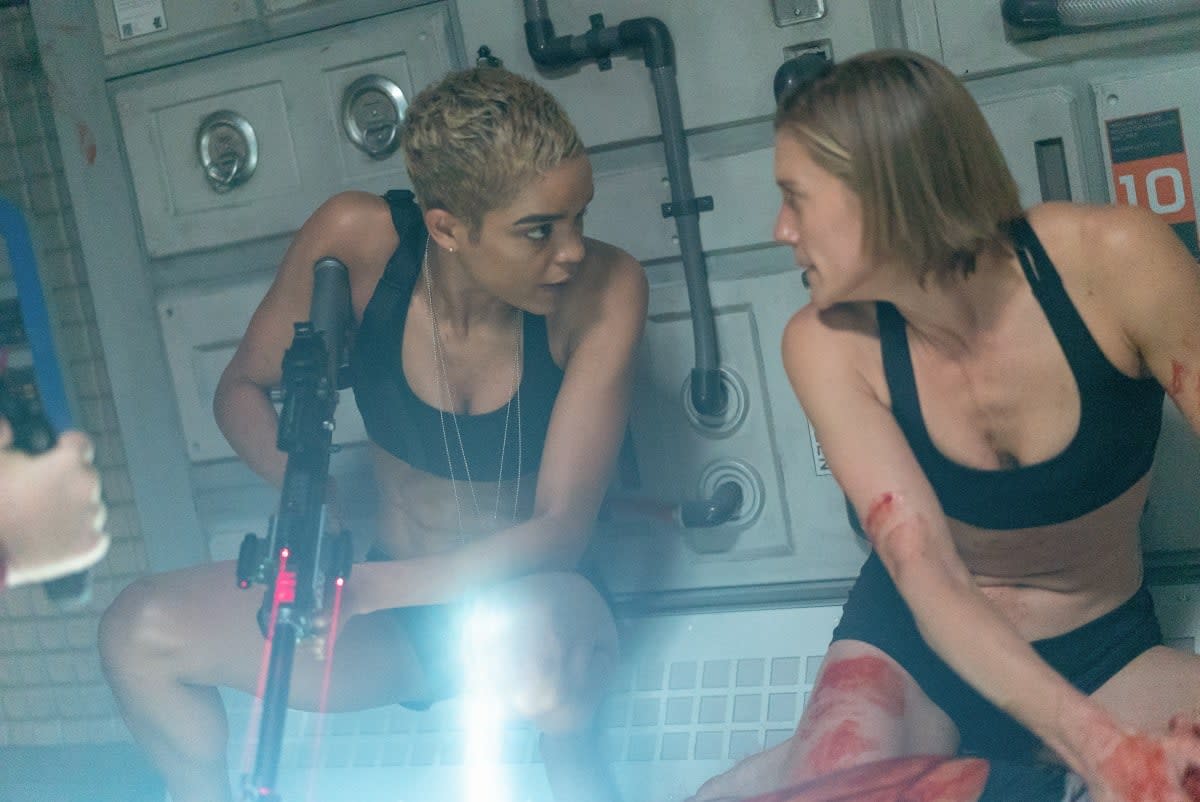 It's been a while since we heard about this 10-episode sci-fi series from Netflix that features Battlestar Galactica and Longmire star Katee Sackhoff, but now there's a new teaser trailer for Another Life. According to the synopsis, her character Niko Breckenridge is on an interstellar mission to find the origin of a massive alien artifact after it lands on Earth, while her husband stays home investigating it.

As you might have guessed, the mission doesn't appear to be going well, however the trailer doesn't explain quite what threat anyone is facing. Selma Blair and Justin Chatwin are also appearing in the Aaron Martin (Slasher) created show. We won't have to wait long to find out what the deal is -- Another Life premieres July 25th.

I'm sensing a theme here ☺️ I've been thinking a lot about you too 😘 I'm so excited to be back in space on Another Life!! I'm dying of anticipation waiting for it to come out!!!!!😫😫😆 https://t.co/TvBWT7ErLJ

In this article: Another Life, av, BSG, entertainment, Katee Sackhoff, Netflix, sci fi, streaming
All products recommended by Engadget are selected by our editorial team, independent of our parent company. Some of our stories include affiliate links. If you buy something through one of these links, we may earn an affiliate commission.