The father of AI gets the acknowledgement he deserves.

Turing is perhaps most well known for his work on cracking the Enigma code which was key to Allied intelligence during the war. His life story was adapted for the big screen in 2014 in the film The Imitation Game, and today his name lives on as a benchmark in AI testing.

The Bank chose Turing from a shortlist of almost 1,000 scientists, selected from 227,299 nominations submitted by the public. 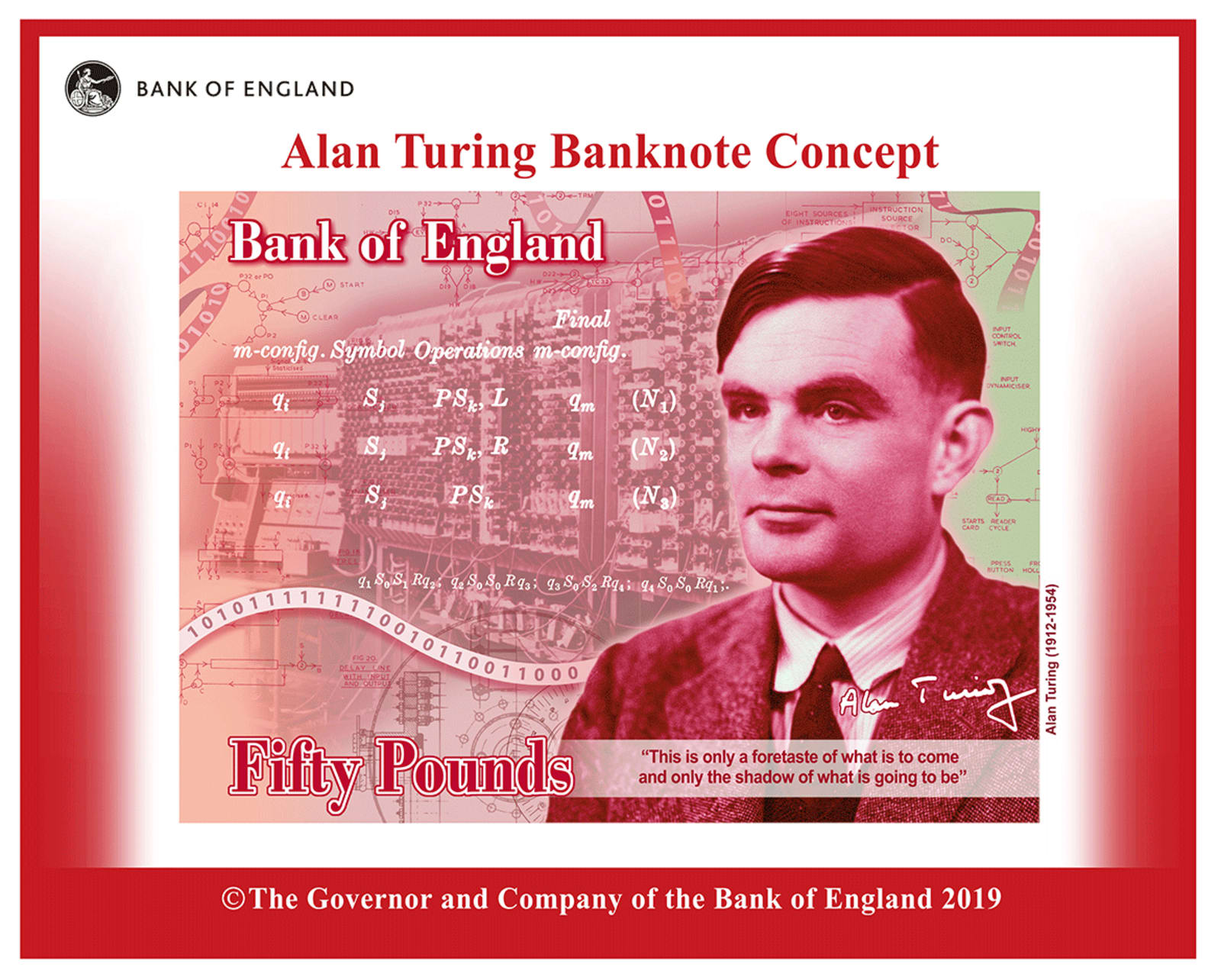 "Alan Turing was an outstanding mathematician whose work has had an enormous impact on how we live today," Mark Carney, the governor of the Bank, said. "As the father of computer science and artificial intelligence, as well as a war hero, Alan Turing's contributions were far ranging and path breaking."

In 1952 Turing was convicted for having an affair with a man and was chemically castrated. He died two years later by cyanide poisoning in what is believed to have been a suicide.

In 2013, the British government issued a posthumous pardon and apologized for how he was treated. Three years later, an "Alan Turing law" was introduced which retroactively exonerated other men who had been convicted for having consensual same-sex relationships.